* The route of the coronation parade has changed slightly. You can find the new route map below.

In the coronation procession, visitors and viewers can see the different kings from the past with their contemporary procession who were crowned in Bratislava, while King Ferdinand II will ride on horseback with his suite at the lead of the procession. The clergy, led by the archbishop, will also walk in the procession in front of the crown jewels.

The audience will thus see the evolution of clothing, armour and accessories over time. Throughout the procession, the Herald will be in the Main Square to bring you information about the historical background of the coronation, together with the trumpeters in the Town Hall Tower, and once the procession has shown itself, he will also introduce its various parts.

Two oaths were part of the Hungarian coronation ritual: the “coronation oath” and the “oath to the country”.  The coronation oath consisted of the act of the king mounting his stallion on his hind legs and waving the coronation sword to the four cardinal points to show that he was ready to defend the country against enemies, wherever they might come from. The audience can enjoy this act on the Tyrš embankment at 17:30, where the King will put his horse on its hind legs and perform a ritual battle with the enemies.

By swearing an oath to the country, the King pledges to respect and honour the laws of the land, customary law and all privileges previously granted, whether to individuals or communities. Under the Golden Bull of Andrew II, violation of this oath entitled the inhabitants of the kingdom to rise up with arms in hand against the king. That is why there have been so many rebellions in the history of Hungary!

The Coronation Parade will start on Saturday 14 August at 15:00 at Bratislava Castle and will end at the Main Square at 16:00. See the parade route. 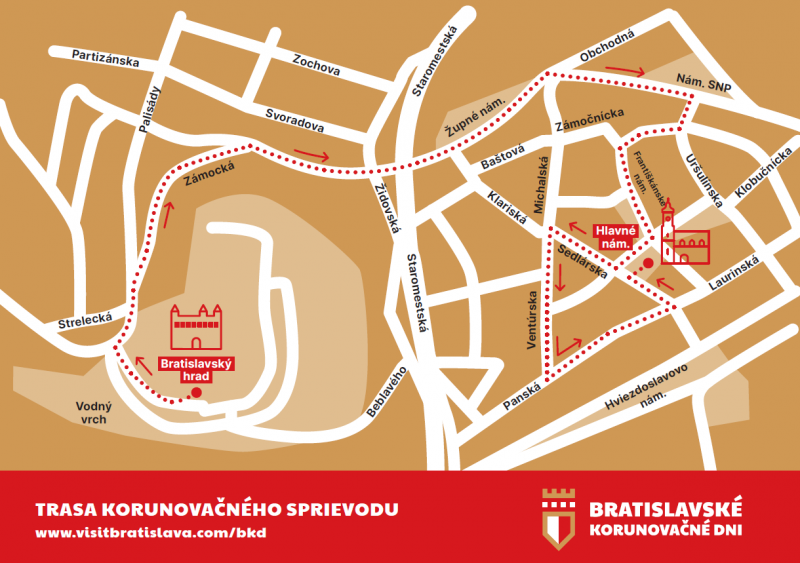 Knight tournaments were a natural part of the coronation festivities. The Knights’ Tournament will therefore take place on Tyrš embarkment at 18:00, but before it starts at 17:30, visitors will be able to enjoy historical dances, fencing and a flag ritual. Visitors will then watch the coronation oath ceremony, where the king will stand his horse on its hind legs and wave his sword to the four cardinal points.

At the same time, the audience will be able to hear about the most successful monarch on the Hungarian throne – Maria Theresa, who left a significant mark in all areas of social life and still today represents the model of an enlightened monarch who puts the interest of the country above all other values.

Fencing and dance performances will begin on Saturday 14 August at Tyrš embarkment at 17:30, the knightly tournament at 18:00. Registration for the performances is required using the form below. 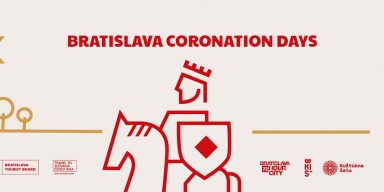 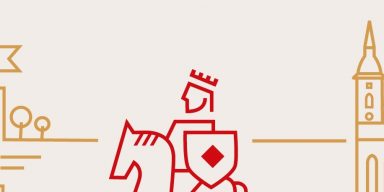 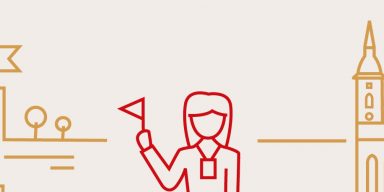 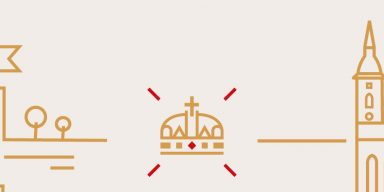