The concerts, which are part of the „operaMozart Classical“ cycle, are organized by operaMozart Agency in cooperation with Slovak Association of Tour Operators and Travel Agencies (SACKA) and Bratislava Culture and Information Centre (BKIS). These concerts in the Primate´s Palace are part of the series of events targeted not only at the clients of the Danube River Cruises but also for the general culturally orientated public.

„Il cimento dell´armonia e dell´inventione“ – the title of the collection itself reveals the conflict between the art of composition (harmony) and improvisational abilities directly on stage (invention). In The Four Seasons, however, Vivaldi went further than improvisation on purely musical ideas. He wrote a detailed program describing the different seasons of the year into the score. This narrative element is captured by Italian sonnets, probably written by Vivaldi himself. You will hear these original texts in several languages simultaneously with current lines from the score shown on the screen.

All the discounts can be claimed at all Ticketportal sales points and at the Tourist Information Centre at Klobučnícka Street 2.

A special offer for the International tourism fair (ITF) Slovakiatour:
A 20% discount off the ticket price for the concert at the Primate´s Palace is only valid on the day of the concert with the used card from the fair when bought at the Tourist Information Centre at Klobučnícka Street 2.

The event is financially supported by Ars Bratislavensis and organised by operaMozart Agency. 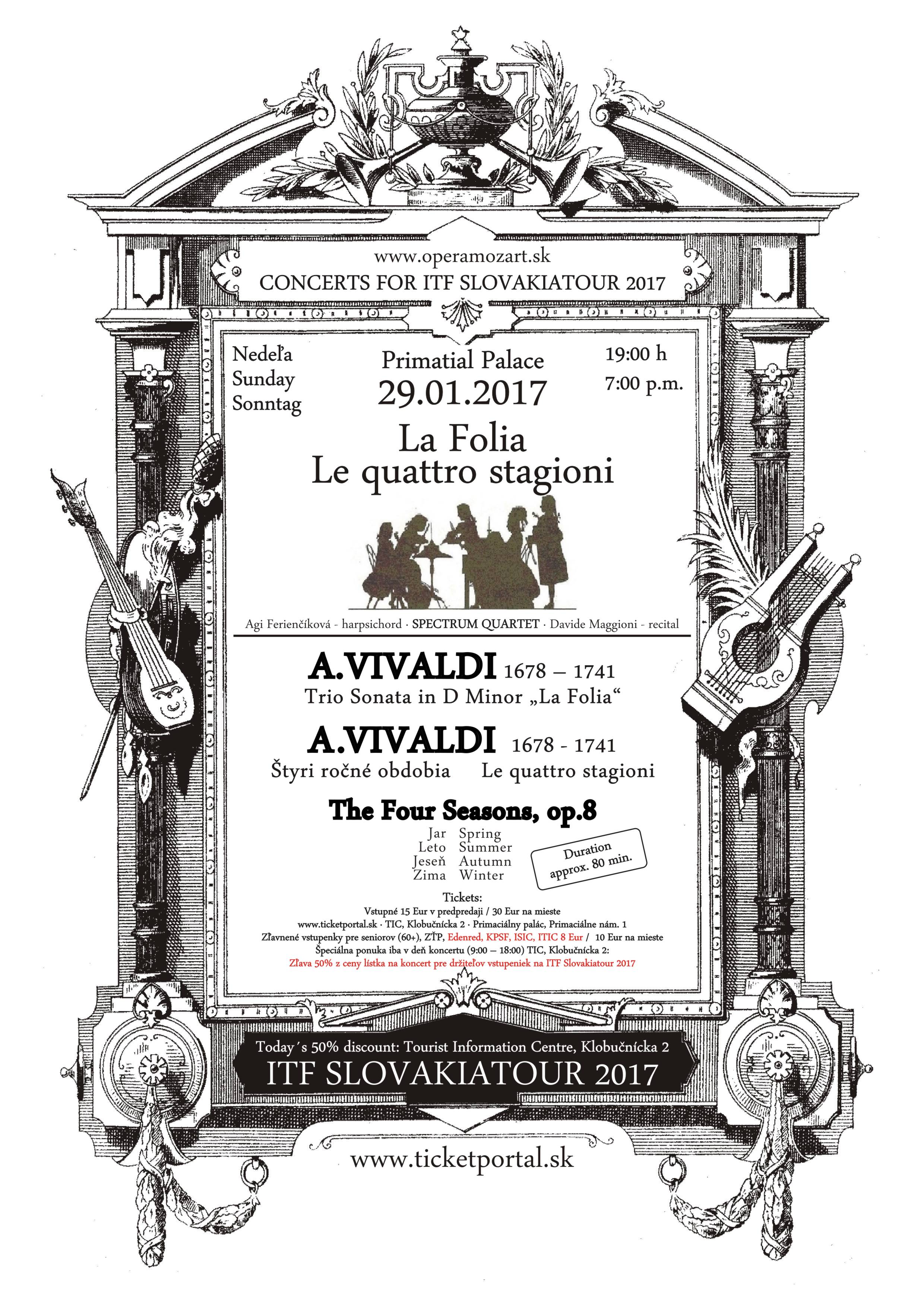