The Aigyptos Foundation has prepared the sixth annual cycle of public Egyptological lectures in 2017. The series of lectures is organized in cooperation with Bratislava City Museum, the Institute of Oriental Studies of the Slovak Academy of Sciences and under the auspices of the Embassy of the Arab Republic of Egypt to Slovakia. This year’s “Voyages to Ancient Egypt” will traditionally focus on various aspects of the history, culture and life of ancient Egyptians and their civilization. Twelve lectures will be held in the Faust hall of the Bratislava City Museum on selected Fridays between January and June 2017. Renowned Slovak Egyptologists and Archaeologists, working in Slovakia and Austria, as well as in Czech Republic and other countries, and their Czech guests, have prepared several interesting topics for the fans of the Ancient Egyptian history.

More detailed information on individual topics, lectures and lecturers are available on www.aigyptos.sk. 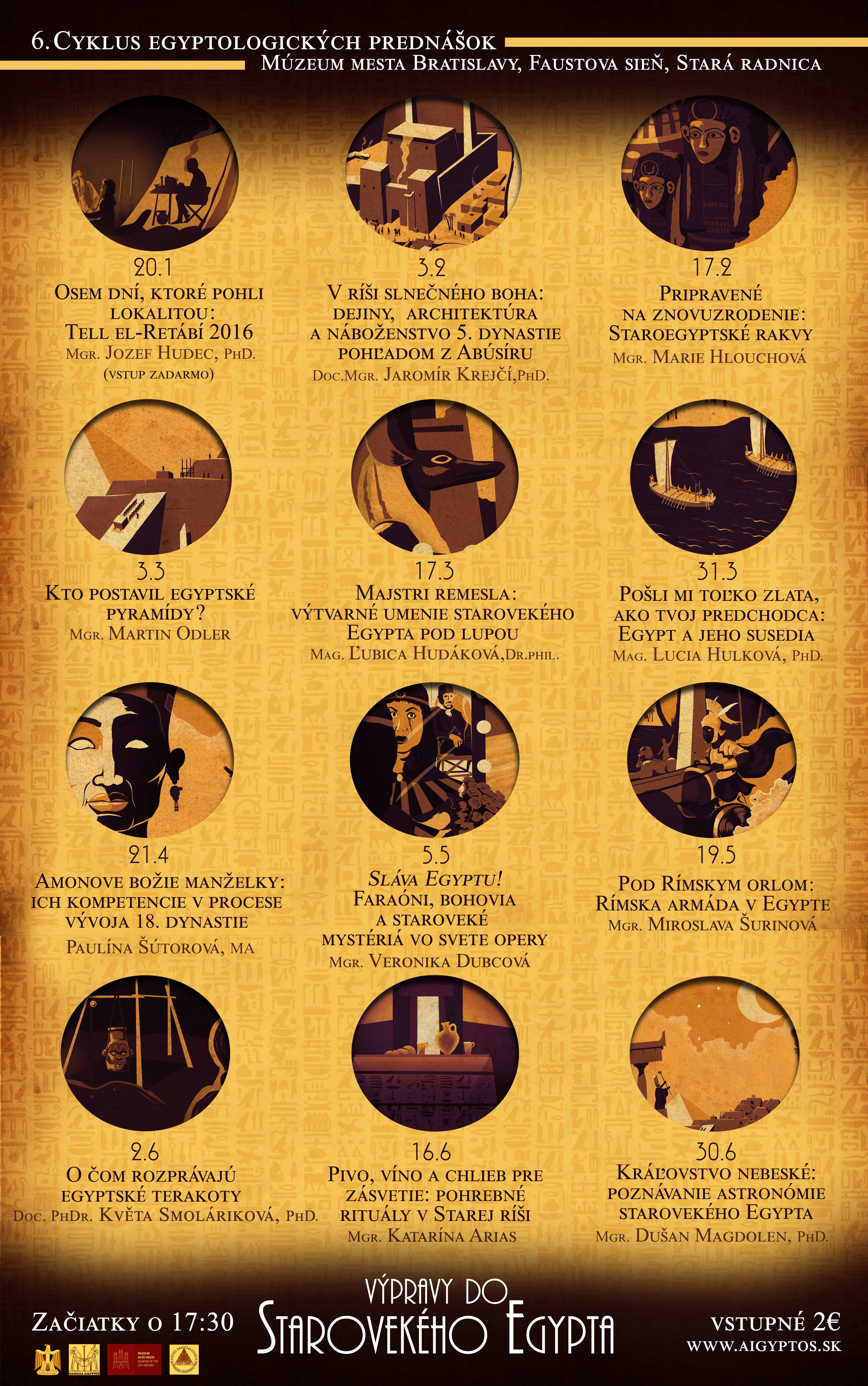