Imagine a place where the beauty of ballet, the passion of  opera, the power of philharmonic music and the intimacy of chamber concerts meets its audience in the most beautiful historical location. Imagine Bratislava  goes classical.

Whilst walking through the Old Town, visitors will notice a series of memorial plaques on the walls of the various palaces, often displaying Bratislava’s links to it’s rich history of classical music. Some of history’s most significant composers are known to have played their sonatas at the homes of Bratislava’s noble families. A six-year-old Wolfgang Amadeus Mozart is believed to have performed a concert on Ventúrska Street in 1762. In 1820, a nine-year-old Franz Liszt performed in what is now the University Library. Both visited Bratislava at the beginning of their illustrious careers and dazzled local audiences. Liszt became a regular visitor to Bratislava.

During the 18th century, the Austrian classicist composer Joseph Haydn worked as a Kapellmeister (in charge of music) for Prince Nikolaus I Esterházy in one of Esterházy’s palaces on Kapitulská Street. (The ruins of the palace still stand.) In 1772, Haydn conducted the wedding ball of Queen Maria Theresa’s daughter in Grassalkovich Palace, which is the current seat of the Slovak President.

Esterházy also hosted Haydn and Mozart’s student, Ludwig van Beethoven, who visited Bratislava several times and had many friends here. Bratislava also boasts its own home-grown talent to match this group of successful visiting musicians: Johann Nepomuk Hummel, who was born in 1778 in Nedbalova Street in Bratislava, where you can find his museum. Hummel was a roommate of Mozart and at the time was equally well-known as his friend. Forty-eight years after Hummel’s death, the Russian pianist and composer Anton Rubinstein played a memorable concert in Bratislava to raise money for Hummel’s memorial.

The Slovak National Theatre was established in 1920 shortly after Czechoslovakia was established. There are two venues to choose from when booking ballet or opera tickets–the historical “old” building (built in neo-classicist style in 1884-1886) on Hviezdoslavovo Square and the so-called “new building” located on the banks of the Danube (built in 2007). Both companies are first-rate, as evidenced by sell-out crowds that include visitors from nearby Austria who attend by the busload.

The Reduta Building, the present home of the Slovak Philharmonic, is the most important and representative point of cultural and social life in Bratislava’s old city centre. The Reduta became the home of the Slovak Philharmonic in the early 1950s. A former Baroque granary built in accordance with an order of Maria Theresa in 1773. In 1913 – 1919, the building was refurbished  in neo-Baroque style with Rococo and Art Nouveau elements. Many Slovak and foreign craftsmen participated in the decoration of the facade and interiors.

It offers the general public a rich concert life and performances of artists and their ensembles from all over the world.

It is said that to experience a foreign country fully, one must venture out of the city and into the countryside, to explore where authentic culture still exists. But those consigned to the city need not miss out: it is also possible to experience traditional Slovakia without ever leaving the capital.

Visit www.bagoclassical.sk for one stop shop of information relating to  classical music in Bratislava, beauty that lays in the very heart of Danube River and where civilisation’s legacy meets in harmony.

END_OF_DOCUMENT_TOKEN_TO_BE_REPLACED 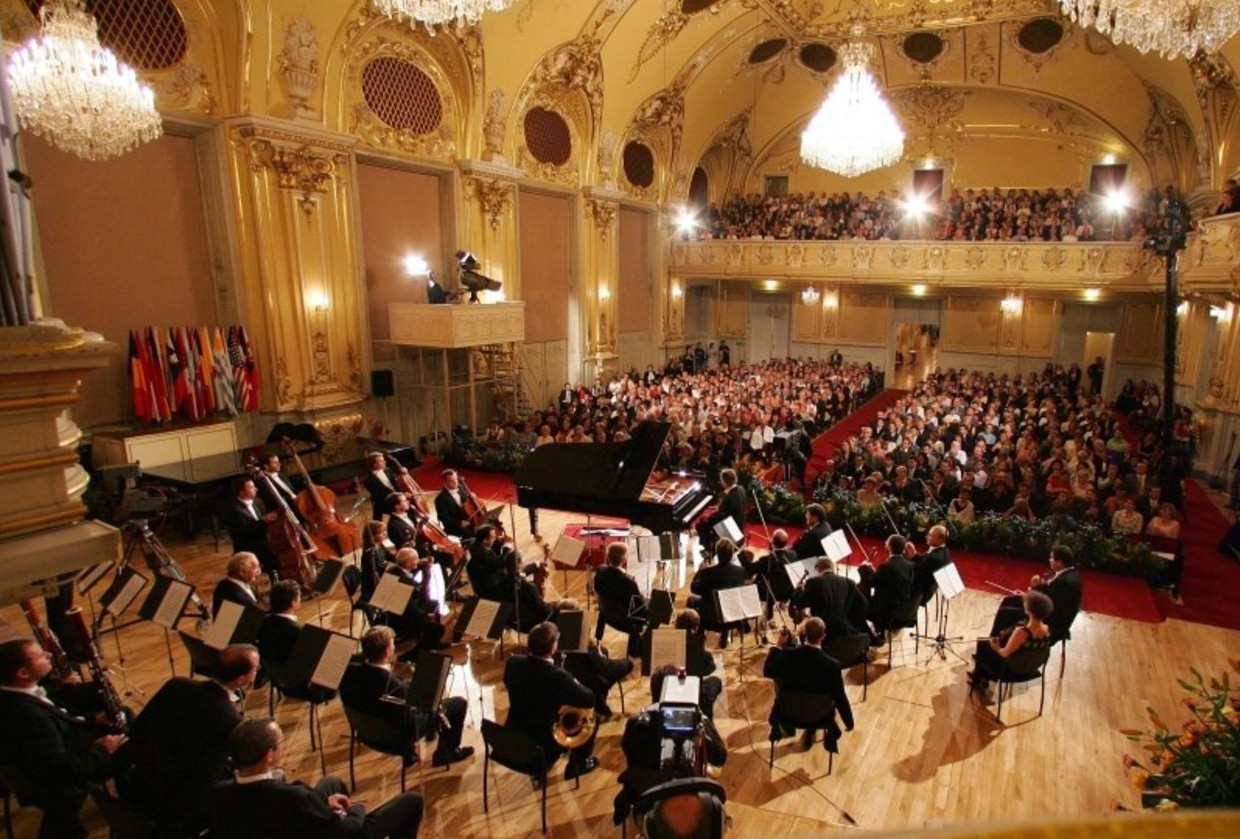