The smart city concept has been around for a while, but not a lot of people really understand what a smart city is. The concept contributes towards a higher quality of life for citizens, users, event organisers and event participants. Bratislava is certainly one of the most advanced cities in this field in the region.

In the meetings industry, the concept is mostly connected to the efficient, active participation of inhabitants in transforming their city into a more friendly and attractive destination for event participants and organisers. I have personally been keeping up with Bratislava for the past decade and can say that the city has made very impressive progress. Although it has not fully caught up with neighbouring Vienna, the gap is getting smaller and smaller. The process of transforming a city into a “smart city” has a few different stages, explained in detail below. After the coronavirus crisis, smart city transformation stages will also include the implementation of health and safety measures, something that Bratislava won’t have a problem with.

Roughly speaking, a smart city uses different tools and devices to collect data. This includes data from citizens, devices, buildings and assets. That data is used to improve operations across the city; from more efficient transportation, managing traffic, and construction of smart infrastructure to power plants, utilities, water supply networks, waste, crime detection, schools, libraries, hospitals and other community services. In addition to all of this, we also need a smart citizen. The most typical example of a smart city operation is traffic signalisation that reduces traffic jams and accidents.

When thinking about the perfect smart city package, cities like Vienna, Munich or Zurich often come to mind. Cities that have dominated smart city scales for years. 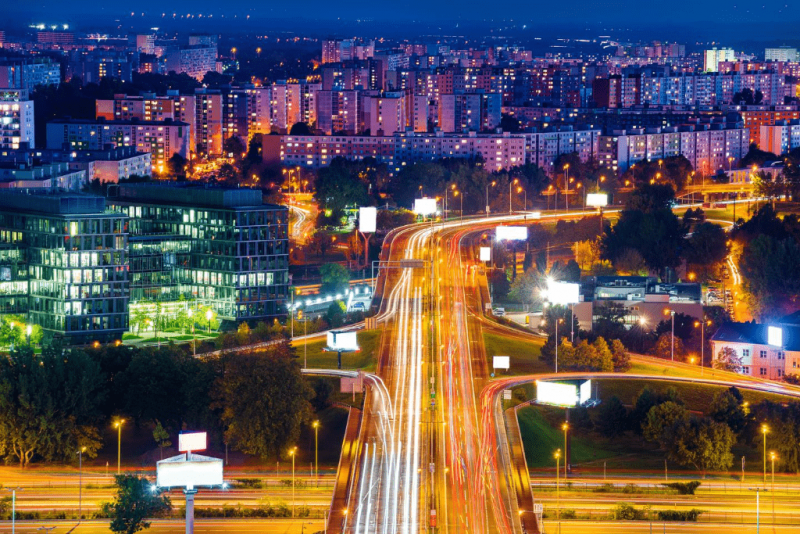 Bratislava’s smart city story is somehow overlooked, despite being the home of some of the best regional start-up companies. We all know about Slovak start-up company Sli.do, especially popular in the meetings industry. Another good example is Sygic, developed in Bratislava in 2004. Sygic is an advanced GPS navigation system, used by over 200 million users. More importantly, their technology is used to optimise traffic flow in cities. A perfect example of how a booming start-up scene can support the smart city concept. It is also why Bratislava was named The Danube Valley – central Europe’s answer to Silicon Valley.

The positive, entrepreneurial start-up spirit has spread to other industries as well. When everything was in lockdown and we were all anxiously waiting to take the next step, Bratislava saw the situation as an opportunity. Live marketing agency Creative Pro was one of the first in Slovakia to start implementing online events. Their pioneering solutions have helped many meeting planners wade through the challenges of the pandemic.

The Danube Valley has incredible potential and Slovak companies are able to compete with the largest international players. There is no doubt that many more technological solutions that will help different industries overcome the crisis will come out of Bratislava. The “San Francisco of New Europe” is getting more and more aligned with the EU Smart Cities 3.0 initiative. In upcoming years, carbon neutrality, or having a net-zero carbon footprint will be something that every city will have to take care of in order to achieve a high quality of life index. Modern destinations should be based on actively involving citizens in social initiatives and co-creation of smart cities. Convention Bureaus can play a huge role in achieving this.

When fully implemented, all of this will be a huge advantage for Bratislava. Especially in post-corona times. Bratislava is a city that has achieved the most growth on the MTLG (Kongres Meetologue) scale in 2020. It is positioned among the TOP 5 destinations in L category.

On the MTLG scale, Bratislava is in the L-category (destinations that can host up to 2,000 congress attendees), together with: