Opening of the exhibition Club 27 will be held on 12th January 2016 at 18:30, accompanied by exhibition curator PhDr. Ivan Jančar, director of the Bratislava City Gallery. 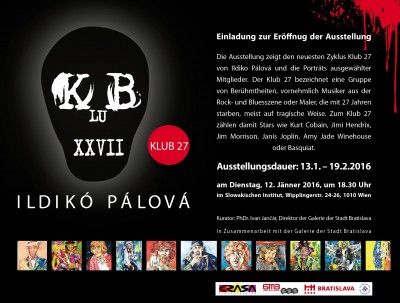