Let the Games begin! Come check out the Romans and experience the life in a once powerful empire

Let yourselves be enchanted by the past in the premises of the ancient site, meet the Roman legionnaires as well as proud Roman ladies and get to know the daily routine, customs and traditions of the Romans. 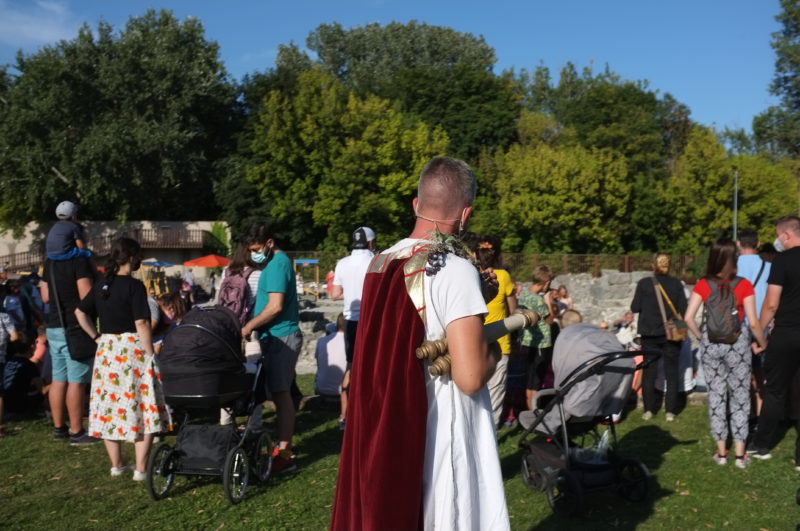 Roman games on the grounds of the Rusovce Manor Park and the Gerulata Castellum in Rusovce bring a glimpse into the history of ancient Rome. You can explore ancient Rome through Gerulata on the second Saturday of September.

This day, the heroic myths of ancient Rome, gladiatorial battles for life and death, the art of charioting of ancient Rome, the main program with all performers and riders about the slave rebellion, or the concert of contemporary music will come to life in front of your eyes.

During the Roman Games, you will get to know the individual areas of life and the thinking of people in ancient Rome. Thanks to these festivities, you will see the old Romans not only as a warrior nation, but also as cultural people engaged in art, philosophy and known for a unique culture of eating or dressing. 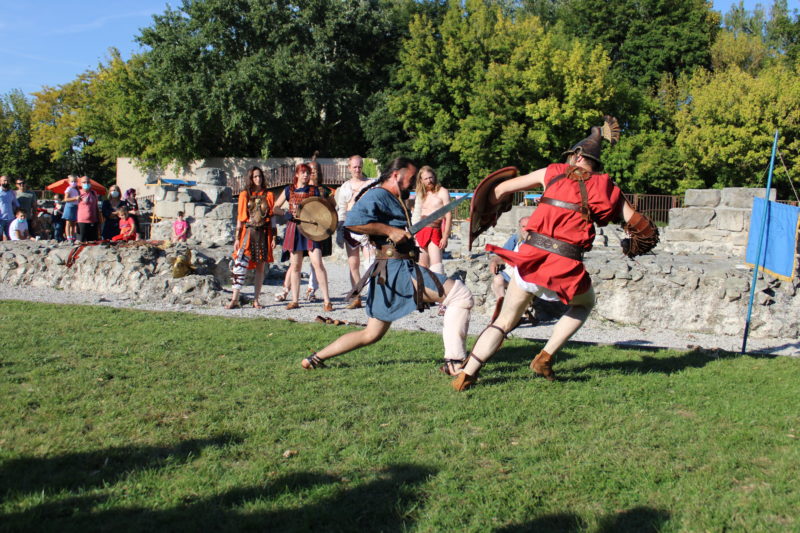 Family entertainment with competitions and a programme of legionnaires and gladiators promises the acquisition of new knowledge, pleasure and experience. You could also literally smell the ingredients traditionally used in Roman cuisine and observe a procession from Gerulata to the manor park, legionnaire training or ancient dances.

Experience the history of ancient Rome for yourselves. The program will again combine the history of Gerulata, part of the province of Pannonia with the capital of Carnuntum, with the present day emphasising on experience, entertainment and education. It consists of several program parts that fit together and support the interest in history across different age categories. The festival will also celebrate the last year’s entry of monuments on the Limes Romanus into the UNESCO World Cultural Heritage List. 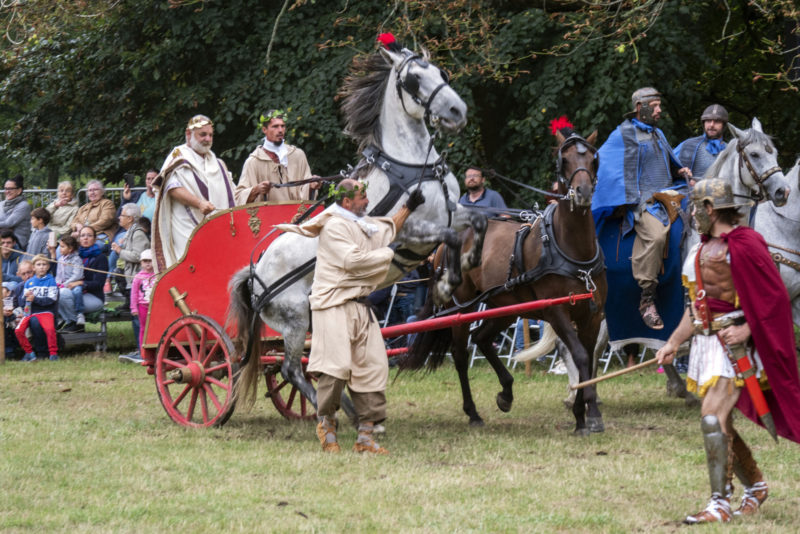 The twenty-fifth edition of the Roman Games is dedicated to family meetings of old Romans and contemporaries. A replica of the Roman town will grow in the park of the manor house in Rusovce, where you will find a period camp of Roman soldiers and civilians with craftsmen and Roman cuisine, and a period camp of barbarians depicting the life of that time.

Look forward to a manifold cultural programme. You will see to legionaries training together, gladiators competing and charioteers racing. There are also concerts and movie screenings awaiting you. The programme will also include a parade of the Association of Old Martial Arts and Crafts Tostabur, which will walk from the Gerulata Museum via Balkan Street to the manor park in Rusovce. It will present more than one hundred performers from Slovakia, Czechia, Poland and Germany, including horses, fighting cars, chariots and musicians.

At the entertainment and educational stands you will be able to try aiming the bridge over the valley, rectangular setting of the camp aisles, firing from a catapult model for a miniature fortification, aiming and firing at a target from the Roman “arbalest”, try dressing the toga, but also verify the daily duties of the legionnaire, his arms and equipment, and especially how much he had to carry during the daily march. 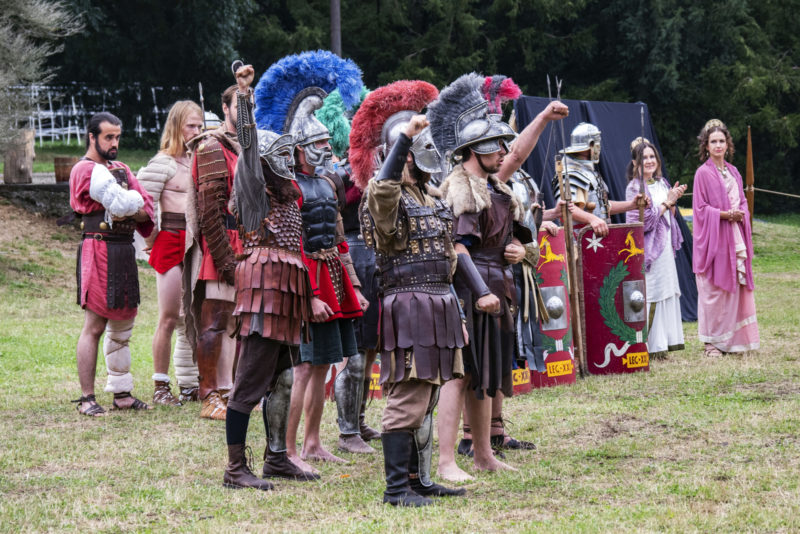 This year’s festival will be enriched by a premiere of the film Geruca with Braňo Deák in the leading role. Through the story of two brothers Lucius and Marcus and the German girl Frida, the four-part documentary tells the true story of the way of life of the Romans in the ancient city of Carnuntum and in the military fortress Gerulata. The screening will start in the Rusovce Mansion Park at 7:30 p.m.

The Roman Games will also include lectures, creative workshops or commented tours. Lecture on “Life in Roman sandals” with the history popularizer Sandra Sviteková from History Otherwise, on Friday, September 9th, at 6 p.m. in Sankt Vitus Kaffee will make you acquaint with what it was like to grow up like a Roman. The lecture on “In the Shadow of the Roman Eagle” with archaeologist Milan Horňák will start at the same place two days later at 3: 00 p.m. You will learn more about the Romans in the territory of today’s Slovakia.

On the day of the festival, you can also look forward to children’s creative workshops in the museum, the screening of the Asterix and Obelix movie in the SĽUK Cinema and commented Gerulata tours with archaeologist Jaroslava Schmidtová.

Come to see if you could live in ancient Roman times. Check out one of only two places in Slovakia that were part of the Northern border of the Roman Empire. 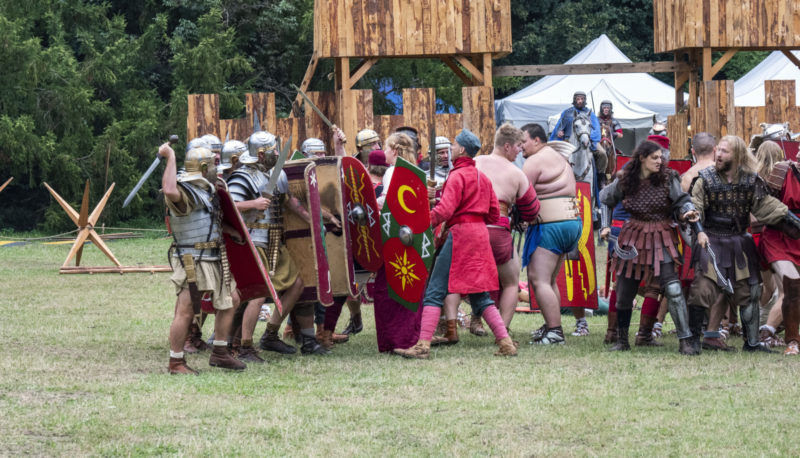 The Roman military camp in Rusovce, the Gerulata Castellum, is a national cultural monument. In the first centuries AD, the camp was part of the northern border of the Roman Empire, the so-called Limes Romanus. It stretches throughout Europe – from northern Britain to the Balkans. Its length is around 3,000 kms 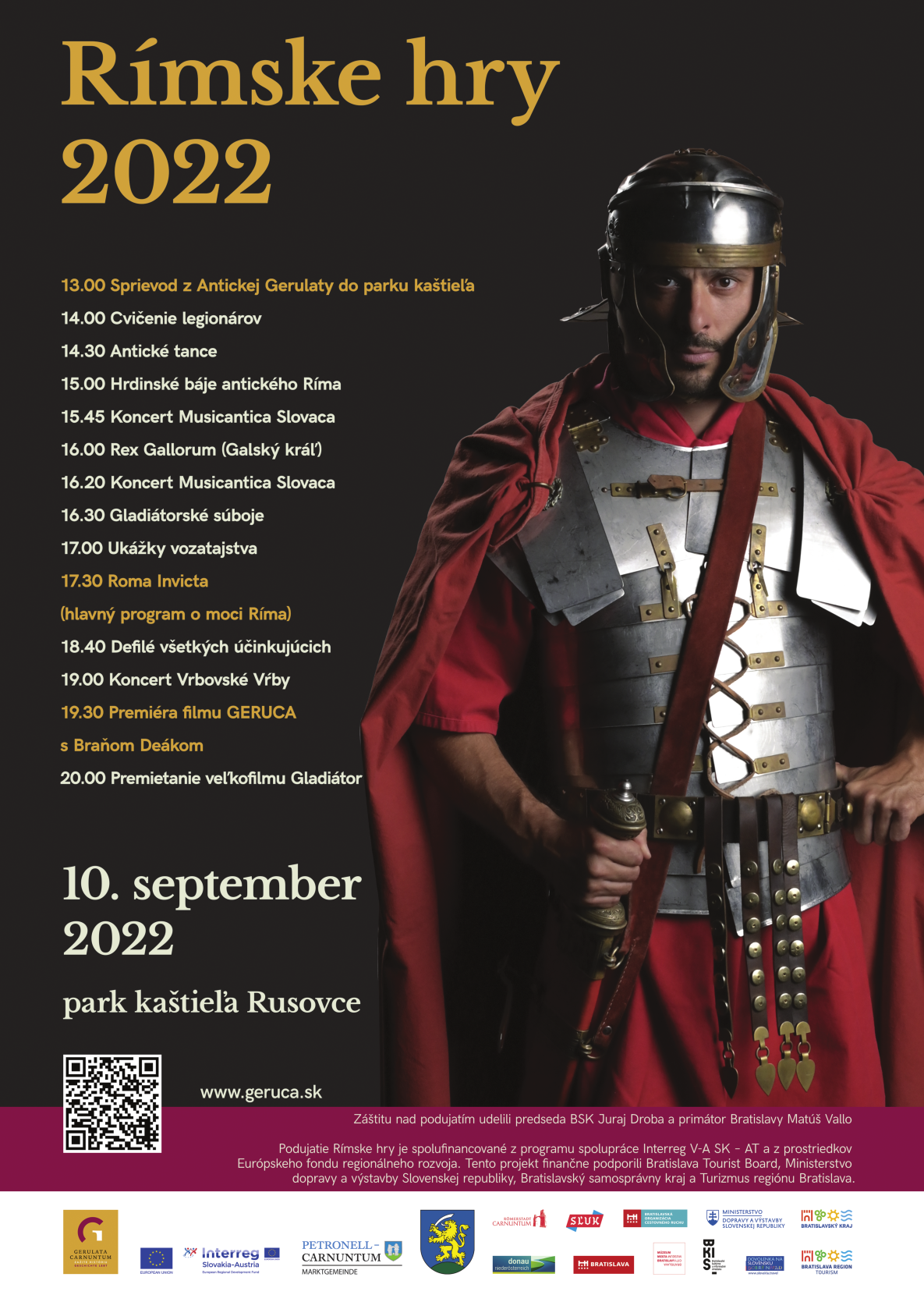