Capture beguiling melodies, graceful dancing and breathtaking acting performances. Walk in the footsteps of history or revel in the excellence of today. Art and culture are a deeply rooted tradition in Bratislava; not for nothing is this city compared to its older sisters: Vienna and Prague.

Bratislava is proud of a history entwined with a Celtic settlement, a Roman military camp and unique coronation ceremonies. No wonder therefore that the picturesque streets of the old town literally overflow with monuments of past glorious times, with the most valuable works carefully stored in the collections of some 50 museums and major art work gathered inalmost 20 galleries. The showcase of the best acting performances is offered by the stages of nearly 30 theaters, including the Slovak National Theater, which covers a wide repertoire of ballet, opera and drama. Cultural activities in the form of rich concerts with the participation of top artists and ensembles from around the world are offered by the Slovak Philharmonic.

END_OF_DOCUMENT_TOKEN_TO_BE_REPLACED

Bratislava’s opera house – known officially as the historical building of the Slovak National Theatre – is a Neo-Renaissance-style building opened in 1886 as the City Theatre, according to the design of Viennese architects F. Fellner and H. Helmer.

P. O. Hviezdoslav City Theatre is the art scene of the Bratislava Cultural and Information Center [BKIS], which…

The New Building of the Slovak National Theatre was designed by the architects Martin Kusý, Pavol Paňák and Peter Bauer.

10% discount with Bratislava Card* *Including concerts of Bratislava Music Festival (the “BHS”). The discount doesn´t apply to… 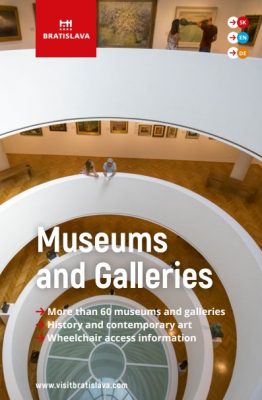