The general mobilization was a perfectly prepared response of the first democratic Czechoslovak Republic to the growing political and military pressure of Nazi Germany in the thirties of the twentieth century. Paradoxically, it is little known despite the fact that it preceded the greatest war in world history. This historic event became a symbol of determination and heroism of individuals and the entire Czechoslovak nation.

The Museum of Petržalka Fortification Civic association is commemorating the tense moments that took place at our border region in 1938-1945 for already the sixth time.

During the combat demonstrations of that period, uniformed military history clubs will perform under the shooting noise of weapons of expansion and using historic wheeled and tracked vehicles. Camps, trenches and military technology from that period will be on display throughout the whole day. Historic civil fashion enthusiasts will familiarize visitors with the softer side of this difficult period. Visitors will have the opportunity to get to know our rich history and feel transported back in time.

Various contests for children, interesting attractions of museum exhibitions as well as snacks will be prepared.

Where: The grounds of the B-4 Museum ( BERG border crossing) 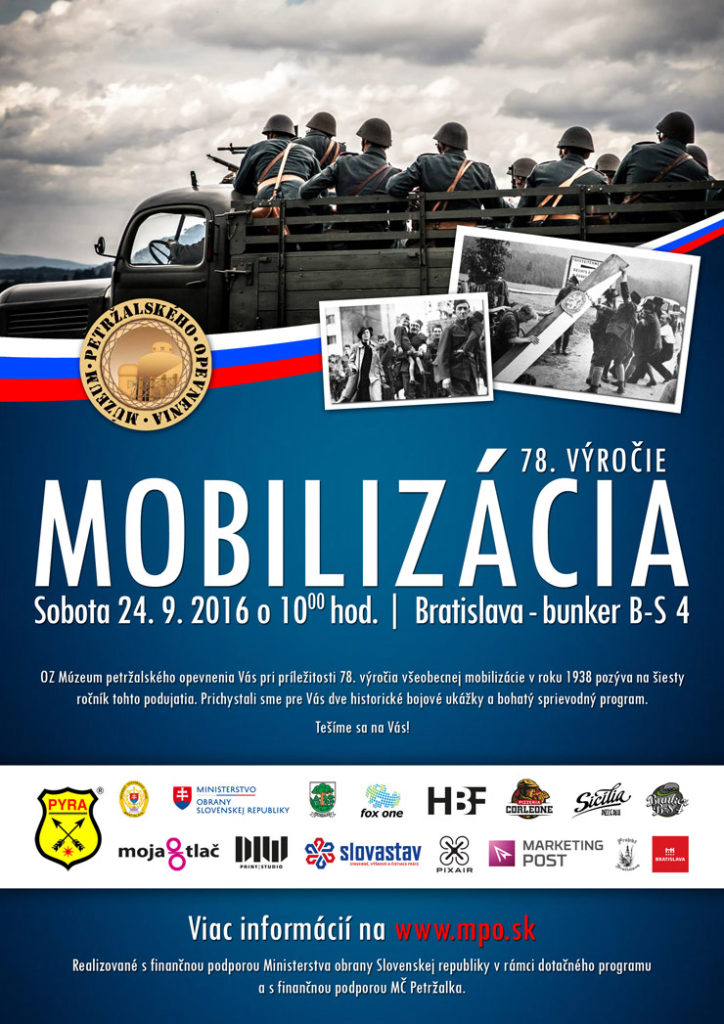