Thomas was born 2nd of March 1981 in Lichtenvoorde, Netherlands.
Thomas is very talented, he plays guitar, piano and drums and he composes his own songs. He had the chance to play in several high school musicals as well.
In 2008 he has formed his own band and together they played in many famous clubs in London. “Live for the moment” is his newly released album and the concert in Cafe Studio is part of the #UNPLUGGEDTOUR.
After the show Thomas will be ready for signs autographs and also you can buy a new CD 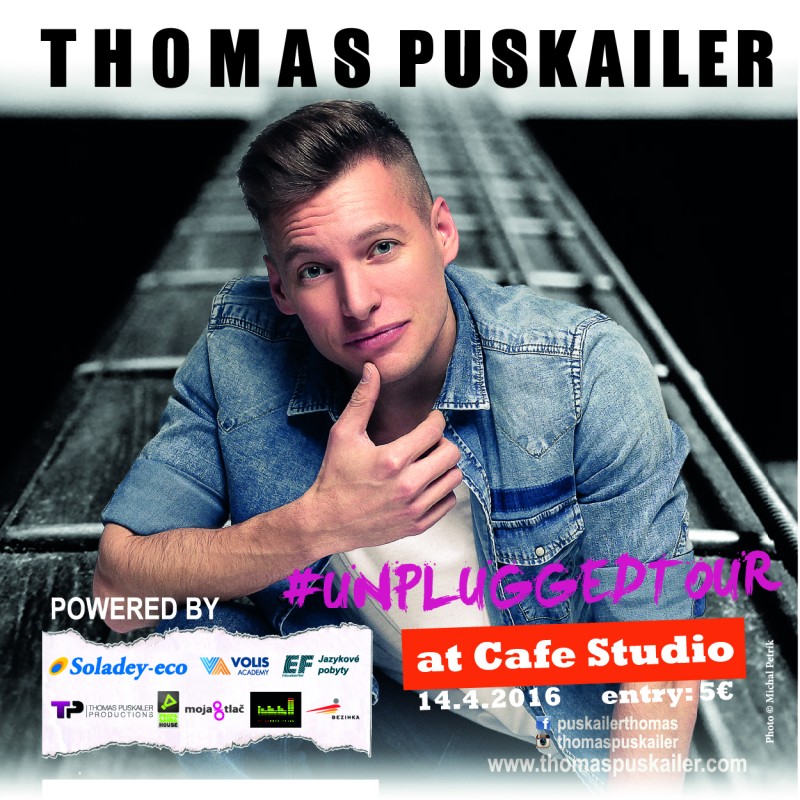