Red Stone castle, named after the red colour of the quartzite on which was built, is situated nearby the settlement called Pila. Getting to the settlement Pila by car, you can choose for two alternatives: either you follow the yellow-blazed trail from Pila that leads directly to the castle or you proceed to the end of the settlement and in the village part called Horna Pila, turn to the right continue right to the castle. To the Red Stone castle is accessible also from the village Casta, following the asphalt road.

It is open all year except 24th, 25th, 26th December, 1st January and Mondays from 1 October to 30 April, but its activities for visitors take place especially during the season, from the 1st May to 30th September. 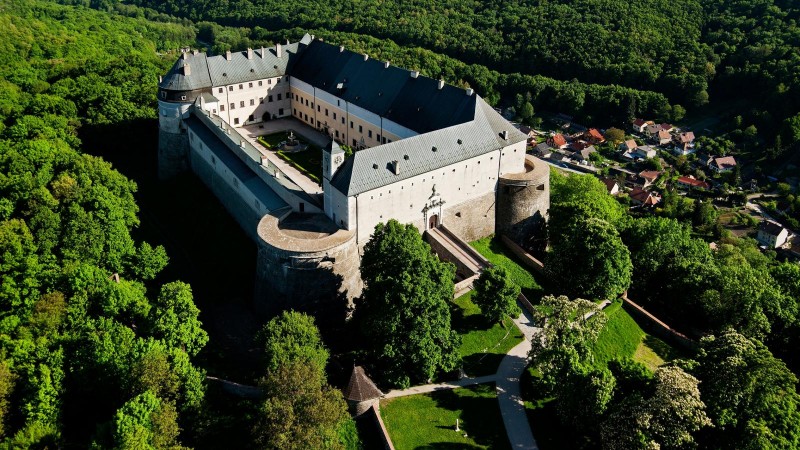