Bratislava will once again be alive with a major international event. ČSOB Bratislava Marathon is one of the best-known running events in Slovakia.  The 12th edition of the event is scheduled for the first weekend in April and the organizers are once again promising a wonderful sporting experience for runners and spectators alike. The level of competition has increased year after year and is reflected in the interest of runners from a large number of countries to come to Bratislava.

This year’s marathon will most likely see a record turnout, with 9,598 runners from 40 countries around the world already signed up. Athletes from countries such as Brazil, Columbia, Hong Kong, Qatar, New Zealand and Mexico will be running this year in Bratislava.

There is a choice of seven disciplines to compete in during the Marathon weekend, ranging from the shortest races for children up to the major event, the marathon route itself:

In recent years the ČSOB Bratislava Marathon has become a popular international event. Evidence of this is that on February 1 one third of the number of runners who had signed up hailed from foreign countries, contributing also to the tourist development in Slovakia’s capital. For runners from outside Slovakia to enjoy a views of beautiful Bratislava as they run, something akin to a HISTORY RUN became logical – an unusual noncompetitive training run roughly six kilometers long through the center of the city, designed to lead runners through neighborhoods rich in historical monuments.

The popular History Run will again be featured at the 12th annual ČSOB Bratislava Marathon as part of the marathon weekend and participants can once again delight in learning more about Slovakia’s capital while running through its streets. The route through the city includes the Reduta Concert Hall, the historical Slovak National Theater building, the well-known Čumil Statue, the House of the Good Shepherd, which is also the home of the Museum of Clocks, the majestic St. Martin’s Cathedral and the Bratislava Castle, the city’s dominant feature. 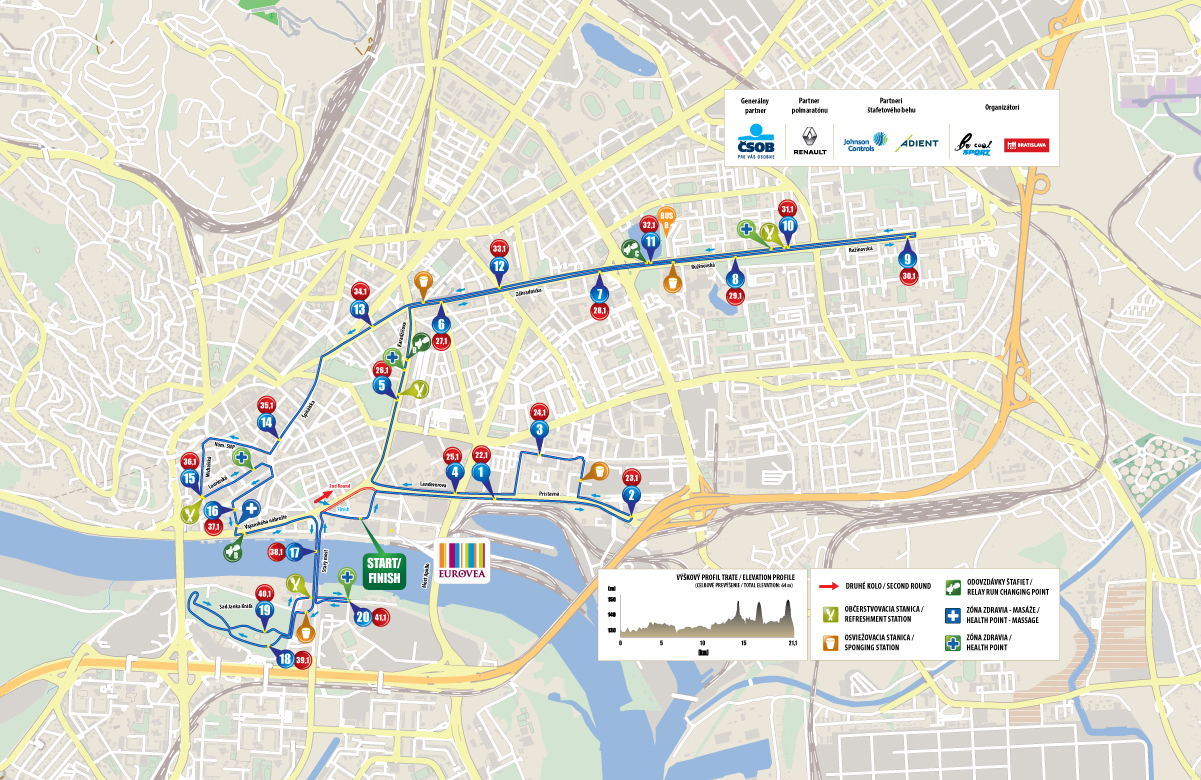