Embark on a retro trip into the times of prefabricated housing estates, a planned economy, and barbed wires.

During the communist regime, when the country was ruled by the controlling communist party, part of historic Bratislava was demolished and replaced with new, modern constructions. 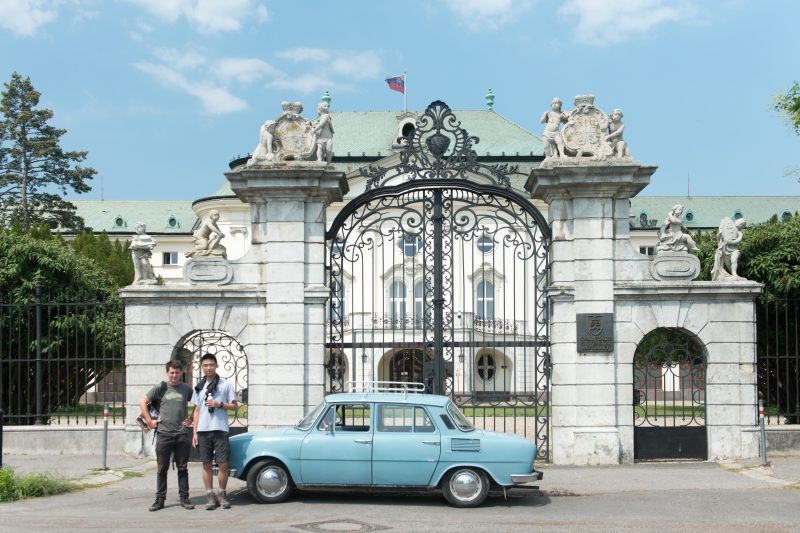 The best way to learn more about communist Bratislava is to explore the city with guides on old Škoda cars, who show visitors not only the prefabs, but also architectural gems of the past regime and remains of the Iron Curtain. Holders of Bratislava CARD City & Region have a 10 percent discount on the tour.

“We show Bratislava in all its diversity,” said Braňo Chrenka of the untraditional travel agency Authentic Slovakia. “In addition to traces of the communist regime, we show visitors the rise of wild capitalism and how the city is changing today.”

They bring visitors to authentic places, such as the first experimental panel building in former Czechoslovakia. It was constructed in 1955 on Kmeťovo Square and although it is a technical monument now, it still serves its inhabitants.

The first apartment block assembled from pre-fabricated standardised panels inspired the construction of many others. This system allowed for quick and cheap construction and helped resolve the housing crisis in the country. It also encouraged the construction of perhaps the largest prefab housing estate in central Europe – Petržalka. Today, about 120,000 inhabitants live in this part of town. 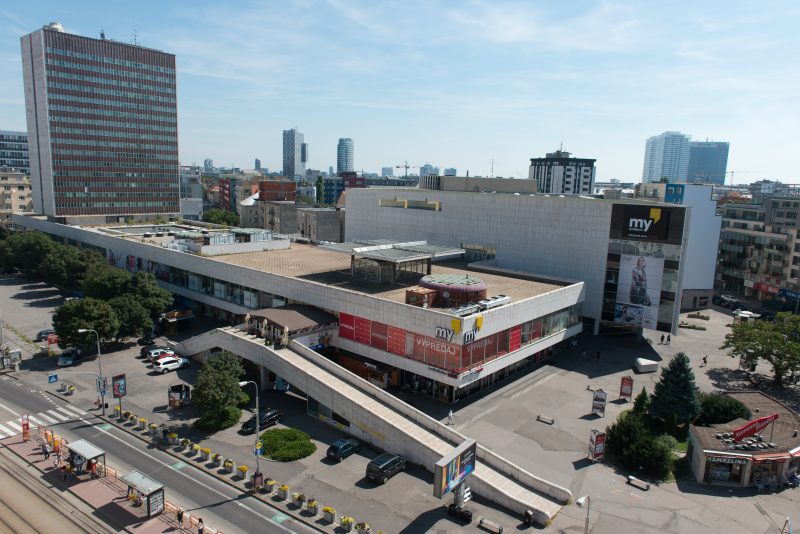 With unconventional guides, you can also visit the Slavín Memorial, where the almost 7,000 Soviet soldiers who died during the liberation of the city during WWII in April 1945 are buried. The guides will also take you to traditional markets that have not lost any of their original colour.

Bratislava’s totalitarian past is marked by the memorial Gate to Freedom below the Devín Castle at the confluence of the Danube and Morava Rivers.

This memorial signifies a time when the borders to the West were protected by barbed-wire fences charged with high voltage electricity and attempts to escape from behind the Iron Curtain were punished by imprisonment. The concrete gate riddled with bullets and broken iron bars commemorates four hundred men and women who were killed at the border of Czechoslovakia during their attempts to escape between 1945 and 1989. 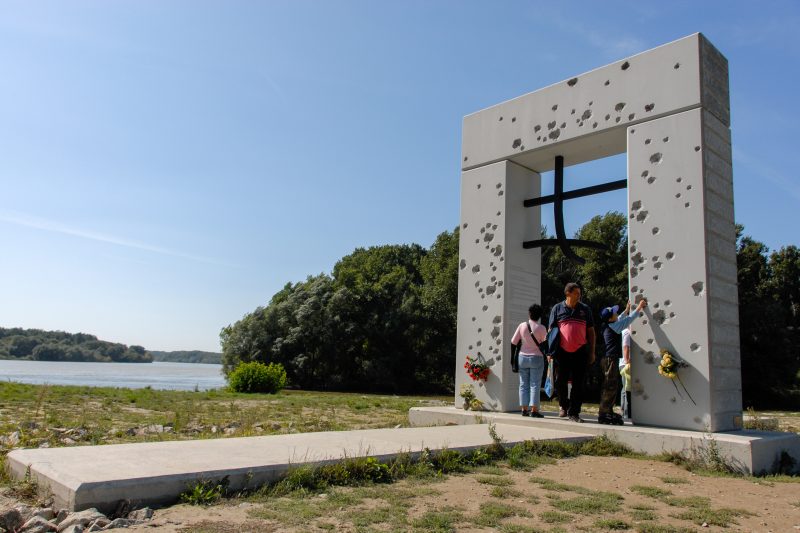 The last remnants of the original Iron Curtain in the vicinity of Bratislava are located at the Bridge of Freedom in Devínska Nová Ves. In the last few years, mock-ups of the barbed-wire fences and tank barricades were created in other places. One of them is at the B-S-8 Bunker “Hřbitov” from WWII in Petržalka on Kopčianska Street. At present, a group of volunteers are taking care of it and showing its restored interior to visitors.

However, the communist regime also introduced valuable architectural works to the city, but historical constructions often had to be pulled down to make space for them. Among the most outstanding pieces of architecture are the reversed pyramid of the Slovak Radio building on Mýtna Street, the Crematory in Lamač, the SNP Bridge, the university campus of the Slovak University of Technology in Námestie Slobody Square, the Tesco department store adjacent to the Kyjev hotel on Kamenné Square, and the extension of the Slovak National Gallery on the Danube embankment.

“These are both architecturally and technically exceptional works that, on the one hand, followed the contemporary architectural trends, but on the other hand brought a unique character of architecture called Eastern Modern to the West,” said architecture historian Peter Szalay. 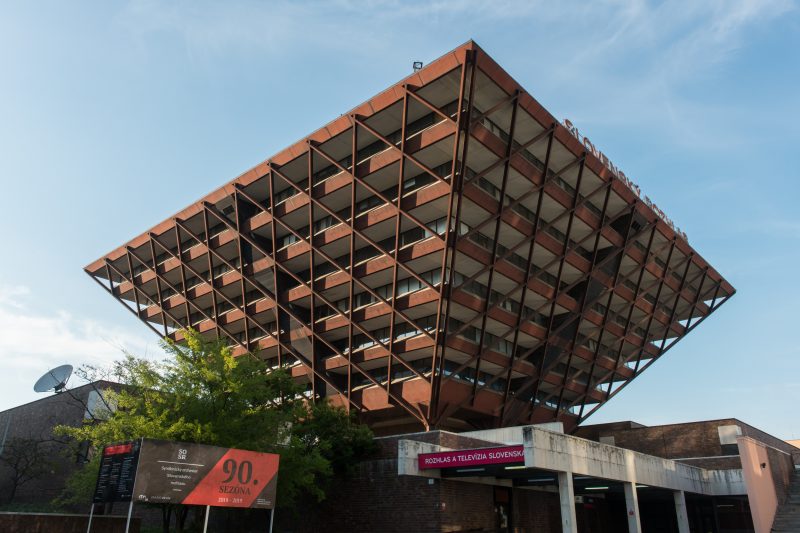 An excellent way to explore the period architecture and enjoy the city from above is a visit to the TV tower on the Kamzík Hill built in 1975. You will enjoy the most the panoramic view from the rotating part of the Altitude restaurant at a height of 101 metres.

The panoramic terrace on the top of the SNP Bridge at a height of 95 meters offers another unique view of the city. The holders of Bratislava CARD City & Region have a discount on the lift to the terrace and at the restaurant. 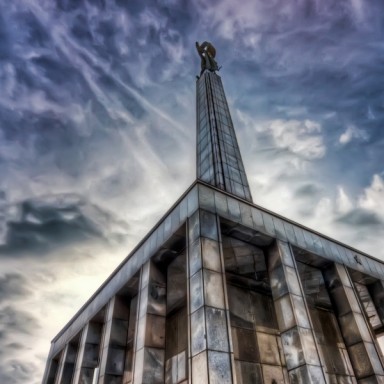 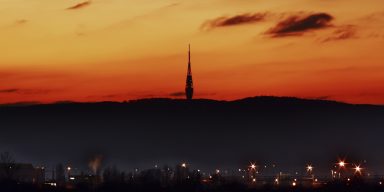 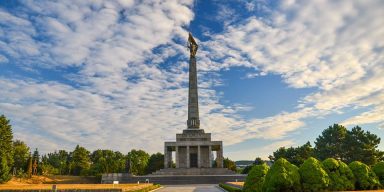 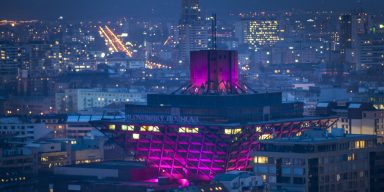