Experience wanderlust moments in little-known places of Slovakia’s capital. In addition to plenty of popular tourist attractions and monuments, Bratislava also offers several marvellous attractions, which visitors to the city often do not know much about.

The hill above the city’s main railway station remains unexposed to the eyes of tourists.

At one point in the past, however, it was a refuge for locals frightened of catching the plague. However, today, they find peace here, or after a short walk up to the Calvary, a spectacular view of Bratislava. 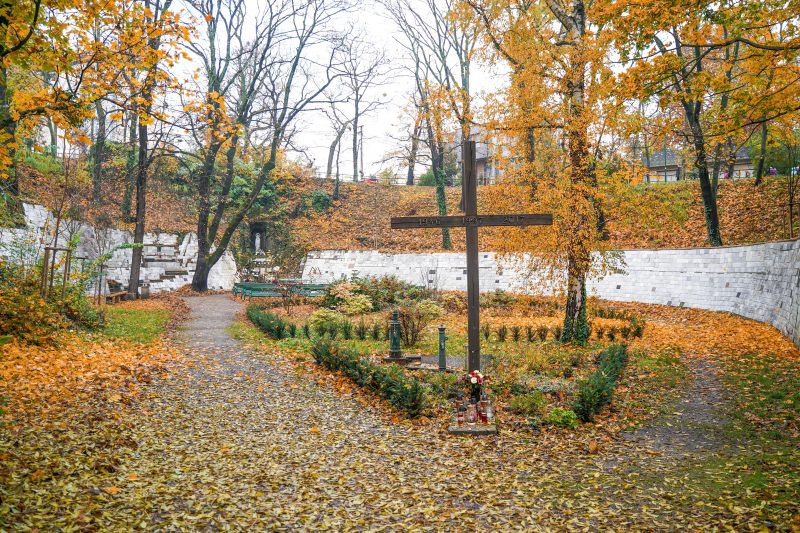 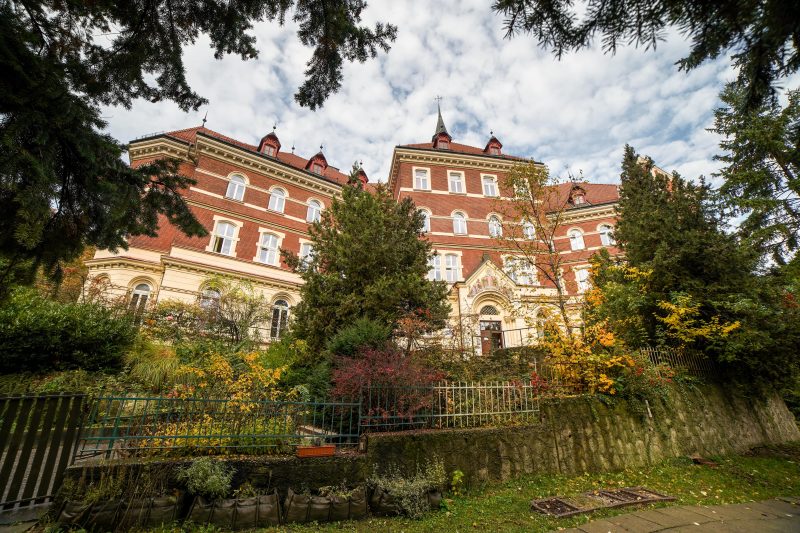 It is the pictures nailed to trees that currently recall the torn-down Calvary, one of the first in late 17th-century Hungary. Most of it was destroyed in the 1970s during the expansion of Pražská Street.

A path ascending to the hill begins with stairs at the end of a pavement running along Pražská Street.

It ends at the remains of the original church, where today three crosses stand in the embrace of trees and mansions. In autumn, when crisp, colourful leaves litter the ground, visitors can revel in a beautiful view of the city from here. From the former military observatory, a short distance from the crosses, the view remains picturesque throughout the year.

When descending from Calvary Hill, towards Hlboká Road, it is worth stopping by the Lourdes Cave from 1892. The place originally served as a quarry. Today, thousands of thank-you tablets hang in here. The cave is hidden near the Church of Our Lady of the Snows.

Not far from these spiritual places stands the oldest Bratislava summer inn, Funus, which Ľudovít Štúr – a notable Slovak politician and writer – visited in the 19th century.

From Hodžovo Square, you can take bus 147 directly to the “Calvary” stop, which is just below Calvary Hill by the entrance to the inn. A few metres from the Funus inn along Nekrasova Street on the edge of Horský Park lies a former gamekeeper’s house, a popular place for Bratislava residents and families with children. 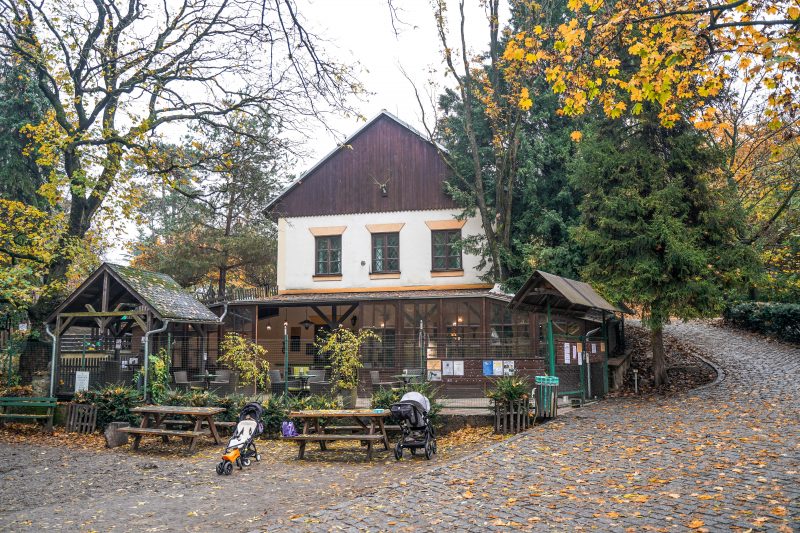 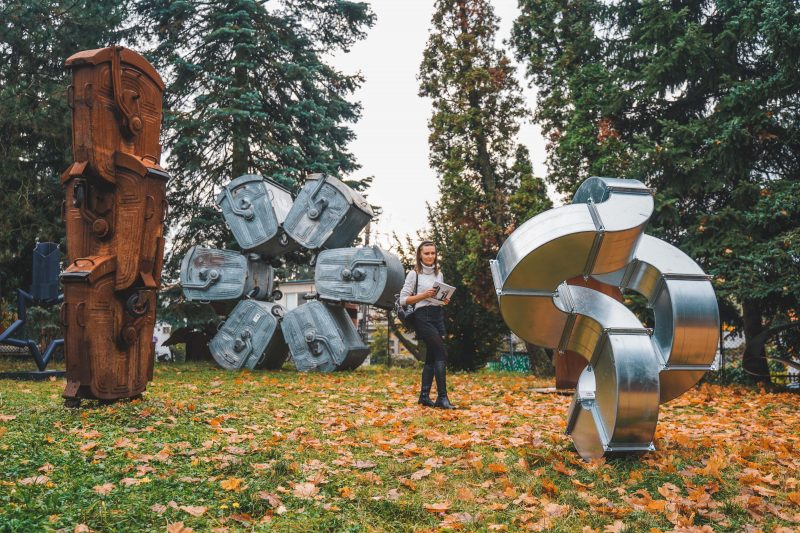 While under communism the building was turned into a storehouse, the cosy Horáreň serves as a community centre with a café, a creative playground and a mini zoo today. Opposite the community centre, people can also visit the outdoor Gallery Horský Park, which is managed by the Slovak National Gallery, or exercise in one of the park’s outdoor workout areas.

Oases of tranquility by the water

While Calvary Hill is a hidden oasis within Old Town, the Botanical Garden of Comenius University is an equal spot of serenity for those in the Karlova Ves borough.

Within the small space of the idyllic garden from 1942, there is really a lot to see: a rosary, a Japanese garden, Australian flora, as well as palm trees. If the weather is beautiful, the garden is an ideal place for a picnic, yoga, or a photo with a pink bench under a blossoming cherry tree. The botanical garden is open for a fee from April to October. 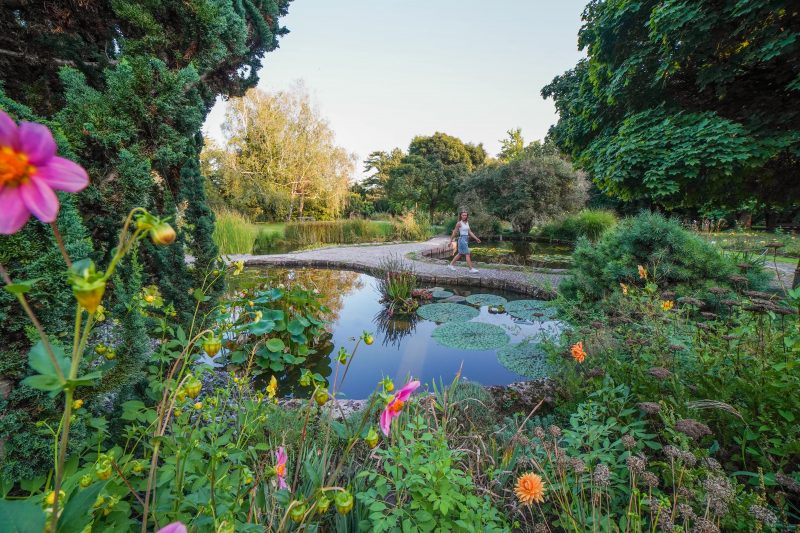 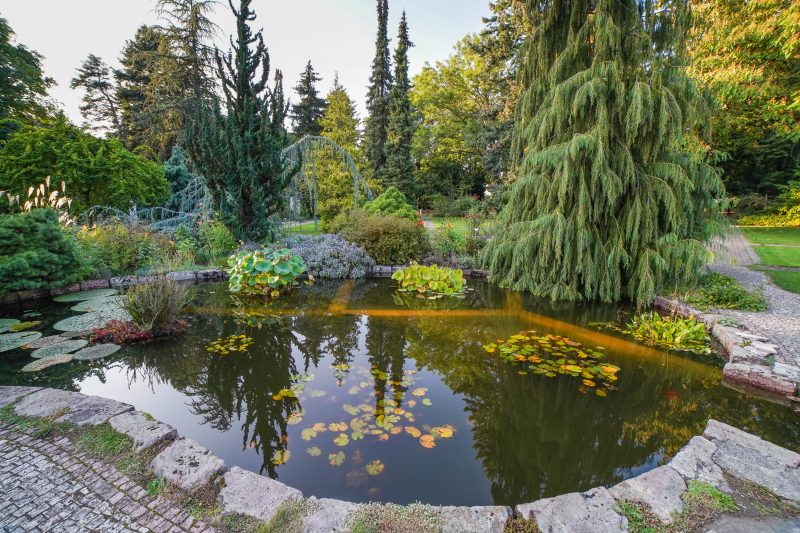 Near the garden lies the protected island of Sihoť, separated from the mainland by the Karloveské rameno, a branch of the Danube. The island is closed to the public, but the Karloveské rameno, where water, floodplain forests and animals, including beavers, exist in a symbiosis, is a popular place with the locals. They can often be seen fishing, boating, playing sports or sitting by the fire on the riverbank. In addition, children can play in the garden at the Waterworks Museum playground. 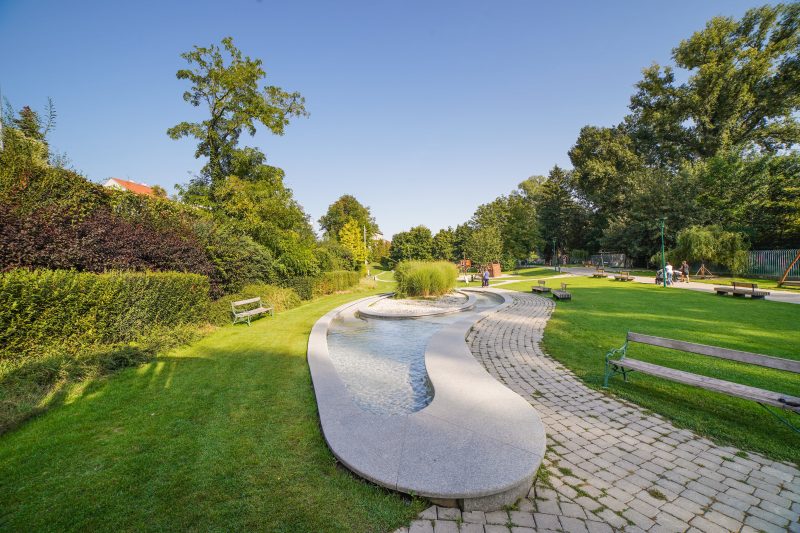 Moreover, when in the area, visitors should not miss out on a visit to a tiny wooden drink stand by the name of Mark Twain. This colourful steamer anchored in the river is a popular spot for locals and students looking to quench their thirst with beer and kofola, a Slovak version of Coca-Cola. Mark Twain is open from spring to autumn. 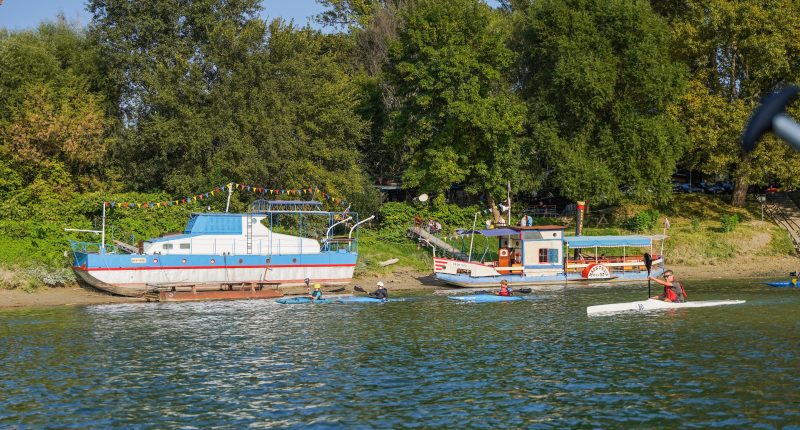 Bratislava is a city on the Danube, but there are also several lakes hidden in between the blocks of buildings. Veľký Draždiak, Zlaté piesky and Kuchajda are among the popular leisure zones, especially in summer, when people swim in some of them.

In the age of shopping centres, marketplaces complete the specific atmosphere of the city. In Bratislava, the Fresh Market farmers’ market was built a few years ago, which is mainly visited by those who follow a healthy lifestyle. Saturday food markets also take place in The Old Market Hall building.

The most famous market is still the Miletičova Market, which was established under communism on the foundations of an abattoir. In addition to fruits and vegetables, shoppers may grab something to eat in various bistros. 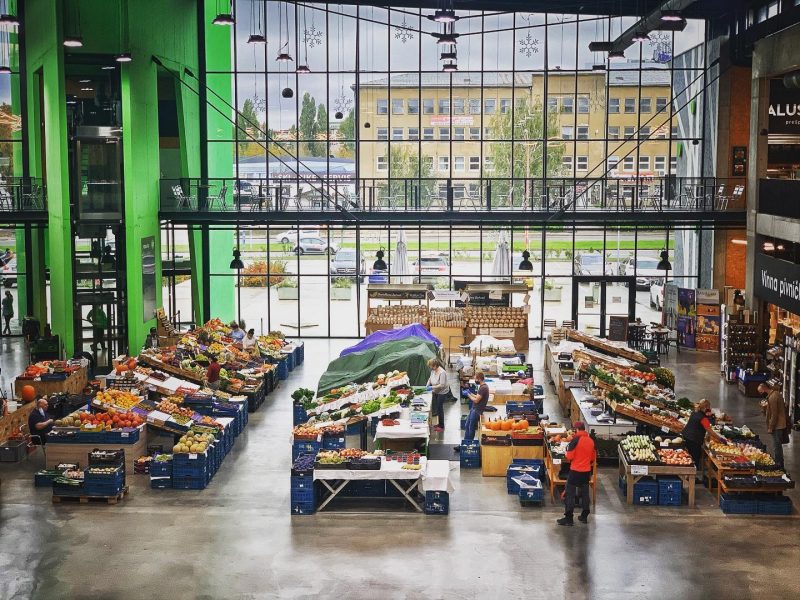 People can also enjoy great food from different parts of the world in the pleasant street-food garden Possonium, hiding a short distance from the market on Žilinská Street, near the main railway station.

A new atypical space of Bratislava, designed by the world architect Zaha Hadid, is a grassy amphitheatre with the renovated Jurkovič’s heating plant surrounded by high-rise buildings Sky Park. Anyone who finds themselves in this modern city park, a short walk from the Nivy bus station, will feel like they are in the heart of an American city.

Discover all the places in the city with the Bratislava CARD, which also serves as an integrated transport system ticket, giving you unlimited travel in all city and regional zones. 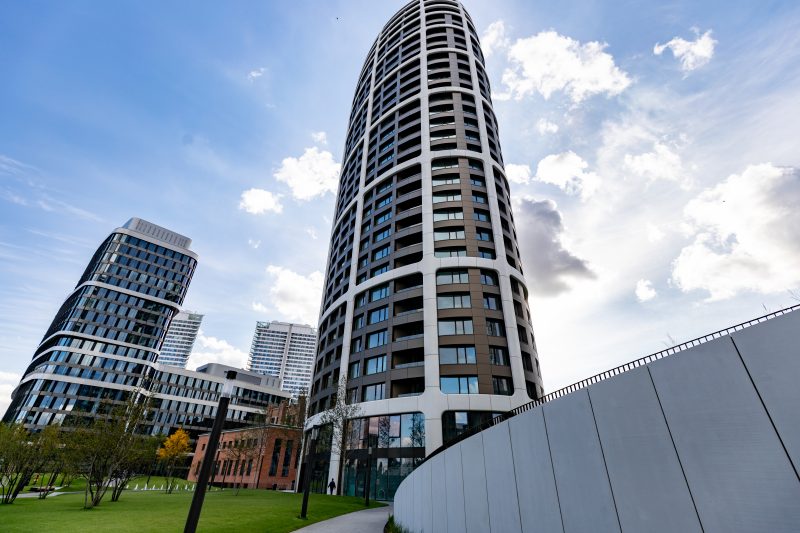 Find out more on the map: 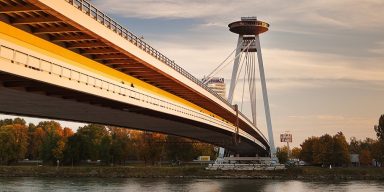 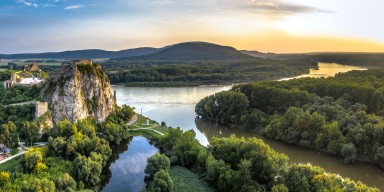 Far from the hustle and bustle of the city