Coronation Ceremonies in Bratislava are among the largest cultural events in Slovakia and presents the 18 coronations of kings and queens who were crowned in Bratislava in an experiential way. They take place annually on the last weekend in June to commemorate the coronation of Maria Theresa, who was crowned 25 June 1741.

The coronation is staged according to historical documents. It is performed by more than 200 actors in period costumes. The king receives St. Stephen’s crown from the archbishop of Esztergom –the Primate of Hungary – along with other coronation insignia: the sword, cloak, orb and scepter. After the coronation ceremony, he appoints the knights of the Order of the Golden Spur, takes the oath to the country and promises to maintain the integrity of the country on the coronation hill.

Coronation chips are thrown about as part of the coronation procession; free wine flows from the fountain; oxen are baked; and the contemporary coronation craft fair and many other attractions create a true coronation atmosphere in the city.

Take part in period coronations and “Become a Royal” yourself at the Coronation Photo Video Point at the ground floor of Michael’s Gate. Michael’s Gate was an integral part of the coronation route followed by the kings who were crowned in Pressburg as they left the city to where they would take their oath. The Coronation Photo Video Point is where you will find rooms with period furnishings and an authentic 3D model of the historical city marking the route coronation processions took. You can make an image and upload a video of yourself in period costume with the coronation insignia and become a part of a historical exposition. You can record both a photograph and video displaying a scene from the coronation and then print or share it with your friends through e-mail. 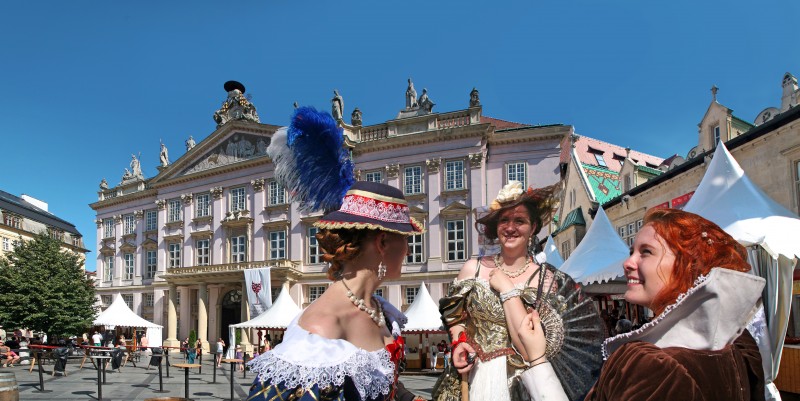