The colourful Christmas lights and decorations, the irresistible aromas of many salty and sweet delicacies and warm drinks, the beauty of handmade items, lovely music, and above all, the eyes of children and adults filled with joy and expectations. This is a typical Christmas in Bratislava. 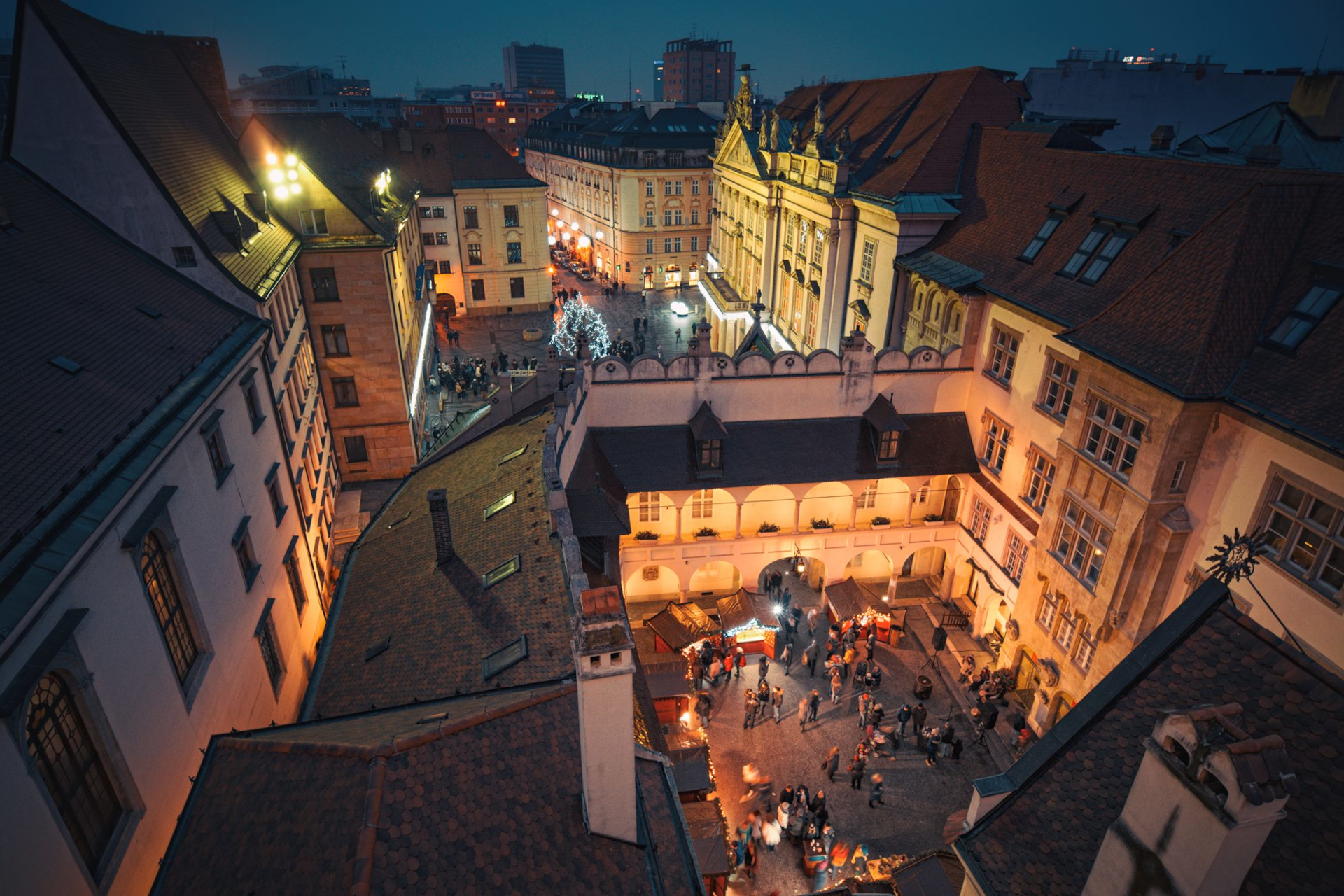 Since 1925, Christmas in Bratislava cannot do without its iconic Christmas tree standing in the city center. The tree, a 40 years old and 12 meters high beauty from Sološnická Street in Bratislava’s Karlová Ves, is already standing on the Main Square. It will be decorated and ceremonially lit on November 25, when the Christmas markets officially opens its gates. The Christmas tree on Main Square will be joined by another one on Hviezdoslav Square in the historic centre of the city. 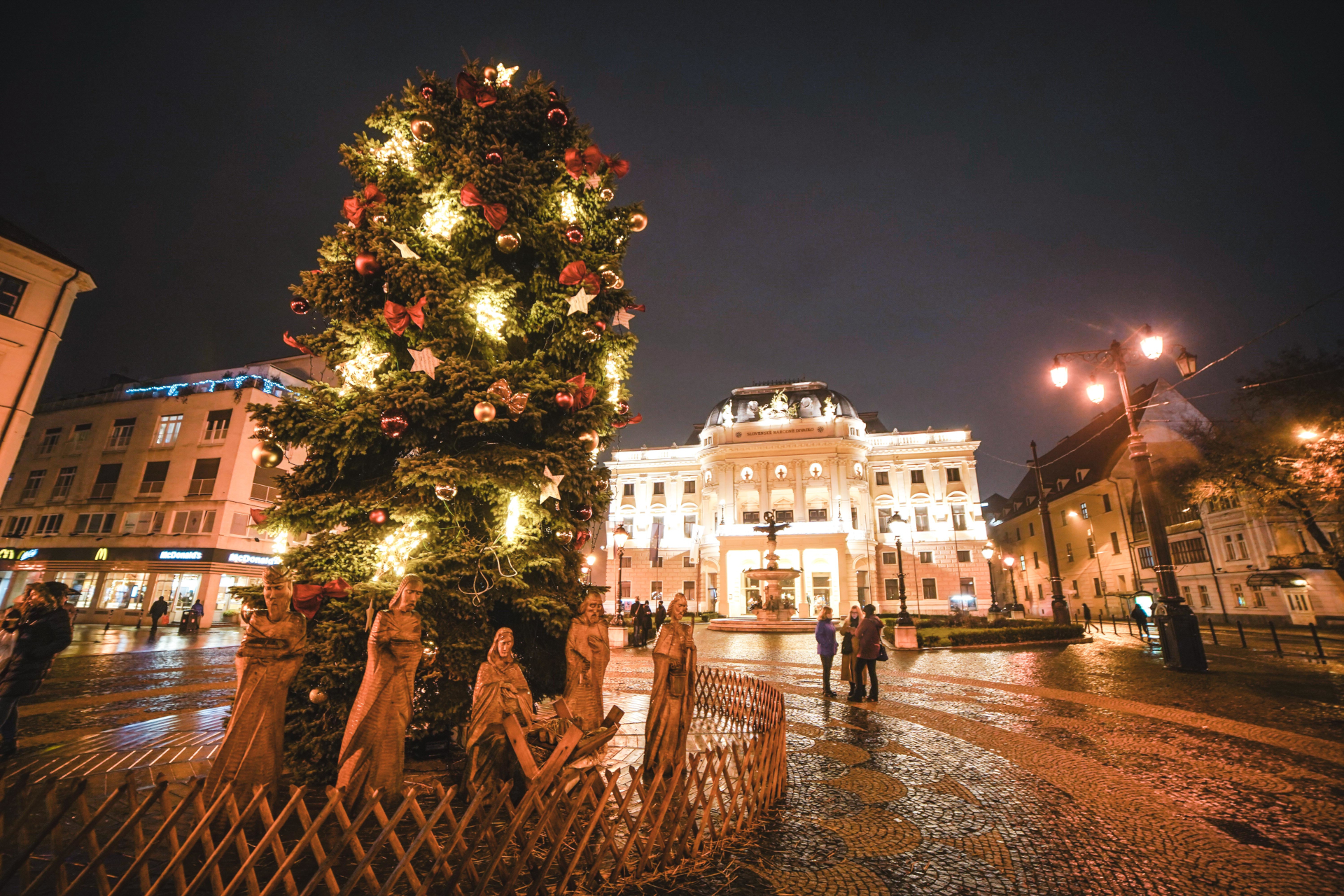 The streets of Bratislava will again be filled with people, good mood and joyous atmosphere. Scattered around the city, dozens of stands will tip over with refreshments and traditional and handmade products. Stands of non-profit organizations and cultural institutions will make their comeback, too. The food stands will offer returnable glasses and compostable dishes, some are also ready to accept card payments. Waste-sorting bins and disinfection stations are a matter of course. The Christmas market will be opened until December 22. 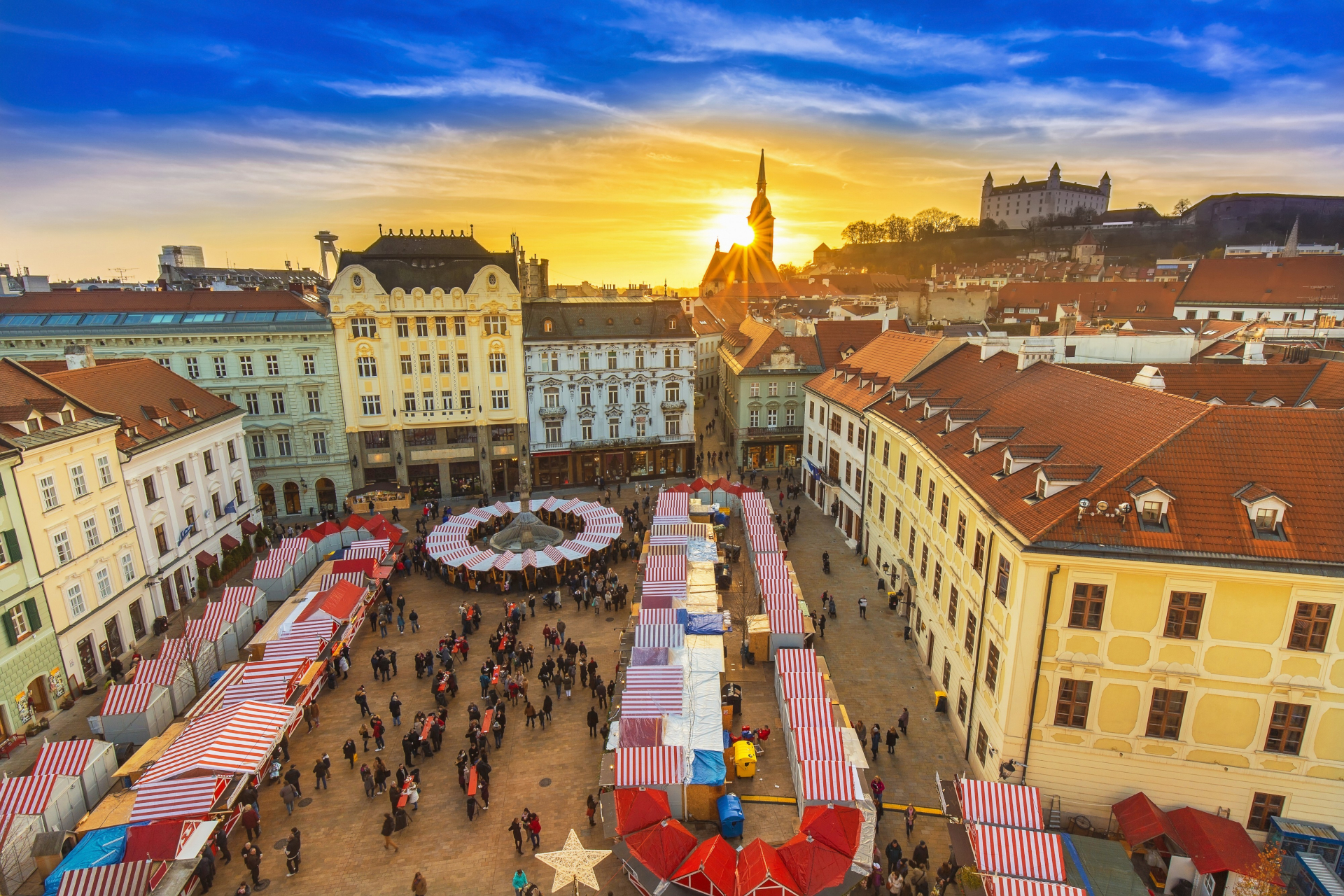 The Christmas atmosphere will spread throughout the whole Bratislava. The city-wide program, taking place mainly on the Main Square and the Franciscan Square, will offer a variety of holiday-themed cultural events. You can look forward to Advent concerts, quizzes, bazaars, readings, theater performances and exhibitions to name a few. During Advent, a varied program awaits you in individual city districts. 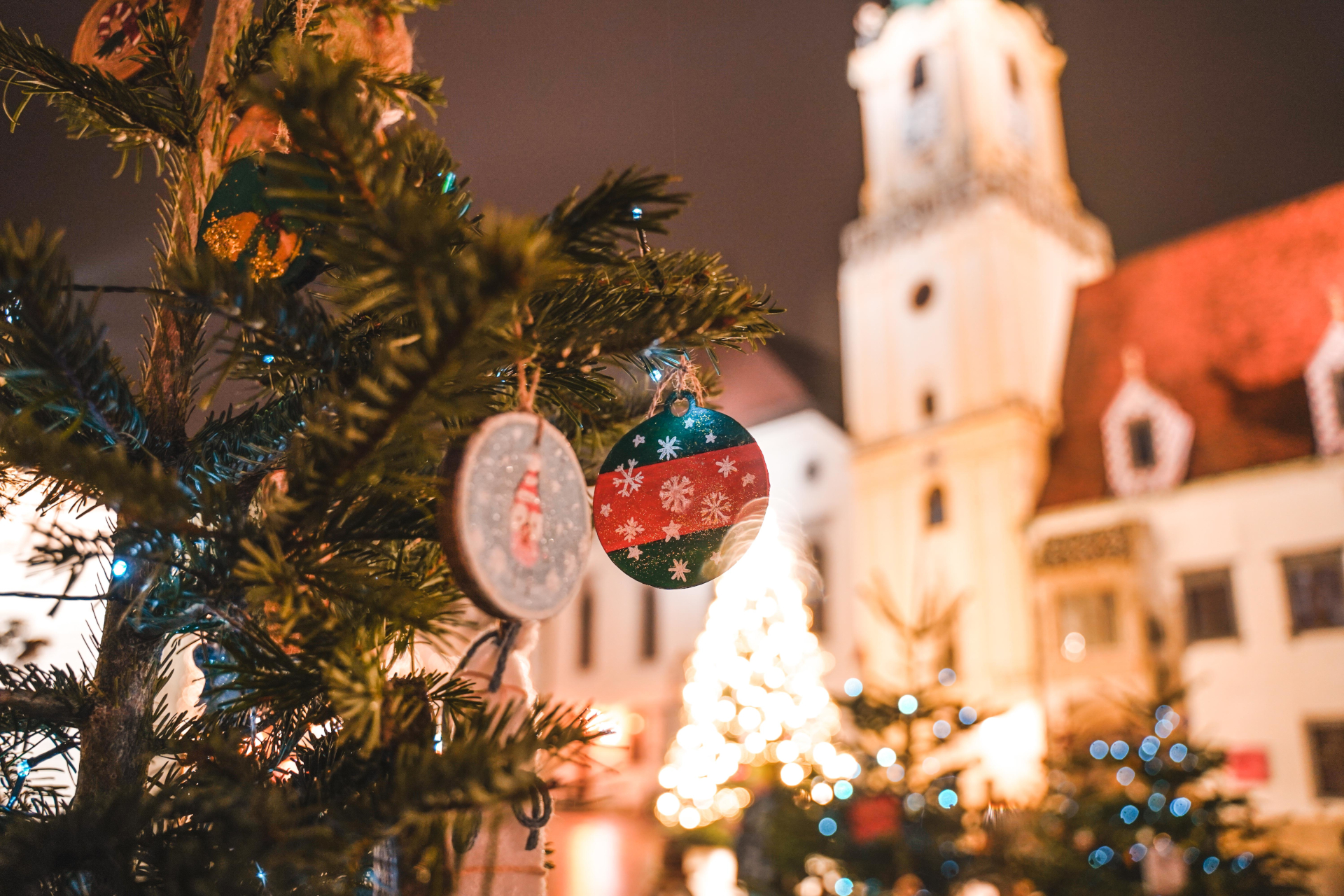 Thursdays in the city center are reserved for readings by Slovak actors and actresses (translation into sign language will also be provided). Fridays and Saturdays will liven up the square with concerts by Slovak musicians, while the program on Sundays will delight families with children. The events are not taking place only on the Main Square and the Franciscan Square, but also in the Klarisky concert and exhibition hall, where Advent concerts will take place. 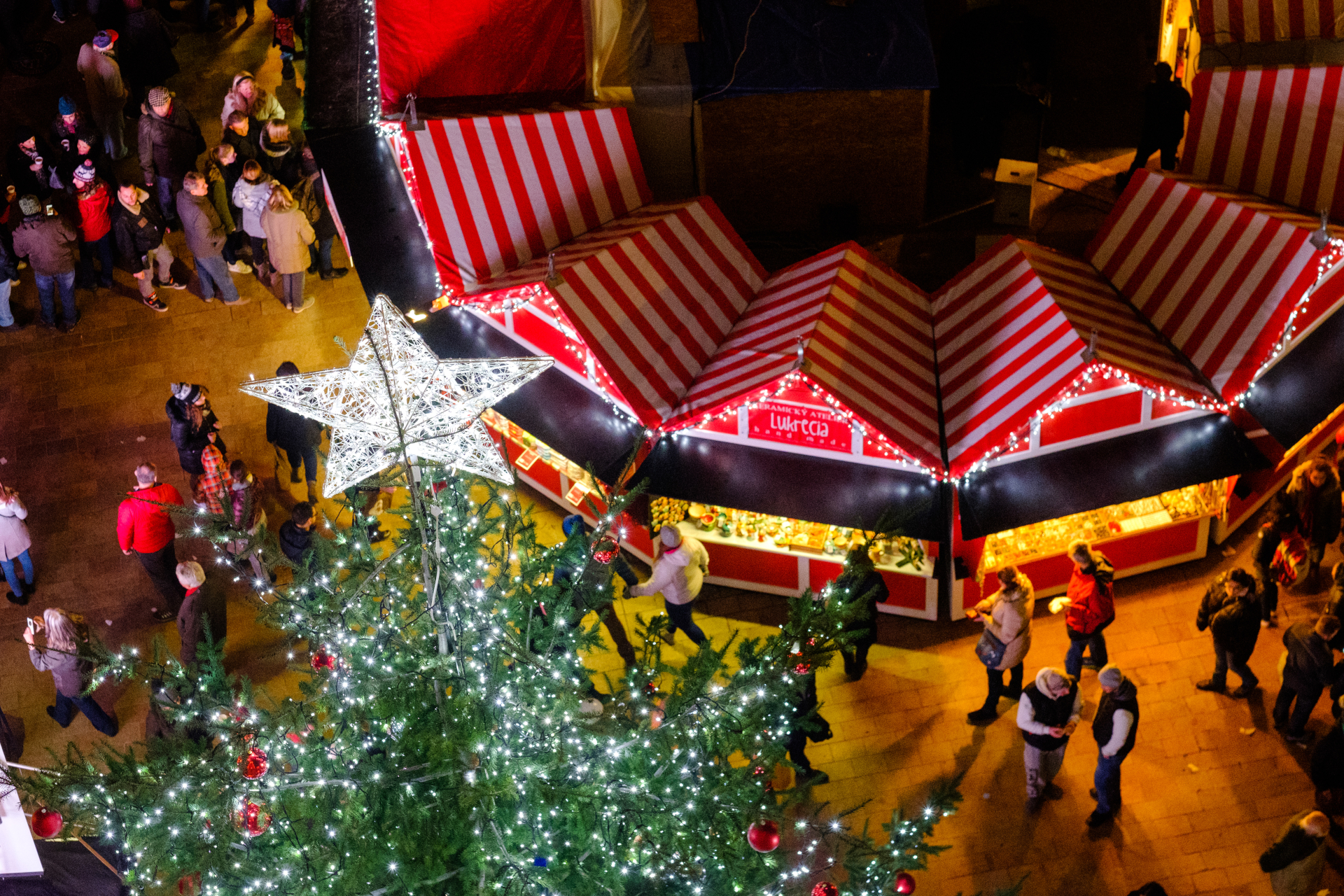 The holidays in the city will also have a charitable dimension. Popular barter exchanges will be held in Klarisky, and clothes, toys and books that visitors do not exchange will go to people in need. The collection for homeless people will focus on sleeping bags, thermoses and mats. 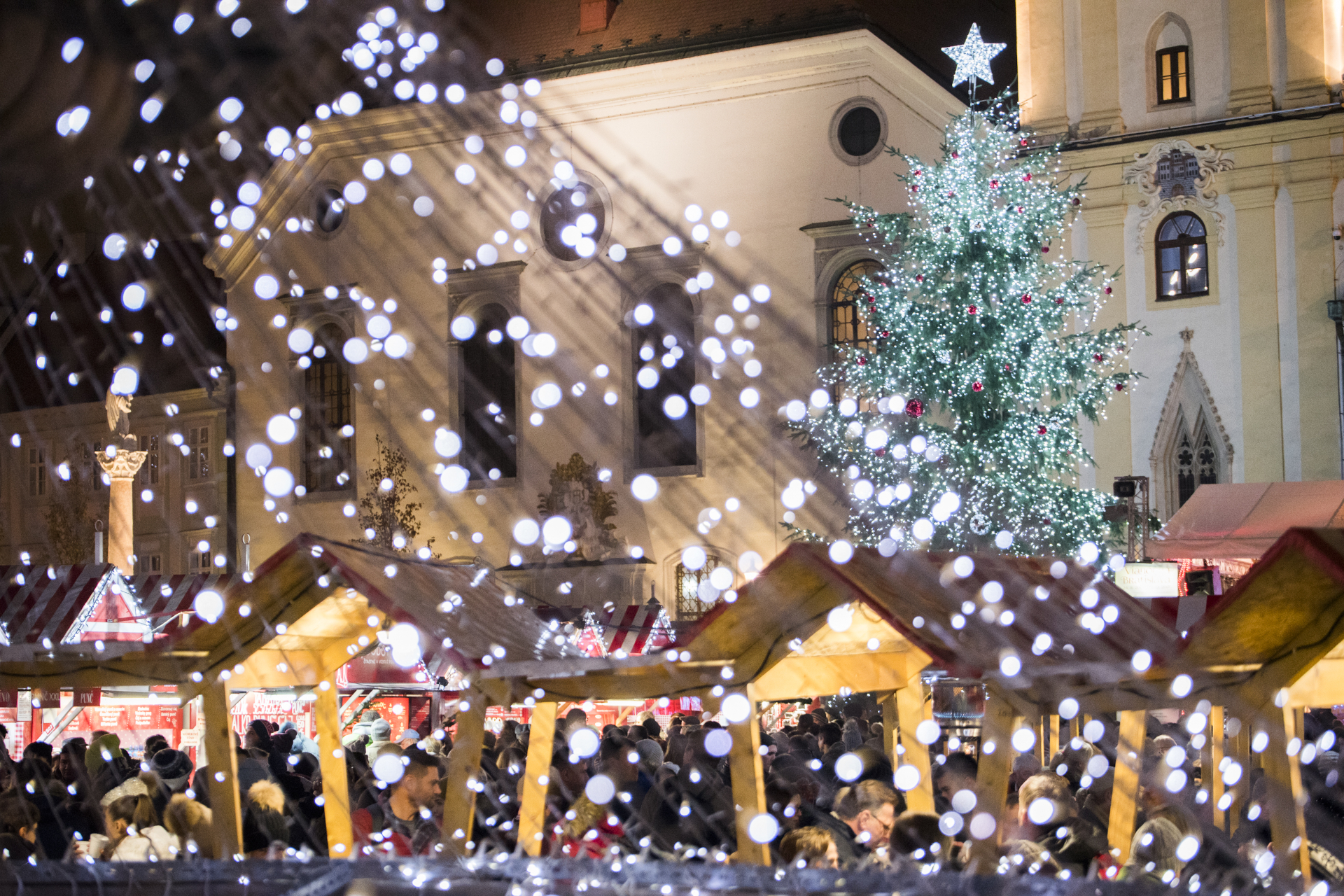 The Christmas atmosphere will also be complemented this year by the Christmas Forest on Primate’s Square. Children from Bratislava primary, art and special primary schools will decorate the Christmas trees in the square with their own original decorations made of natural materials. The Christmas trees will later go to various charities, homeless people shelters and families in need. You can admire a decorated Christmas tree together with a nativity scene in the alcove of the Primate’s Palace. 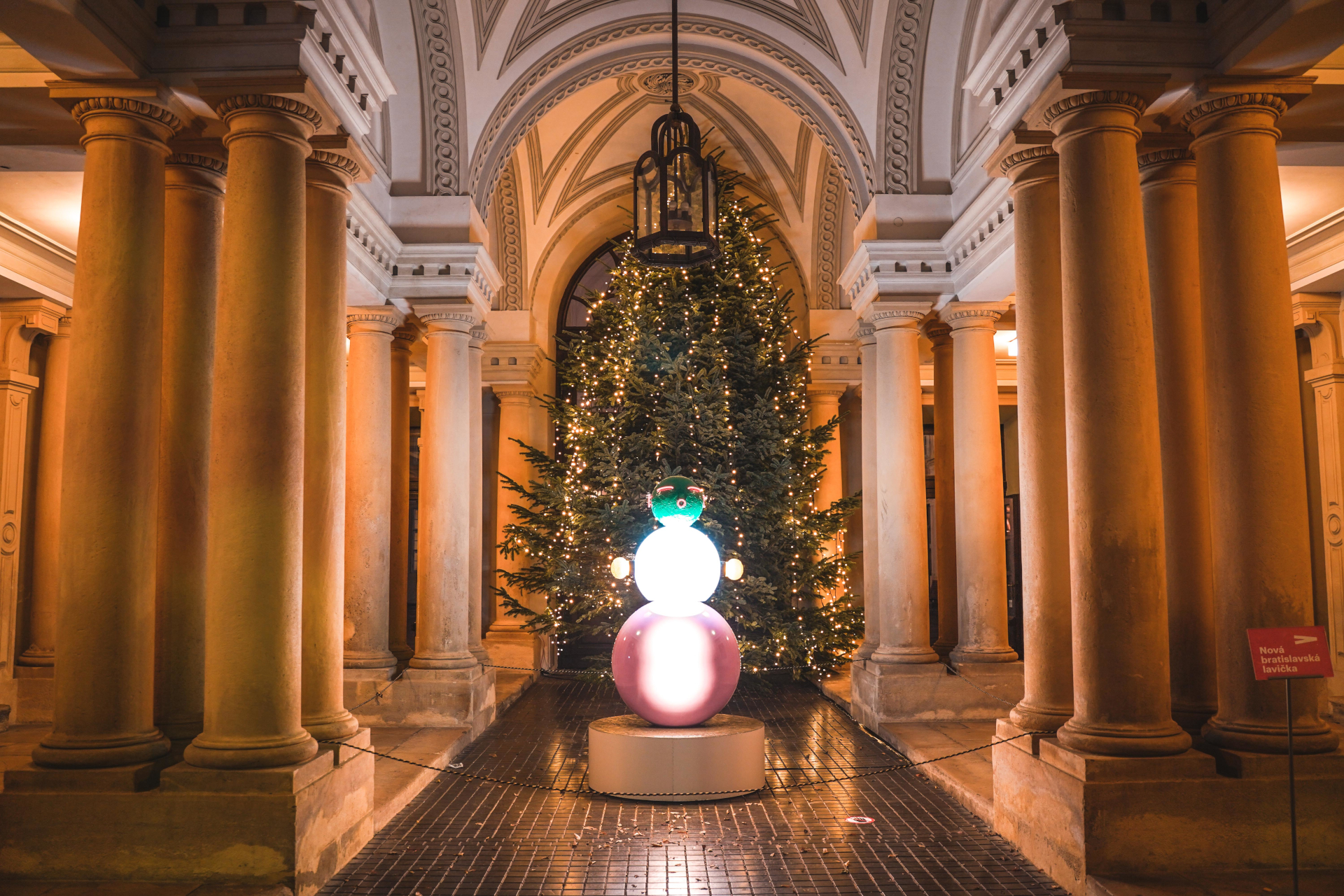 After a two-years break, Christmas market are returning to Hviezdoslav Square in the Old Town. The market will be dominated by a Christmas tree (from Bratislava’s Nové Mesto) approximately 14 meters high. The blue spruce, installed on November 16, is just a bit taller than its smaller “sibling” standing on the Main Square. The grand opening of the “Old Town Christmas Markets” with the Christmas tree lighting will take place on November 25. About three dozen stalls will offer not only traditional delicacies but also handmade products and traditional items – some of these might even become Christmas presents! There will also be a traditional Advent wreath whose candles, one by one, will be lit during the weeks leading up to Christmas. 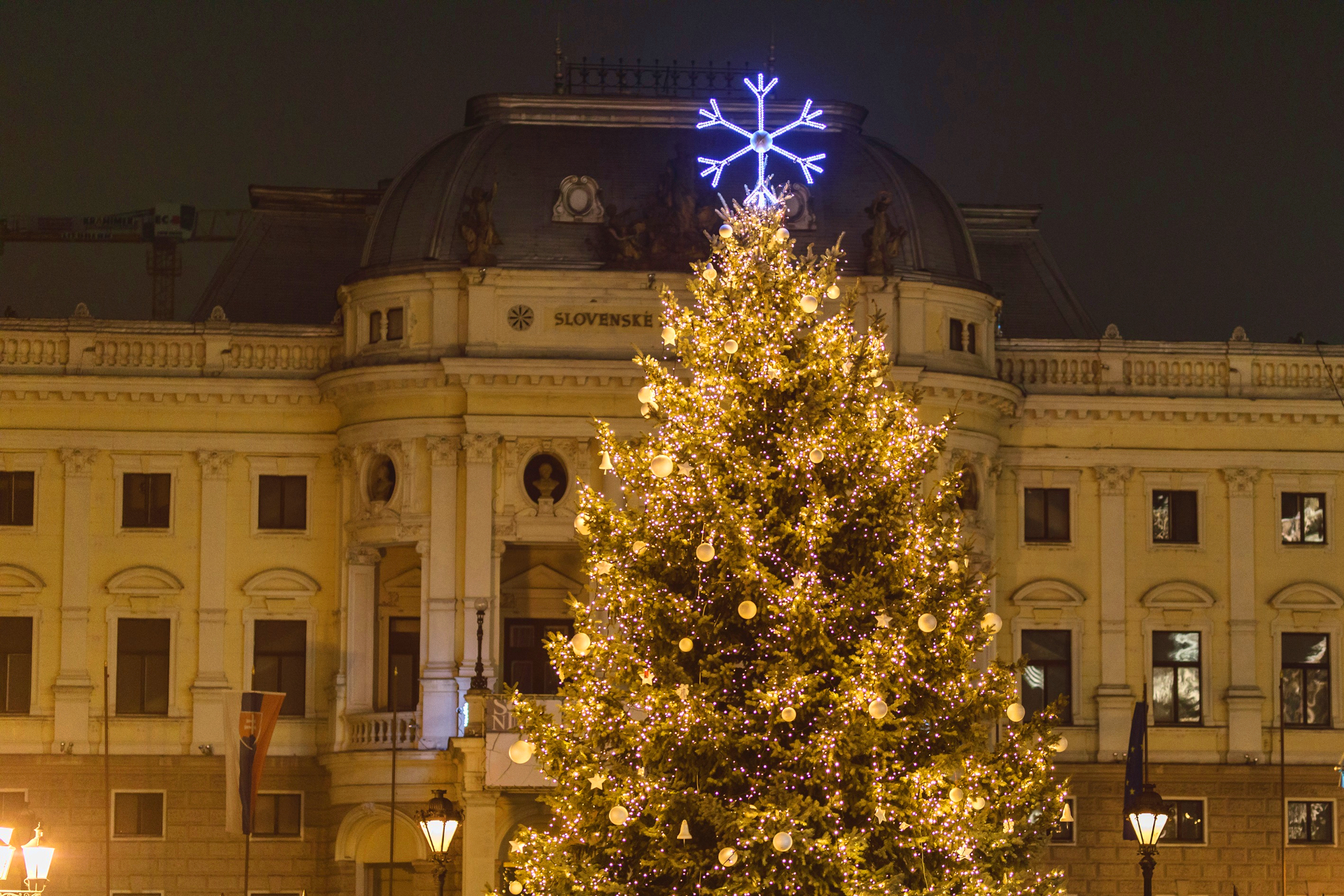 The festive mood will also take over Petržalka. The almost month-long Christmas program (events taking place from November 26 to December 22) in the most populated part of the city will bring along good food, music and charity activities to help people in need. Traditional Christmas markets on the Square of the Republic will be complemented by a rich cultural program for children and adults alike. New lights, decorations, almost 10-meters-tall spruce from Stupava and attractions, such as a Christmas photo wall, will enrich the already joyous atmosphere of the market. 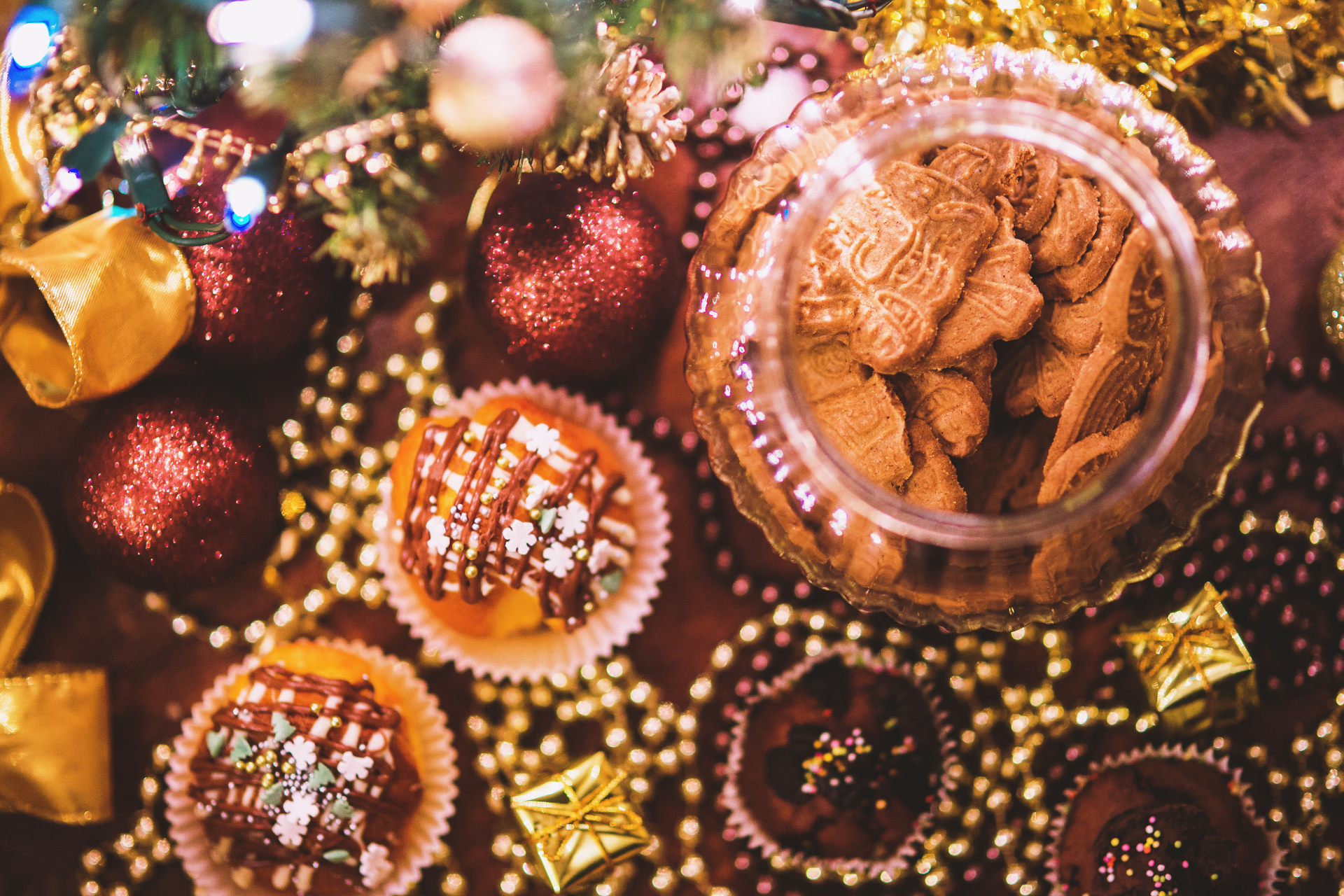 On November 17, the embankment of the Danube on the Petržalka’s side, the popular “Tyršák”, will come to life with covered heated terraces and delicious flavors of (not only) Christmas goodies. After a three-year break, the famous “Christmas market on Dulák” is returning to Dulovo Square. Make sure to pop in between Thursday, November 24 to Thursday, December 22. 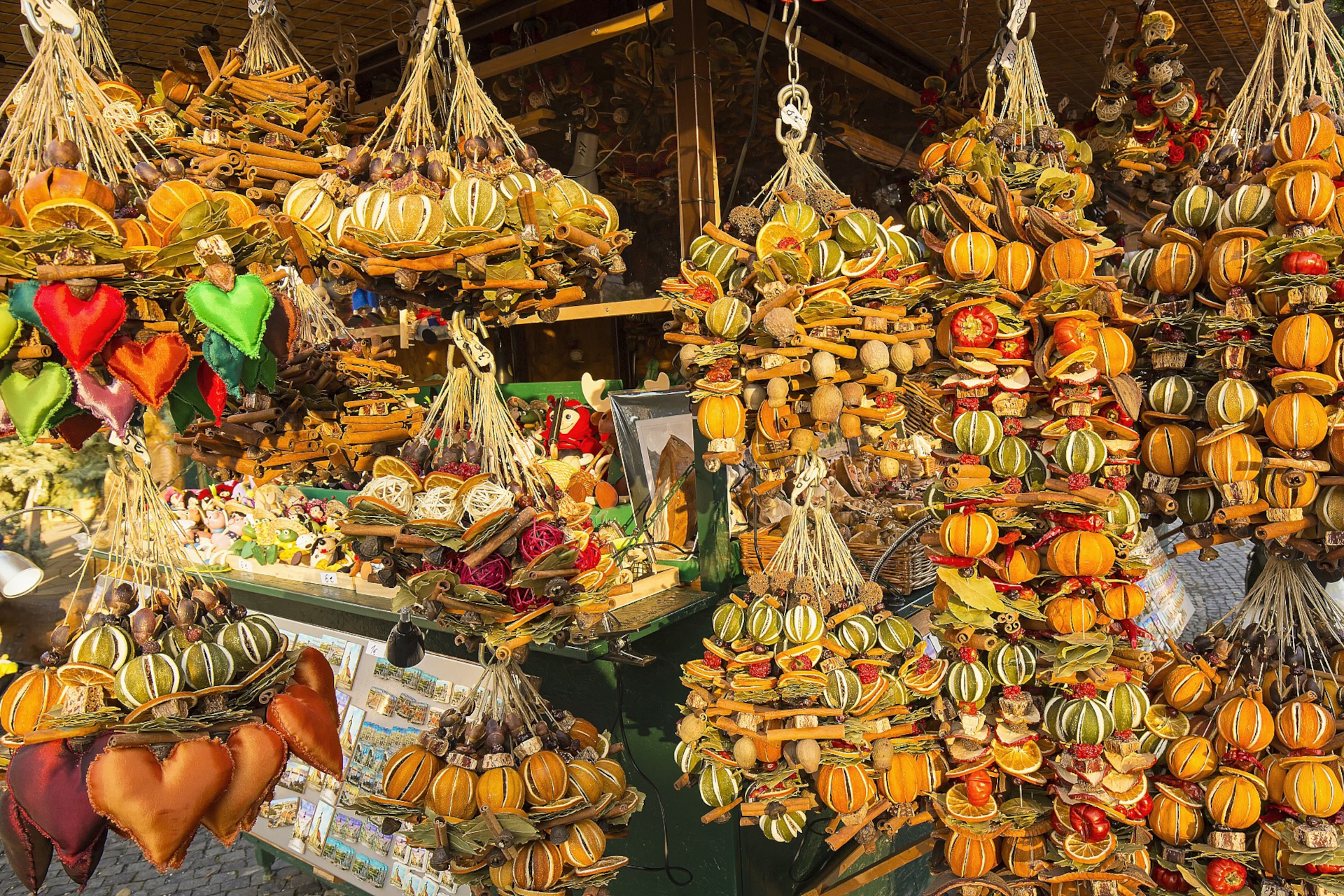 To awaken the Christmas spirit in all children, the city district of Dúbravka has come up with an idea of a beautiful charity event called “Magical Christmas for…”. Thanks to the good-hearted people from Dúbravka and other city district, children from a socially disadvantaged environment in Dúbravka will have something to look forward to this season.

Not only citizens of the old Pressburg but also today’s Bratislava love to give. Helping those in need was not just a matter of the then-etiquette, it was part of the identity of local residents. Those who could share were obliged to do so, otherwise they would be target of public scorn. However, almost every citizen liked to do so, often on a large scale and not only during Advent and Christmastime. Luckily, today’s Bratislava residents are no different. 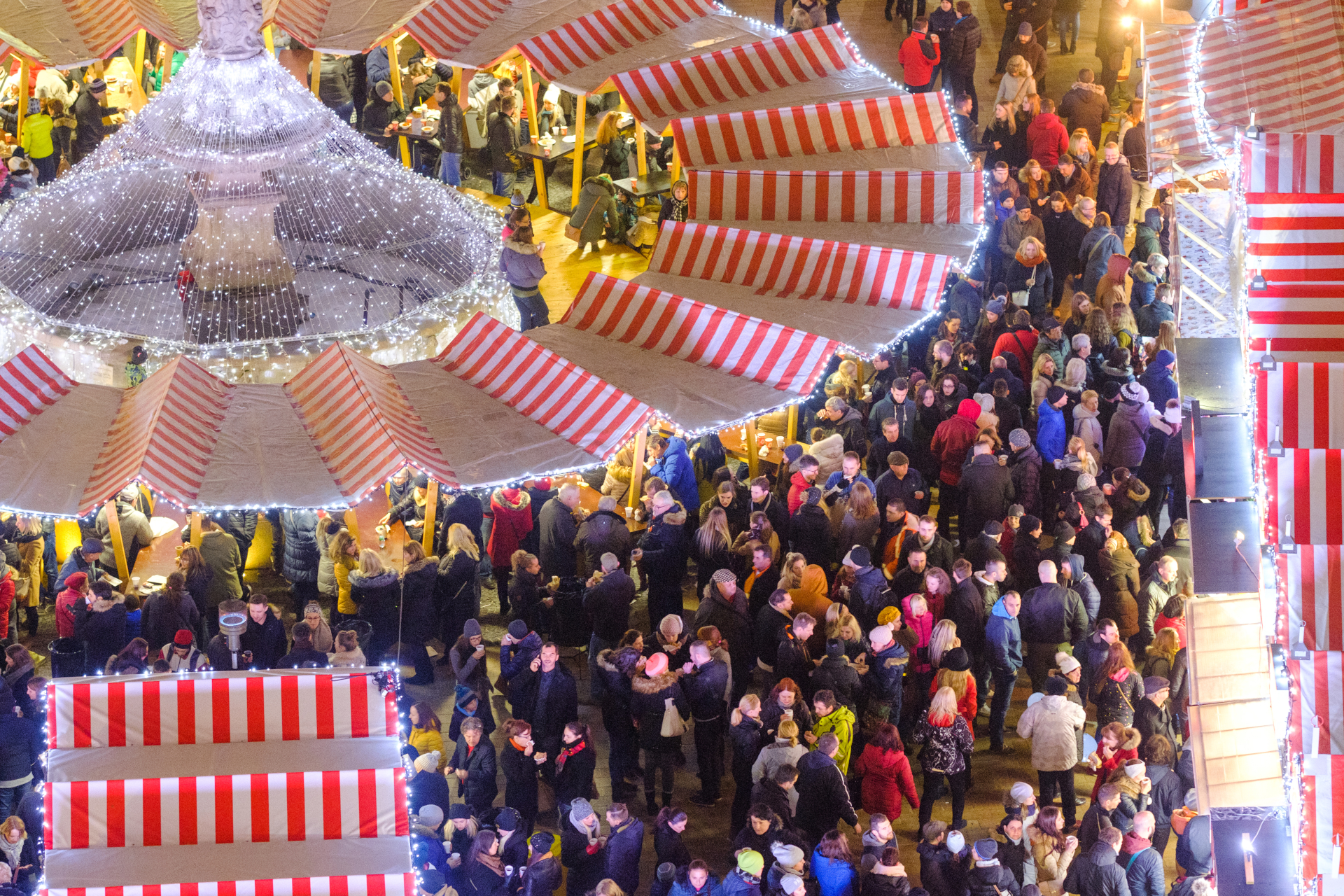 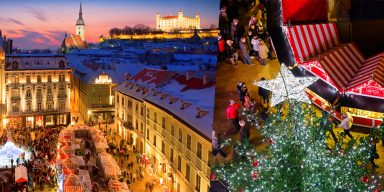 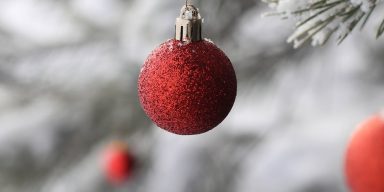 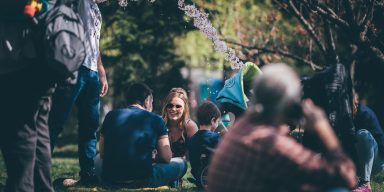 Have Fun with the Whole Family 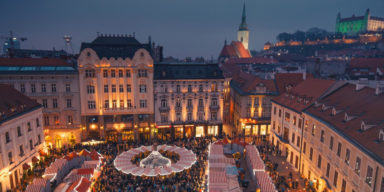 Bratislava Christmas is coming back