If you have ever wondered what informatisation and modern technology entails, perhaps you will get answers you were looking for at the exhibition of Matej Krén. Together with his father Juraj under the “Books, Paintings” project he exhibits at Pálffy Palace GMB works which significantly interfere with the building itself and its functioning. The exhibition initiated a discussion about the current post-industrial era and the gradual replacement of the natural world by media fiction.

The installation of the “elevator shaft and elevator”, the creation of the “cinema hall”, the establishment of the “depository” and the “landfill” are not only new architectural interventions in the building, but also works of art in contrast to each other. All of them are also closely linked by one common object – a book.

This work is a direct reference to the original PASSAGE of 2004 and uses its basic form and idea. The walls of the new passage are no longer built from fixed real books as in the original, but from their illusive projection moving on LCD monitors.

The original symbolic representation of the world encoded on the pages of the books is radically transformed here into another version of the artificial world. The arcade architecture has been transformed into a cinema immersed in darkness. 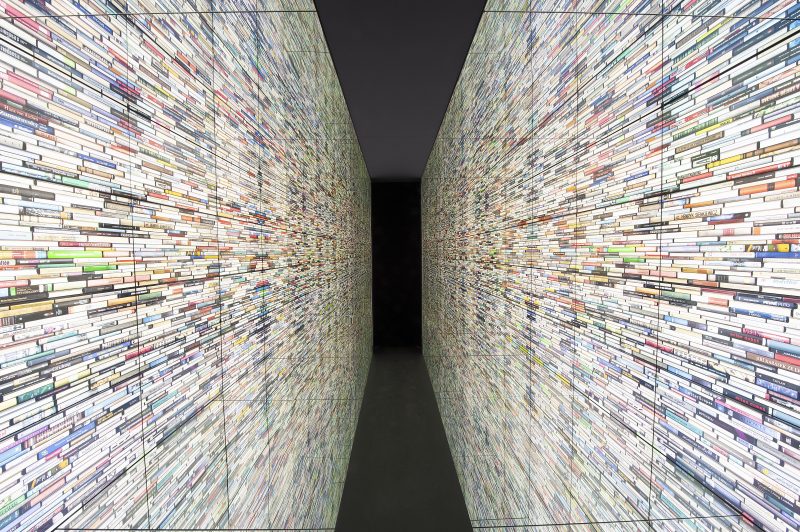 The second project is an exhibition of post-media artifacts called AMNESITARY. Individual objects are made up of books taken out of public libraries that have undergone a process similar to that used in recycling. This destructive process was halted just before the books were completely lost.

The structure of the whole project begins with the selection of exhibits and continues with their arrangement into space. Gradually changing and escalating, the basic organizational schedule of the work is determined by the exhibition space of Palffy Palace. 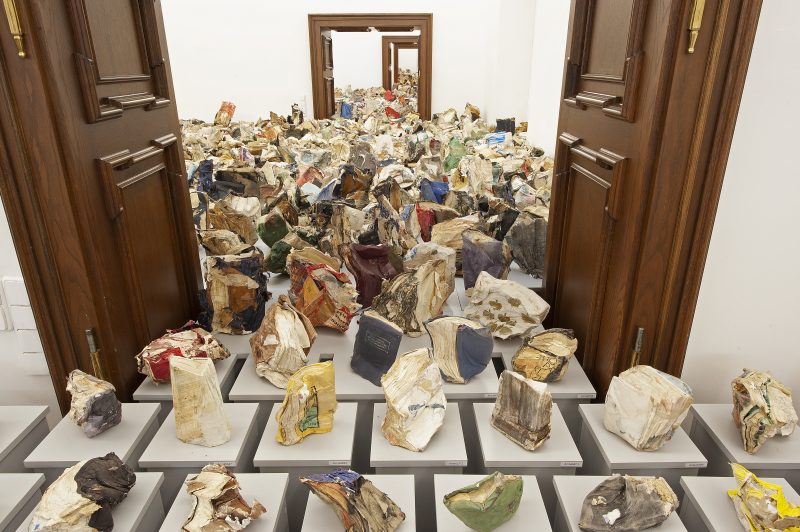 The opening work of the exhibition is SEMIOLIFT – a temporary building within the palace building made from books. This “seeming architecture”, which permeates the building over its entire height, consists of two parts: an external – physically accessible elevator shaft and an internal – virtual elevator cabin.

The elevator shaft passes through the individual floors of the building and can be gradually viewed from the staircase. The elevator cabin and its virtual interior allow visitors a different type of tour – simulated movement of the elevator inside the book shaft. 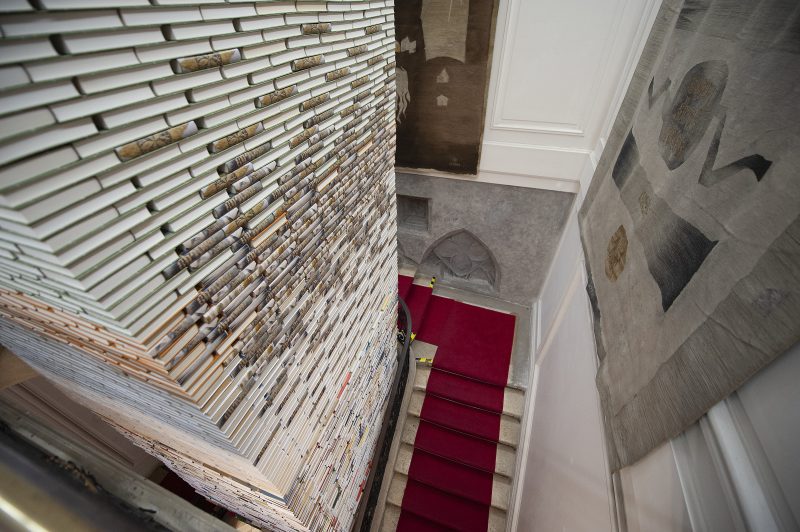 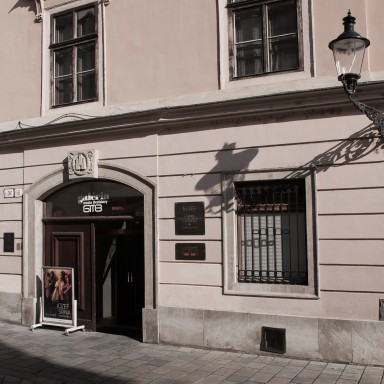 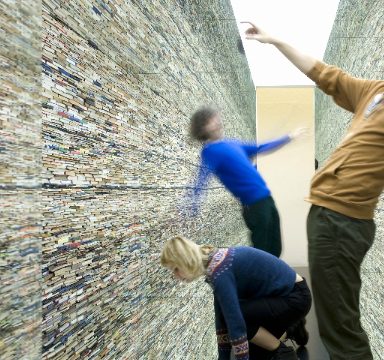 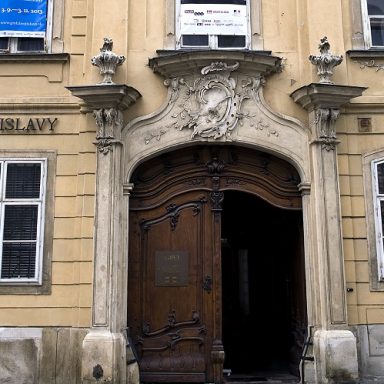