The unquestionable dominant of the Slovakia’s capital is likely known to everyone. Its characteristic shape can be found today not only in the logo of Bratislava. The castle, which written history begins in 907, can be seen from many places in Bratislava. 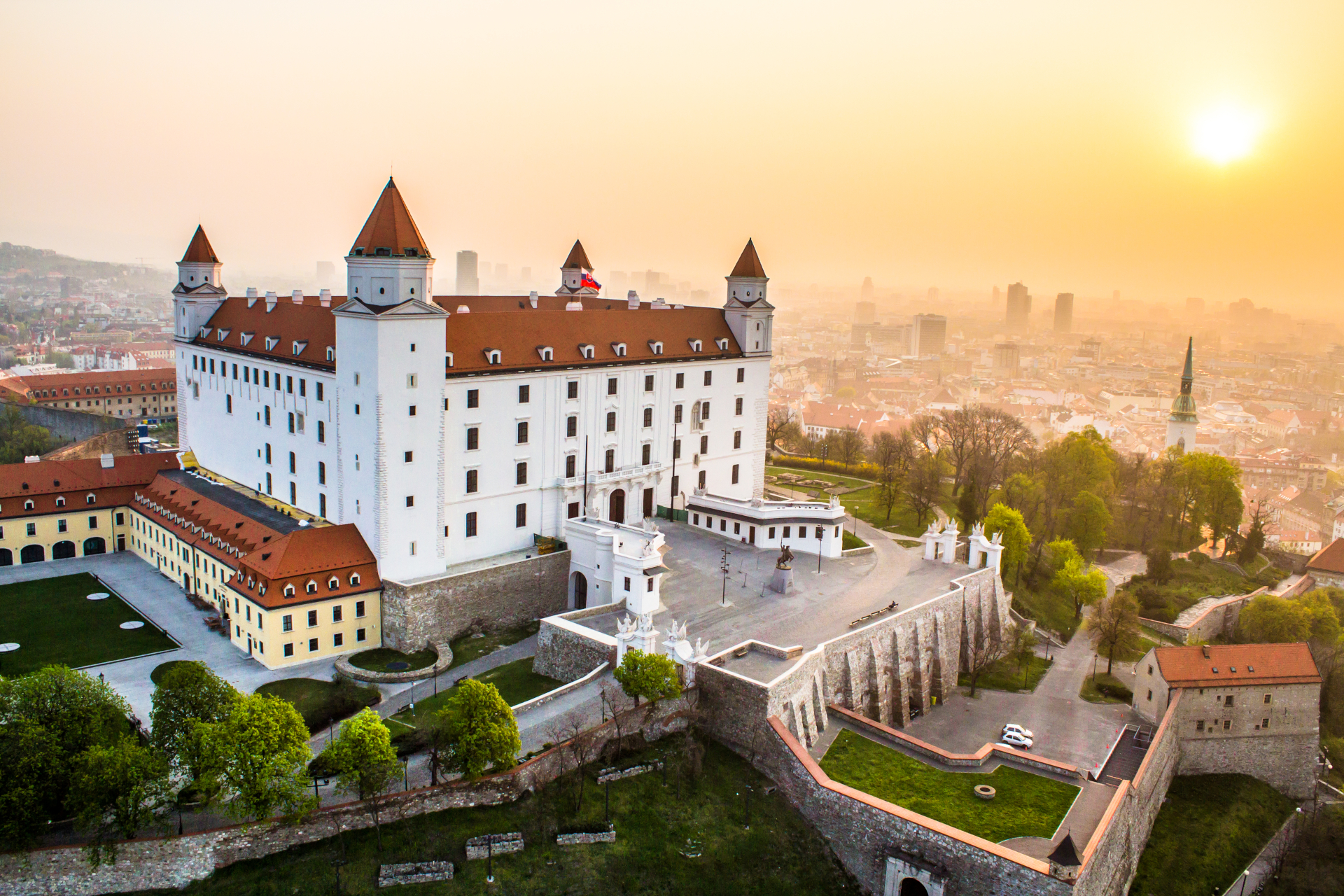 It housed Celtic rulers, Great Moravian magnates and Hungarian kings, experienced periods of boom and bust, was restored into its most famous shape and exposed a golden treasure. Illuminated at night, it is nowadays the most famous location of Bratislava, the cultural centre and the destination of many trips with picturesque corners and amazing views. However, there are a few things you may not know about the castle after all. 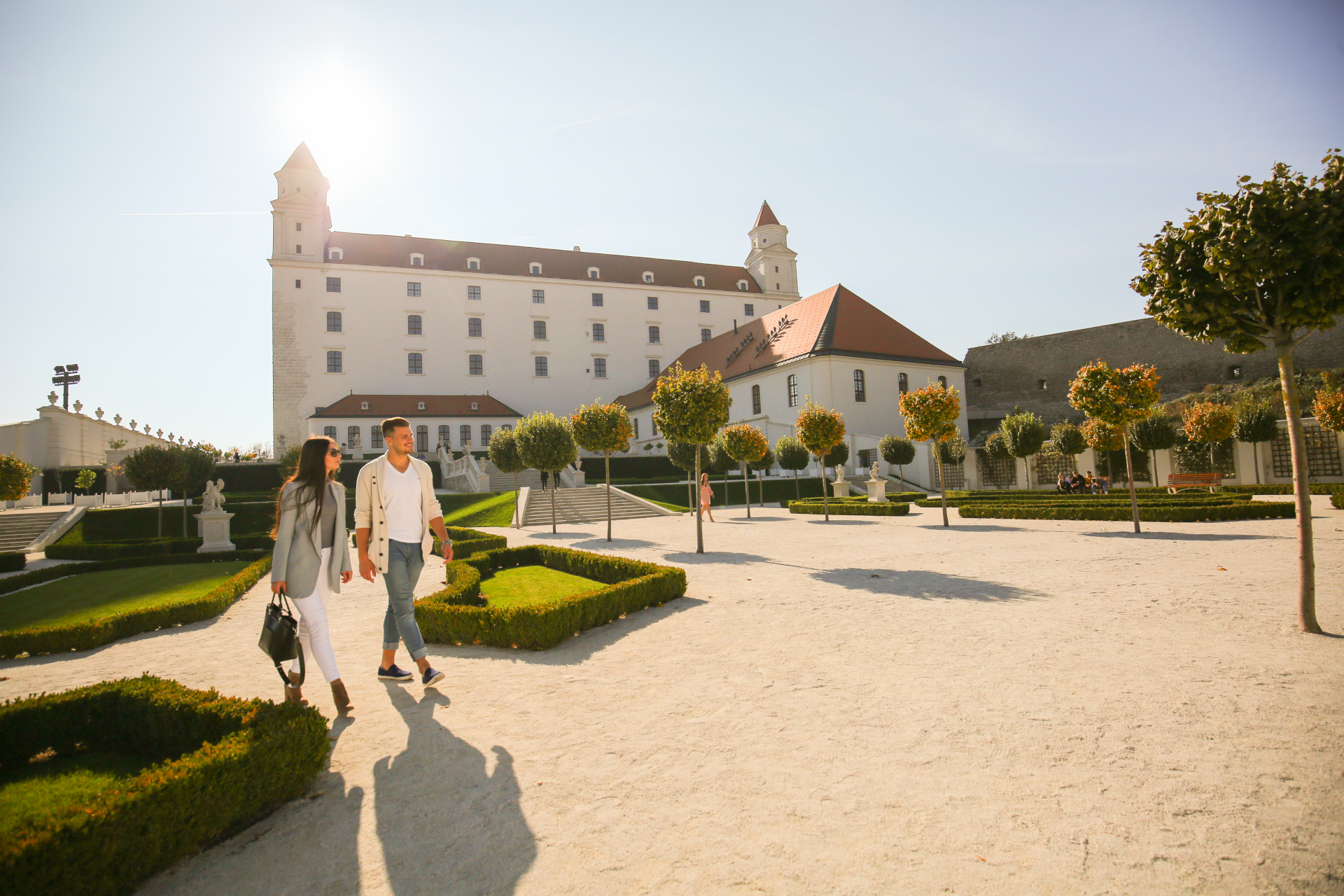 Misleading shape
The conventional idea that Bratislava Castle has the shape of an inverted stool or looks like a cube with turrets is quite widely spread. In fact, it does not have a square but irregular ground plan with a courtyard inside. It is also not true that the castle itself is only this building. There are more structures in the area, including gardens, courtyards, walls and terraces in addition to the castle palace. 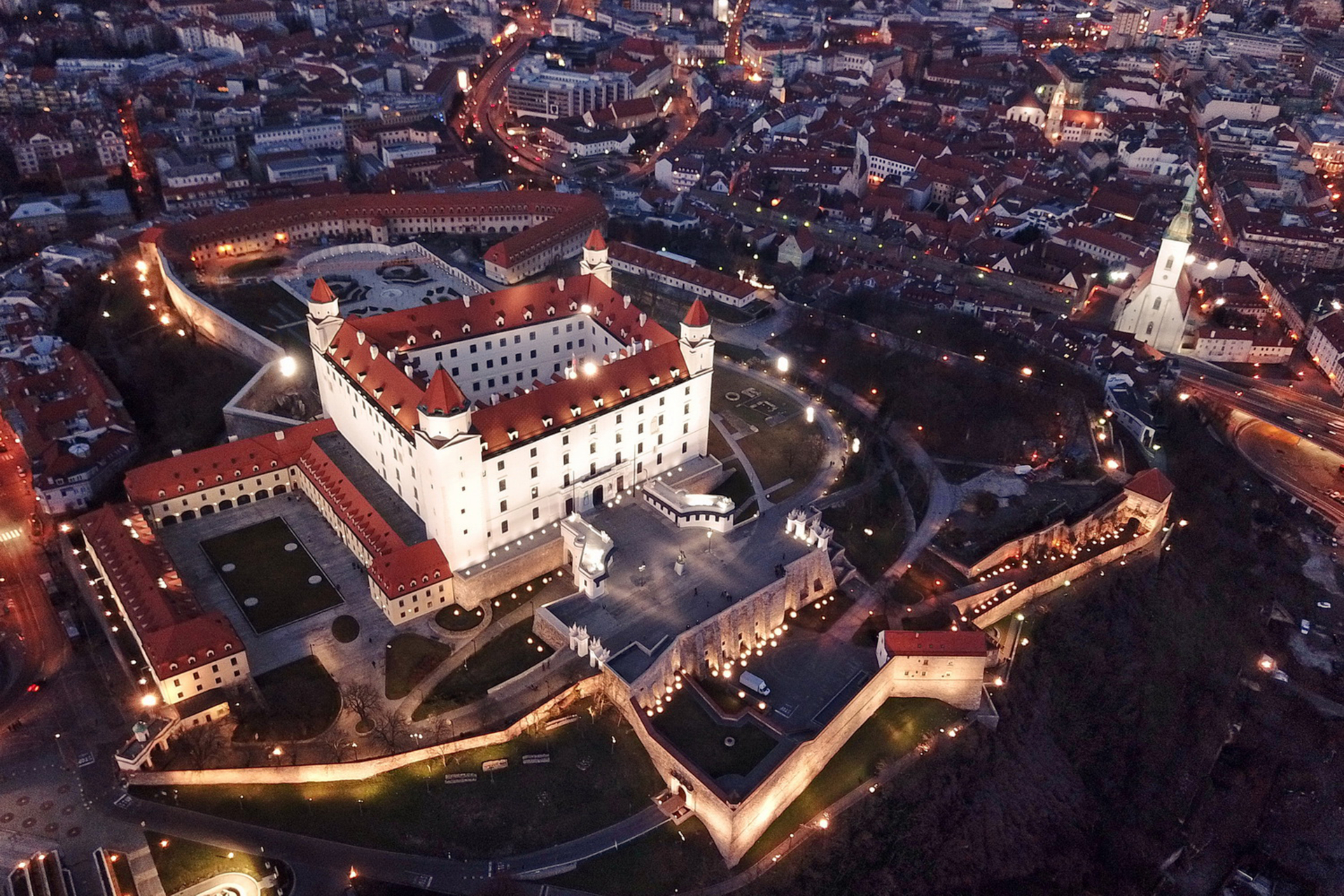 Only one turret
When looking at Bratislava Castle, we see four turrets. The truth is that the castle has only one authentic turret located on the southwest side. The others are only superstructures to the roof. 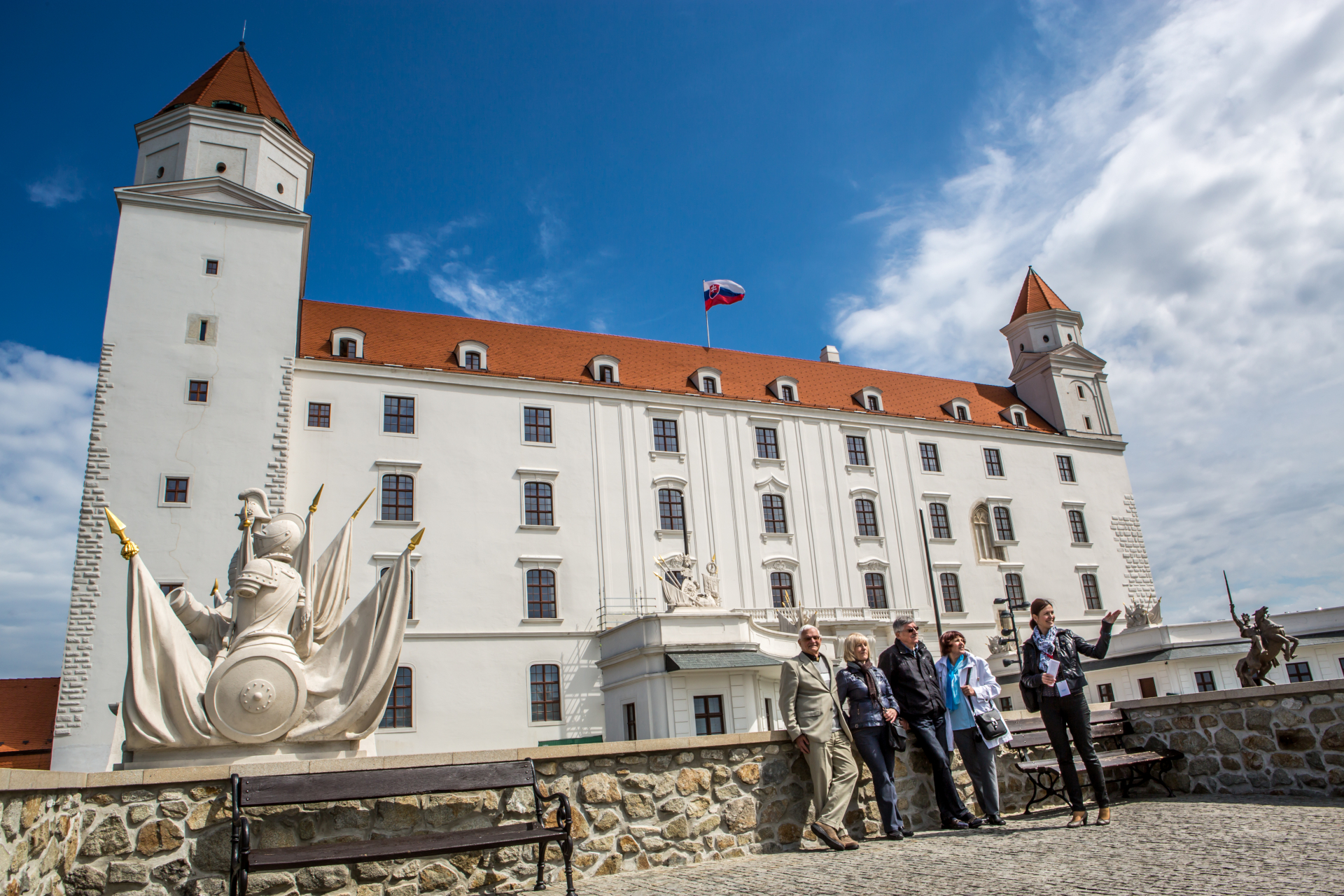 Views of the Alps
The Austrian Alps are more than 100 km far from Bratislava. If weather conditions are favourable, you can see them with the naked eye from the castle’s turret. 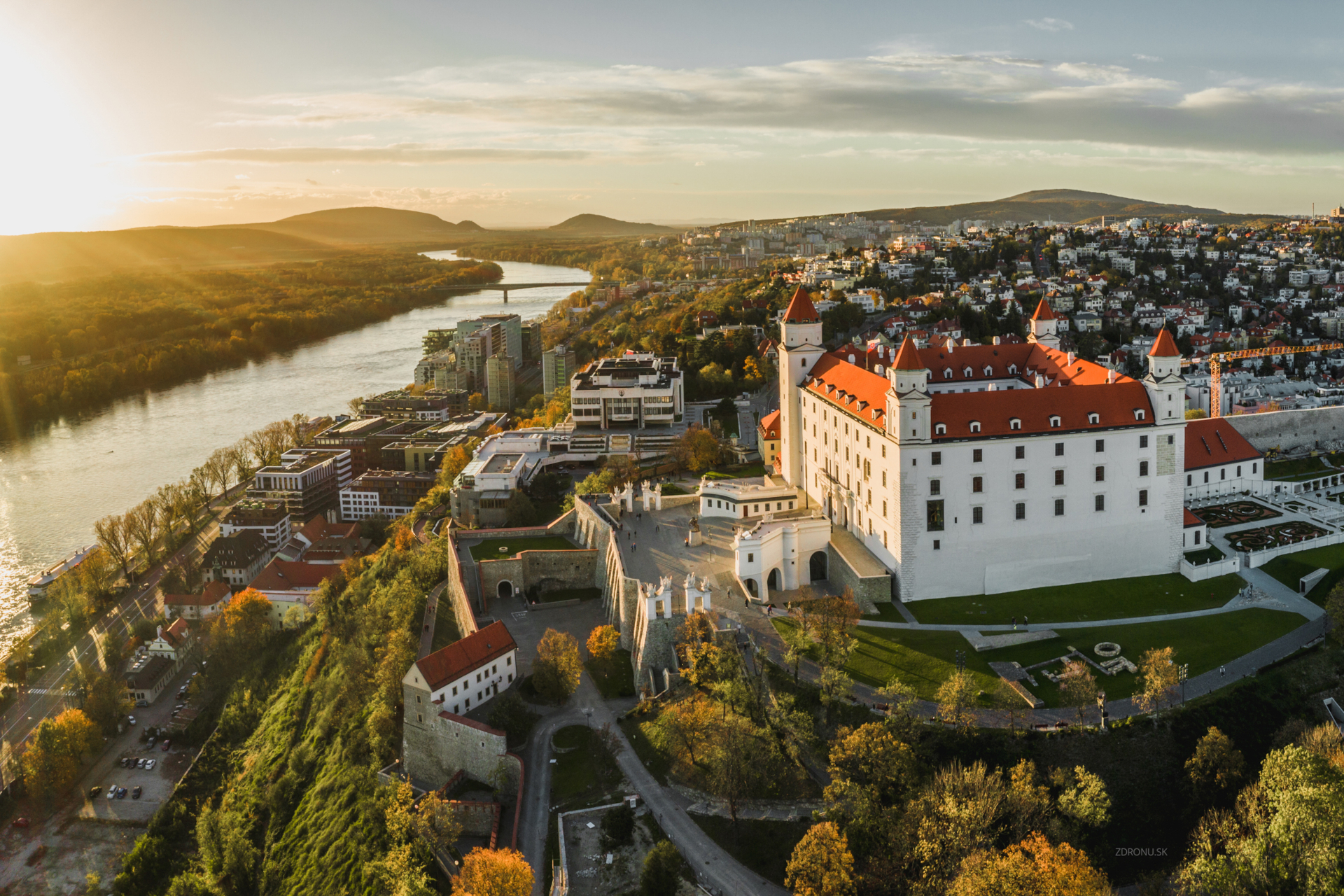 Ruins for almost 150 years
Bratislava Castle is the most famous landmark of the capital. It is startling that from 1811 when it burned down, until 1953 when its reconstruction began, the castle gradually deteriorated and became a ruin. In the first half of the 20th century, its demolition was even considered on several occasions and an archive, office buildings or a university town were to be built in its place. 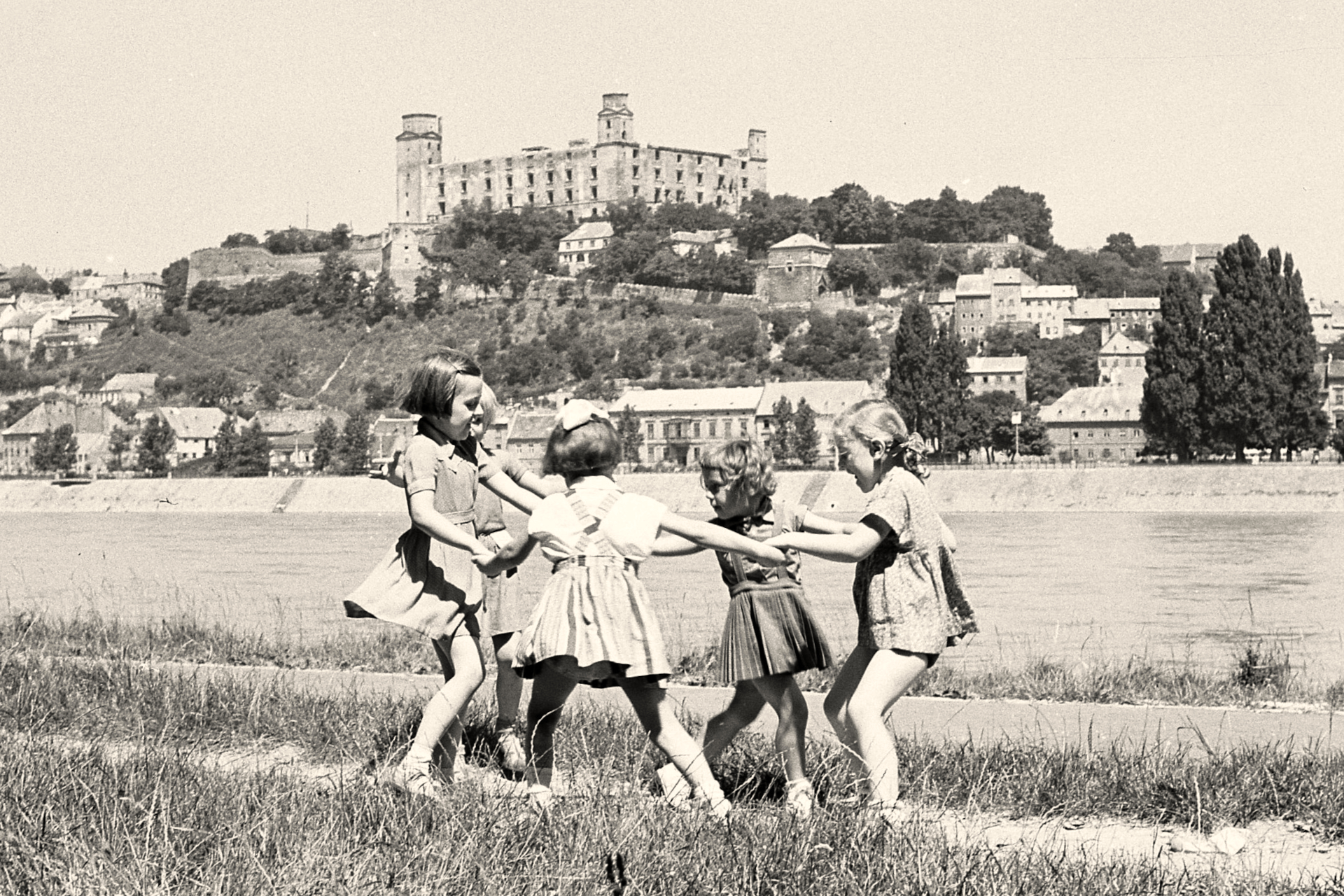 Depiction on banknotes and coins
At present, you can see Bratislava Castle depicted on 10, 20 and 50 Eurocent coins. Previously, it was depicted on 500 Slovak koruna banknotes. 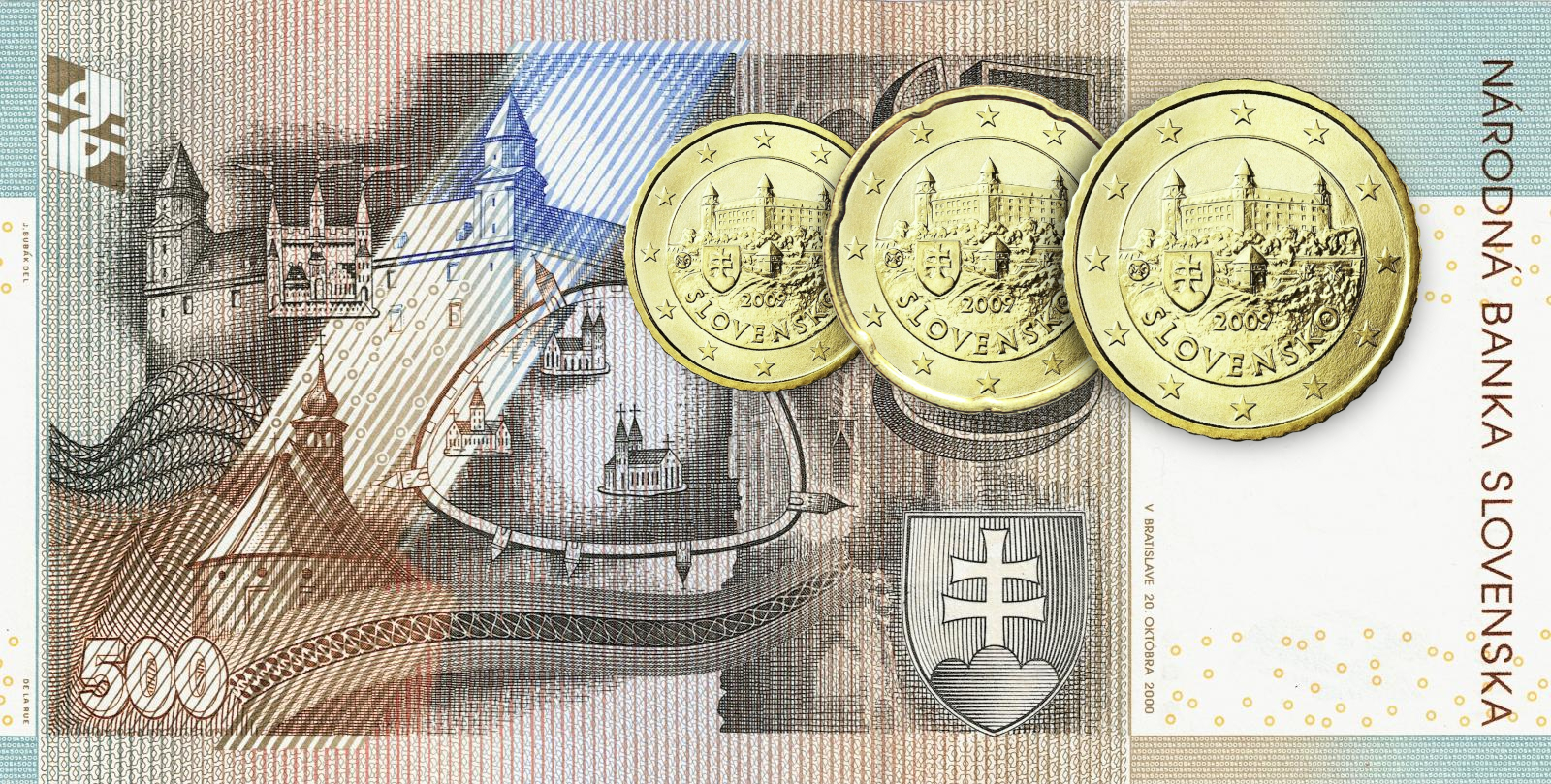 Archaeological discoveries
Due to its dominant and strategic location, the castle hill has been gradually settled since prehistoric times. Thanks to archaeological research, Celtic and Roman buildings, Great Moravian finds and medieval architecture has been preserved. The golden treasure of coins, Biatecs, belong to the most famous finds. In particular, the incredible discoveries from the reconstruction of 2008 to 2014 rewrote the history of Bratislava. Apparently, it was the original Carnuntum, the lost capital of the Celts. 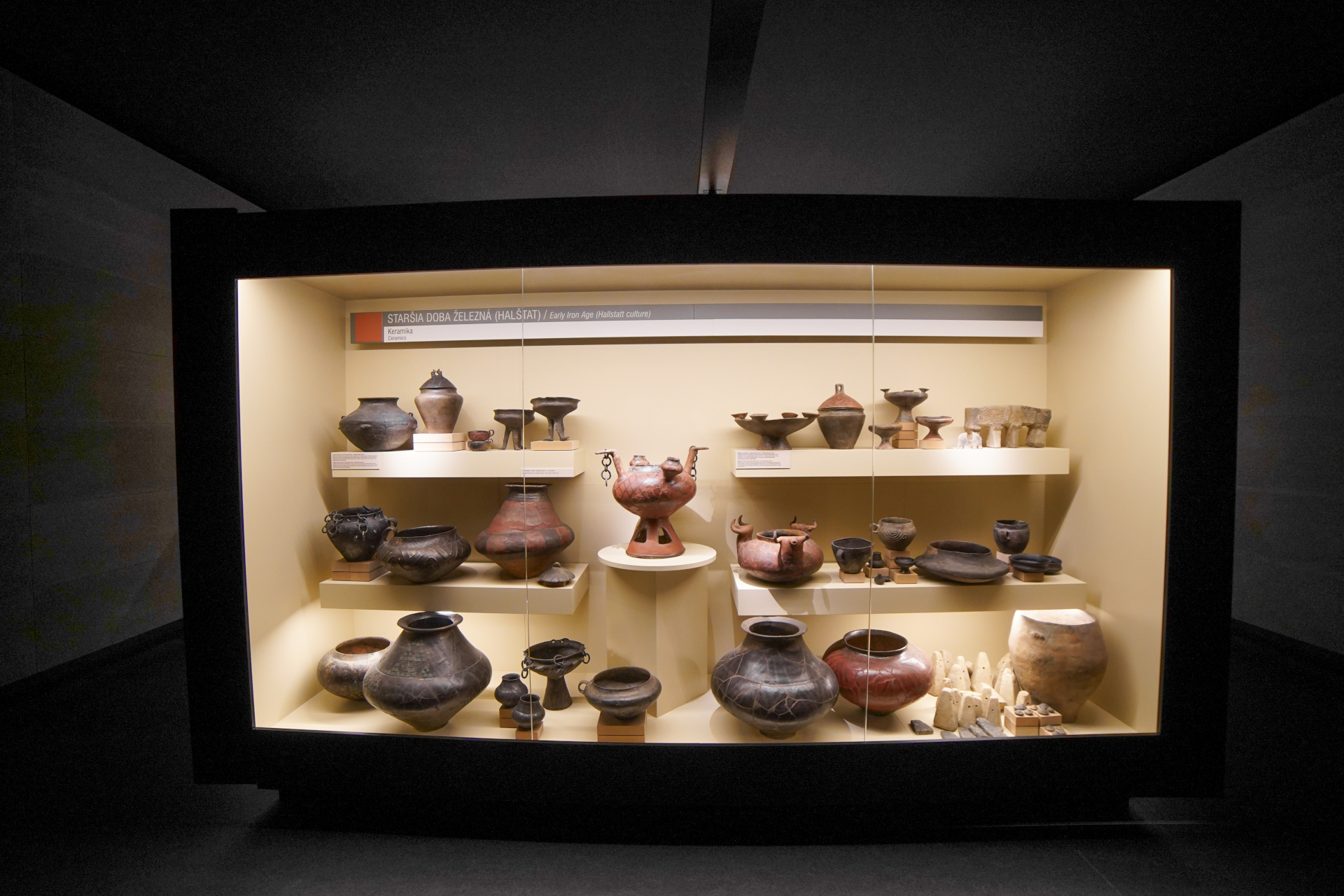 Romantic sunset
The castle courtyard turns to an exceptional place at the dawn. Romance in the form of a sunset attracts a number of domestic and foreign couples. 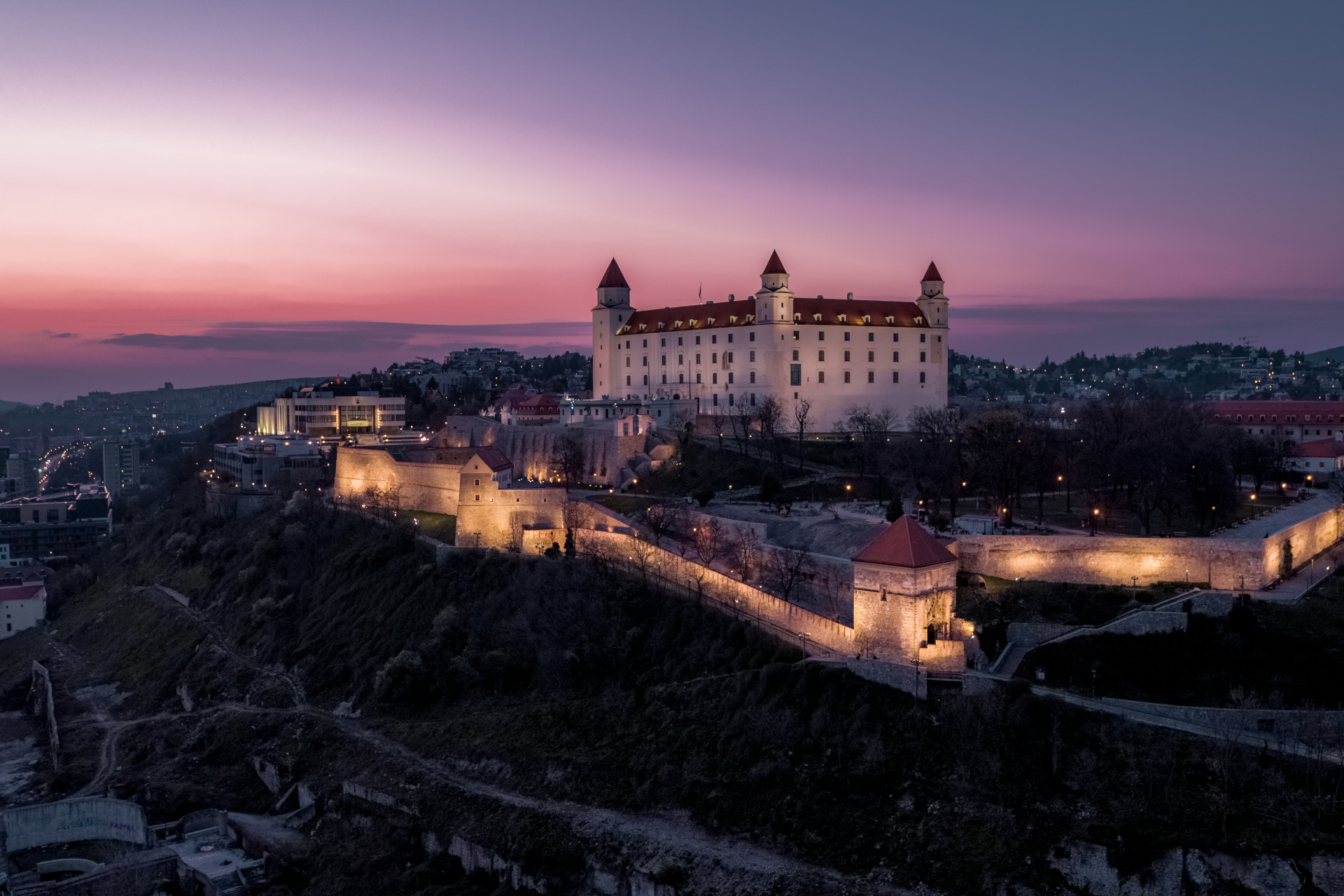 The royal residence of Maria Theresa
The most famous sovereign of the Habsburg lands ruled in the 18th century and Bratislava Castle was her official seat in the Kingdom of Hungary. She used to come here a lot at the beginning of her reign. She cared for it exemplarily, had it generously rebuilt into a representative Baroque residence and the castle became a comfortable noble residence. Later, her favorite daughter Mimi lived here with her husband Albert, the founder of the Viennese Albertina. It was here where Albert’s art collections has been developed. 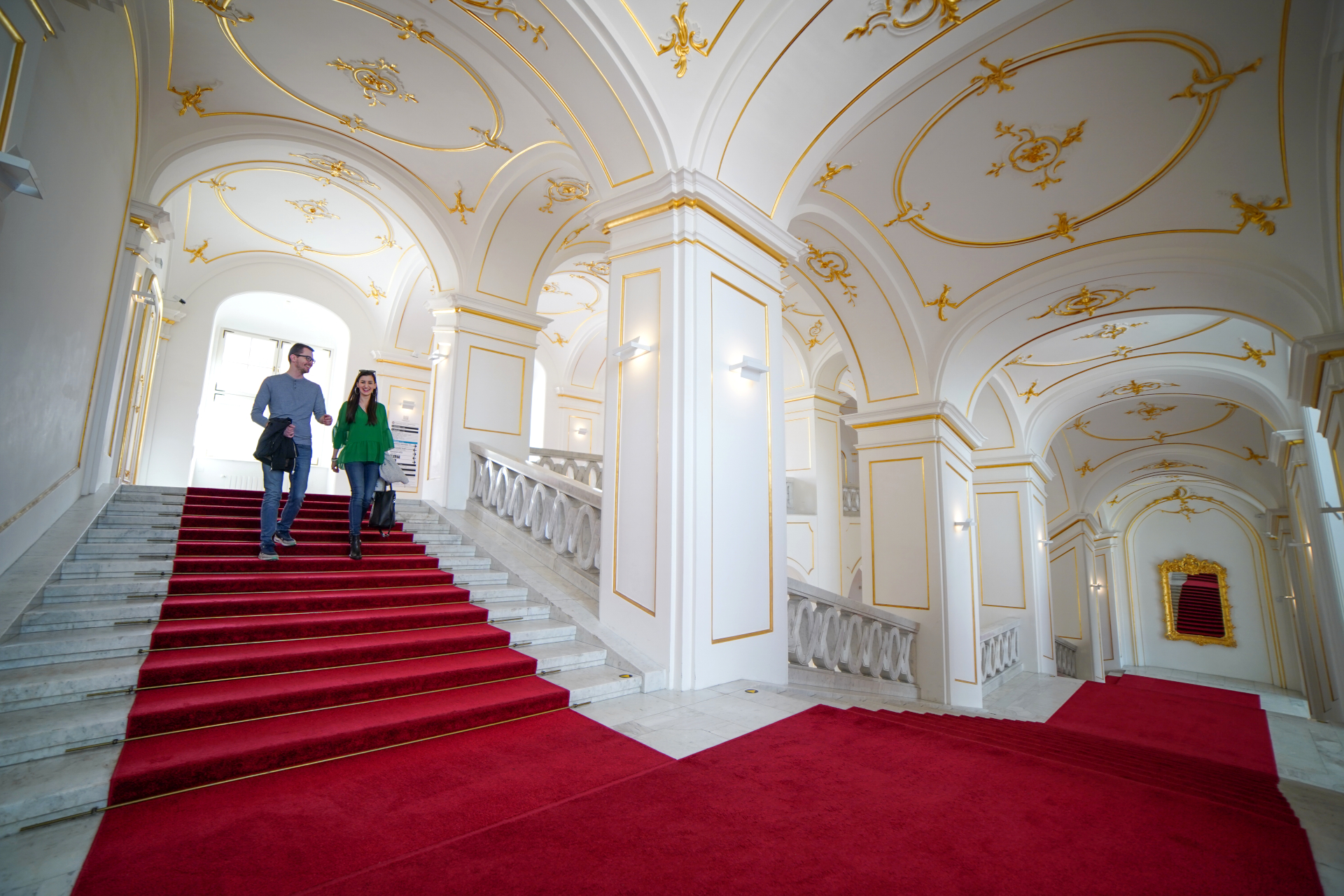 A seminary
Besides the fact that during its history Bratislava Castle served as a royal residence, barracks or even became a ruin, there was also a priest seminary. It was founded by son of Maria Theresa Joseph II as the only such institution in the territory of today’s Slovakia. The castle became a centre of education and a new Slovak intelligentsia began to form here. For example, Anton Bernolák or Juraj Fándly studied here. 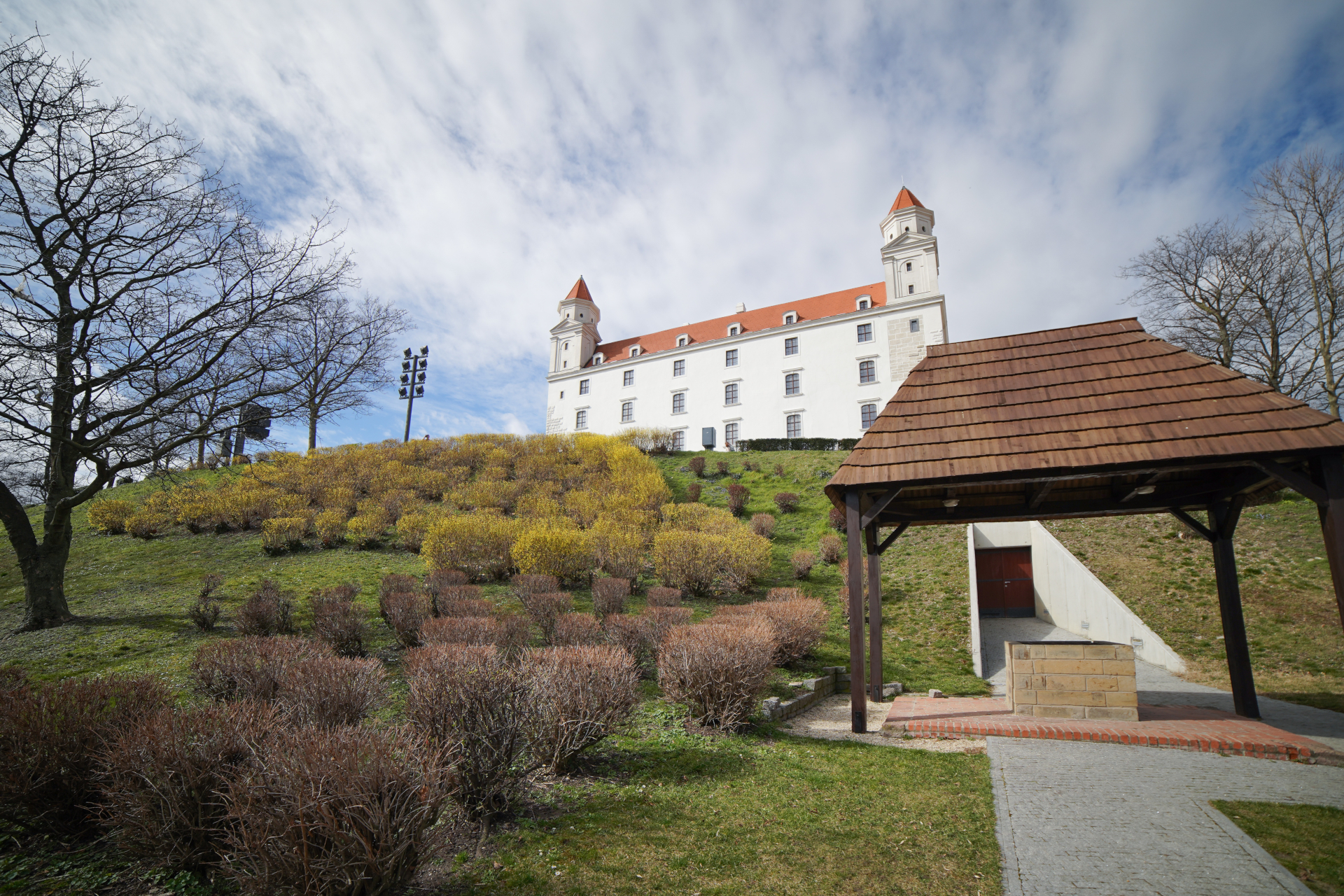 Drilled castle hill
The mostly granite castle hill hides a number of tunnels, branches and adits. It used to be an extensive system of corridors there, not so long ago the wine cellars and in the former atomic bunker even a nightclub. Above all, an almost 800 meters long tunnel was built under the castle. Trams are running through it today, but in the past it served also to cars, pedestrians or as an air-raid shelter with a capacity of up to 10 thousand people. Today’s emergency exit from the tunnel leading to the Palisády Street also served for pedestrians. 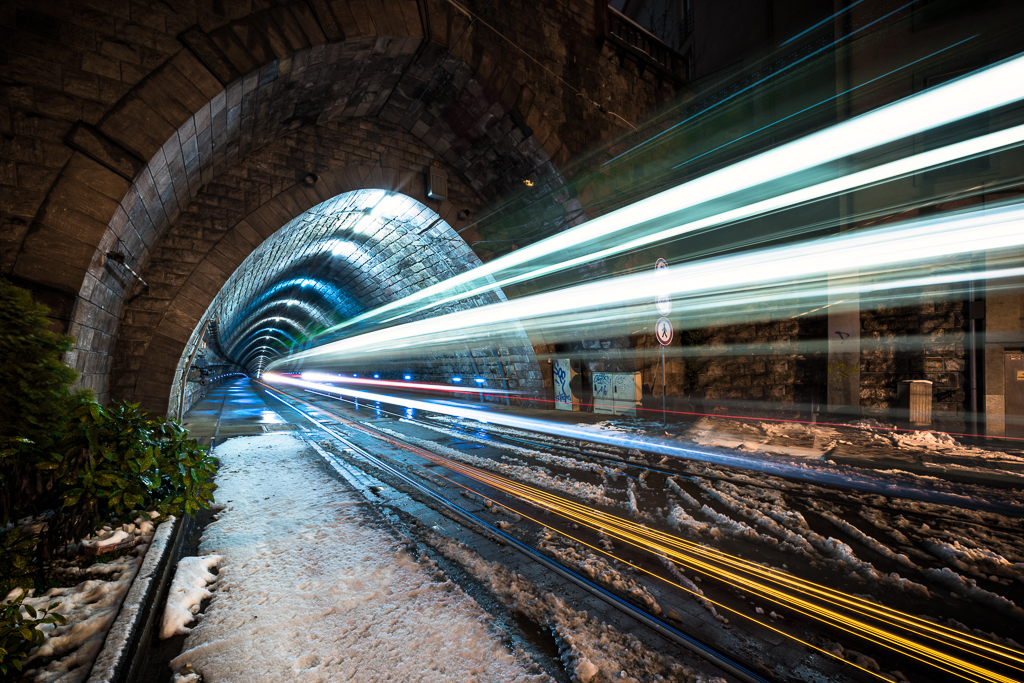 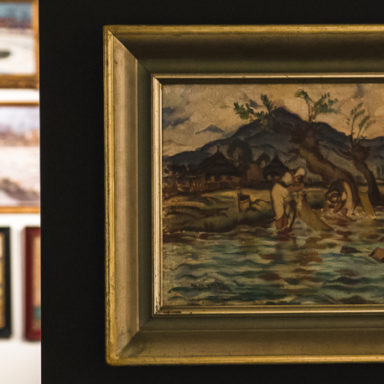 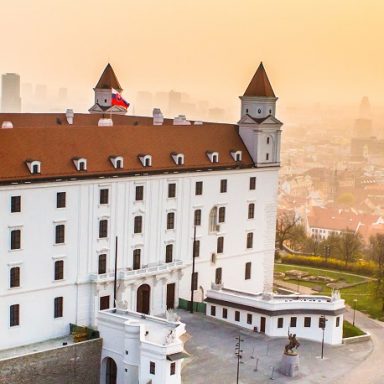