Did you know that the statue of the smiling gentleman greeting people entering the Main Square with a cylinder in his hand was a real person?

Schöne Náci, a famous figure in Bratislava, was an inseparable part of the capital’s promenade and cafés in the first half of the 20th century. Today, no visitor of Bratislava leaves the city without taking a photo with his statue. Together with the Napoleonic soldier and Čumil, Schöne Náci is one of the most photographed statues in the city.

“The fate of Schöne Náci really touched me,” said German tourist Maria Reutling after her husband took a picture of her next to the sculpture. “It’s nice that the city decided to keep a memory of him this way.”

Schöne Náci, whose real name was Ignác Lamár (1897-1967), was a bit odd. He had a difficult childhood, and his unfulfilled love left unhealed wounds on his heart and mental health.

He wanted to be, like his grandfather, a famous circus clown. In a way, his dream materialised, the streets of the city centre, local cafés and pastry shops serving as his big top. Schöne Náci walked the streets dressed up in an elegant evening dress and top hat, walking stick and a pack of his favourite desserts in his hand. He smiled at the people and greeted ladies reverently, saying “I kiss your hands” in Slovak, Hungarian and also German since Bratislava was trilingual at that time. 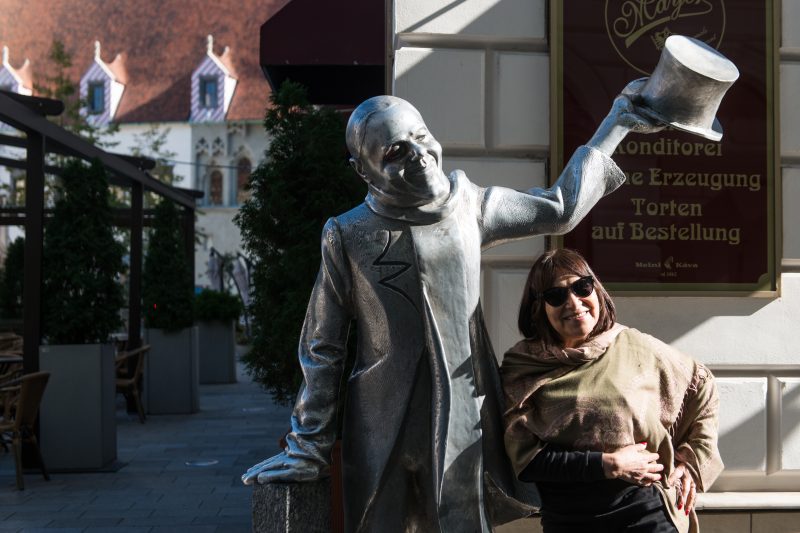 He spent the last years of his life forgotten in a tuberculosis treatment facility in the village of Lehnice, where he died. Only in September 2007 were his remains transported from the local cemetery to the historic Ondrejský cemetery in the Bratislava centre near the graves of several prominent personalities of Slovakia. In the cemetery, as well as in the neighbouring Medic Garden, you can enjoy the greenery and tranquillity hidden in the very centre of the capital.

Return to the jazz era

Today, you can return to Schöne Náci’s times in Hotel Carlton’s restaurant, Štefánka café or Café Mayer. Enjoy delicious specialties from the past and after a good meal, go dancing or listen to some good old jazz.

“For me, old jazz and swing have a kind of desire for joy and happiness encoded in them,” says Janka Dekánková, a singer from Fats Jazz Band. “Maybe this is because it did not originate in rich quarters and happy times. It’s as if the people in the 1920s and 1930s literally materialised the escape from their difficult life into an imaginary world of perfect happiness.” 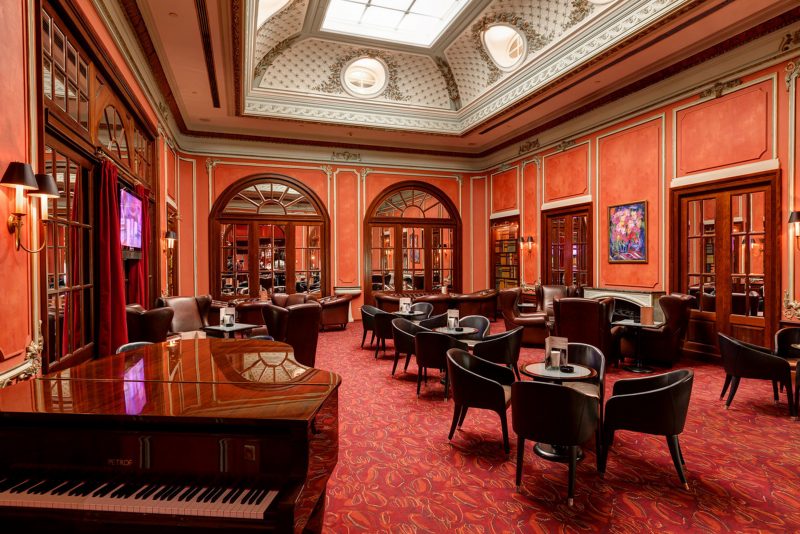 This band will play for you during swing evenings such as Swing Valentine’s Day, the Swing Majáles festival and Swing Christmas. In addition, live swing music can be heard, for example, at Bratislava’s period picnic or during some evenings at the B-Swing dance school. The restaurant and wine bar Selavi on Klobučnícka Street hosts evenings with live swing music, too. The only festival of old jazz in Slovakia takes place in Bratislava. It is called the Golden Age Festival and its sixth edition will be held in the V-Club on SNP Square on September 21, 2019.

Bronze man at work and the inventor of the chess automaton

Just a few metres from Schöne Náci, on the corner of Rybná brána and Panská Street towards Hviezdoslavovo Square, you will find a bronze statue of Čumil. It is said that the smiling man peeking out of the manhole commemorates a leader of the resistance against the Soviet occupation in 1968. The author, sculptor Viktor Hulík, lives on in the imagination of the passers-by. For him, the statue represents the memory of the promenade’s atmosphere during the 1960s when he was a small boy and girls started wearing miniskirts.

You will find the bronze statue of Bratislava’s Leonardo da Vinci, prominent inventor and scholar Johann Wolfgang Kempelen, who became famous for his chess-playing automaton, in the garden of the Water Museum near the Danube River. It is said that whoever touches the finger of the statue gets an idea that can change people’s lives. 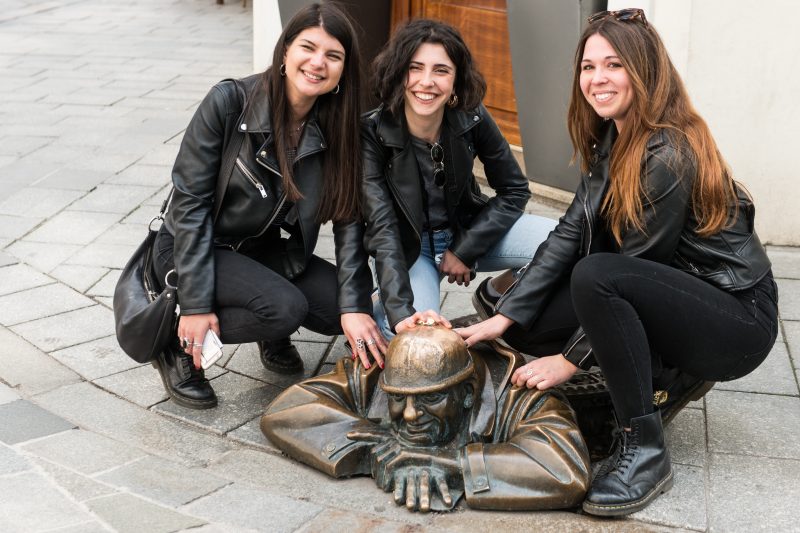 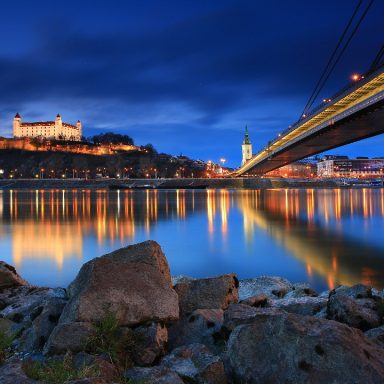 10 Things You Can Experience Only in Bratislava