The Slovak capital’s cultural institutions do not hibernate over the winter. This February, Bratislava’s museums and galleries offer plenty of opportunities to let your imagination loose, learn something new, and play to your heart’s content. Bratislava’s culture is here for you to enjoy even in the winter, and it’s up to you whether to rove around at the weekend or during the week usually with the exception of Monday.

Bratislava Castle will transport you to days long gone, when the ancients wrote about the place that is now Slovakia. The Romans and Slovakia exhibition will teach you the history of this territory when it was adjacent to, and even a little bit in, the Roman Empire. The importance of the Roman period to this area is illustrated by an exhibition at the Museum of History (one of the institutions run by the Slovak National Museum), which was put together to commemorate the 2000th anniversary of the kingdom of Vannius and the successful nomination of Slovak sites to the UNESCO World Heritage List as part of the inscription of the Danube Limes (Western Segment). 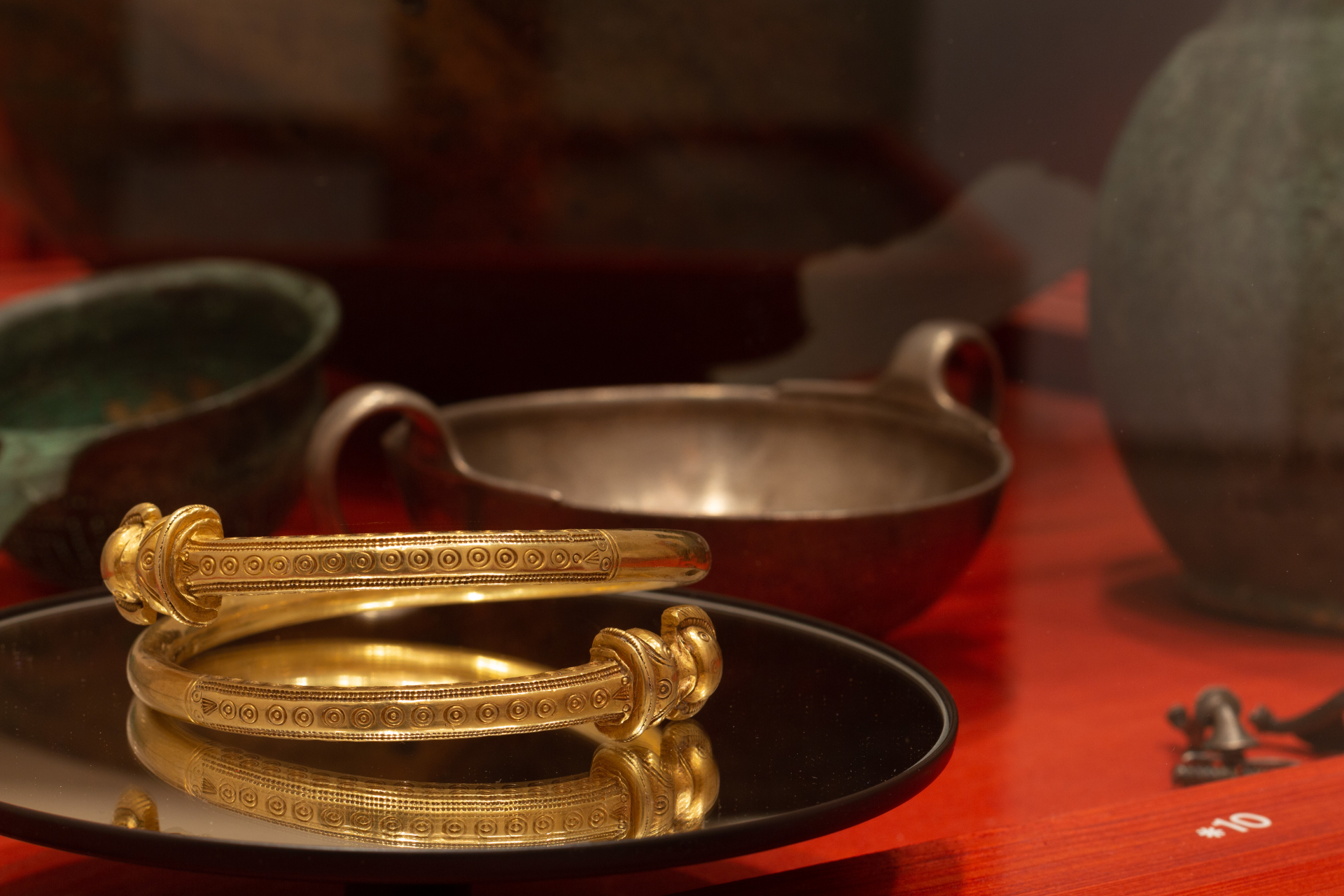 The Museum of Bratislava has three exhibitions inviting visitors to view contemporary design, engage in playful history, or take in an endless panorama. Loading: love, an exhibition in the courtyard of the Old Town Hall that runs until 3 March, lays bare unknown stories of forbidden love over the last hundred years that still have something to say today. Until the end of March, the Camera Obscura installation in the tower of the Old Town Hall lets visitors go right inside this camera and enjoy its magic with their own eyes. An image of what is happening on the Main Square, in the nearby streets, and above the rooftops of the surrounding houses is projected on to the walls of the room. Museum visitors must show that they are vaccinated or have recovered from Covid-19. 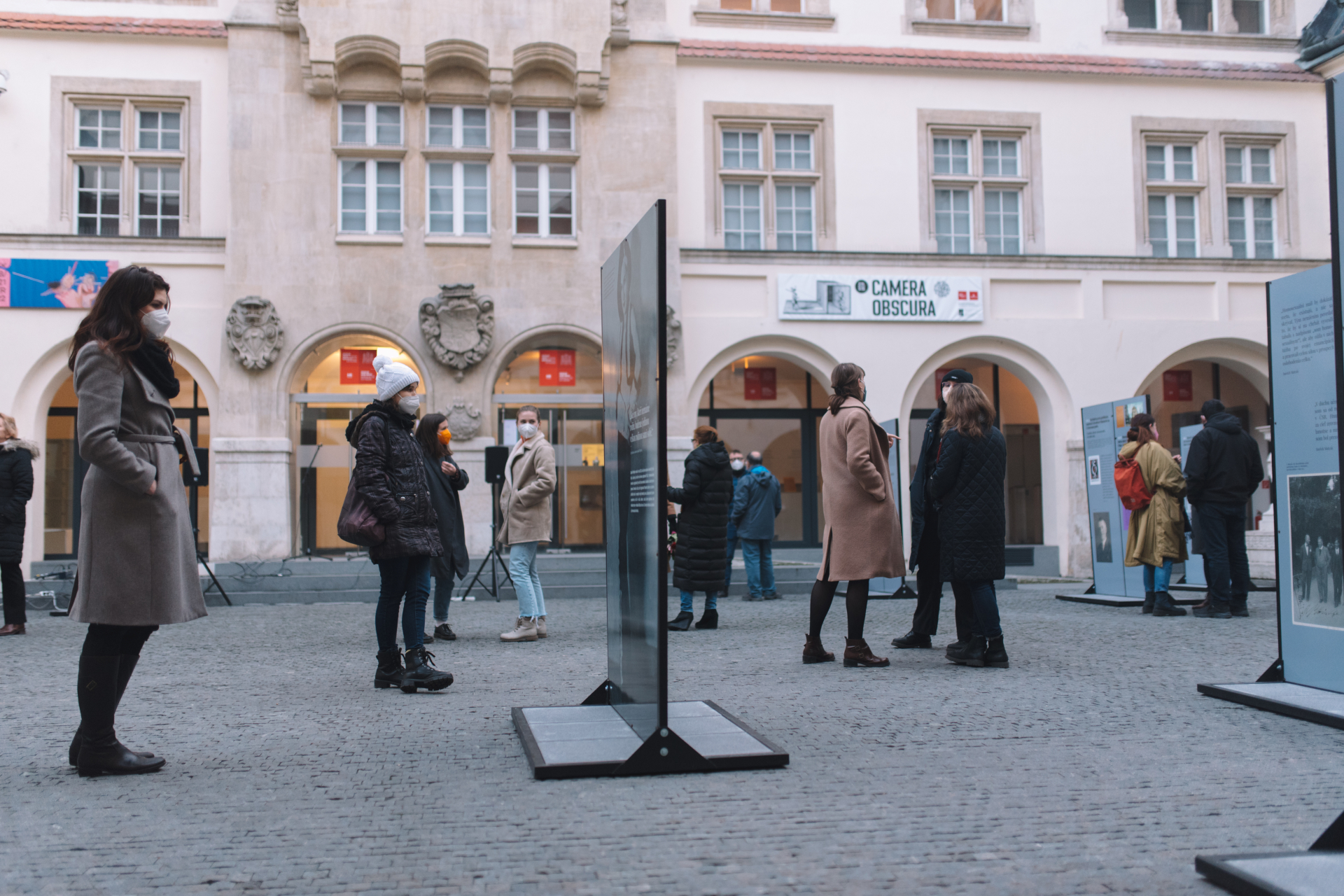 To find out about Toys Gone By, visit the museum’s exhibition hall in the Old Town Hall. Of the 3,000 toys in the museum’s collections, staff picked out nearly 1,600 of the most iconic ones from the late 19th century to the end of the 20th century. Most have never been seen by the public before or on such a scale. And you don’t have to just stand and stare – you can play with enlarged copies of the original toys in a separate section for as long as you want. This interactive exhibition of historical toys from the museum’s repositories is open until 27 March. Weather permitting, you could also pay the legendary Devín Castle a visit. There are nooks and crannies all over the vast grounds, and the views are worth it even on cold days. 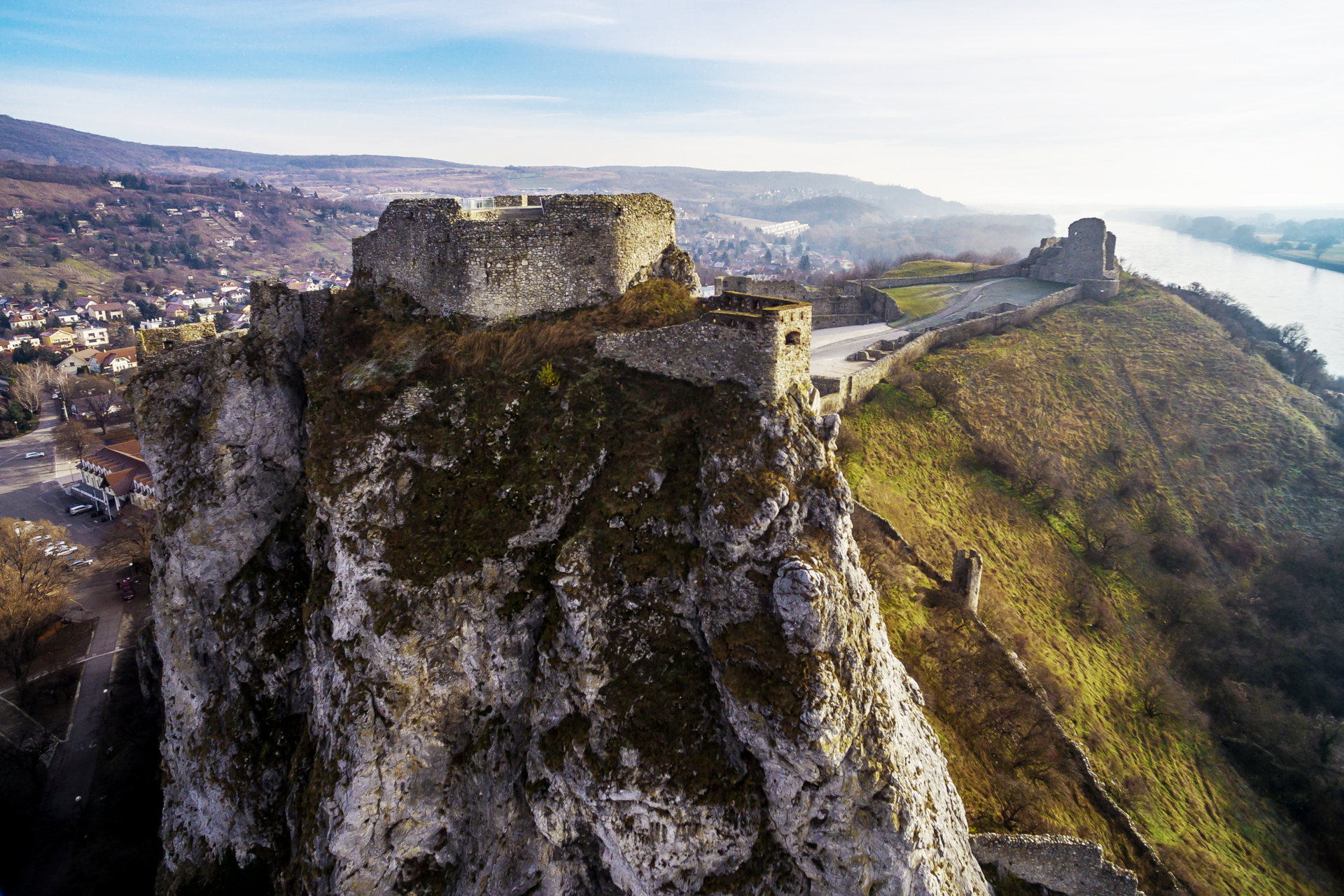 Besides its permanent exhibitions, Bratislava City Gallery currently has two shows on offer. The Whole is Smaller than the Sum of its Parts and if you don’t believe it make your way to the same-named exhibition at Mirbach Palace by 20 February. This exhibition of the neo-avant-garde artist Peter Bartoš, open to visitors who have been fully vaccinated, builds on the asymmetrical units and contributions of co-exhibitors Petra Feriancová, Andreas Fogarasi, Martin Hrvol, Anna Jermolaewa, Ingeborg Strobl, and Lois Weinberger. Elsewhere, Milota Havránková, Libuše Jarcovjáková and Zuzana Pustaiová present their Latent Revolutions at Pálffy Palace. This exhibition of three female photographers, a pilot project by the newly established Milota Havránková Foundation, will run until 27 February. 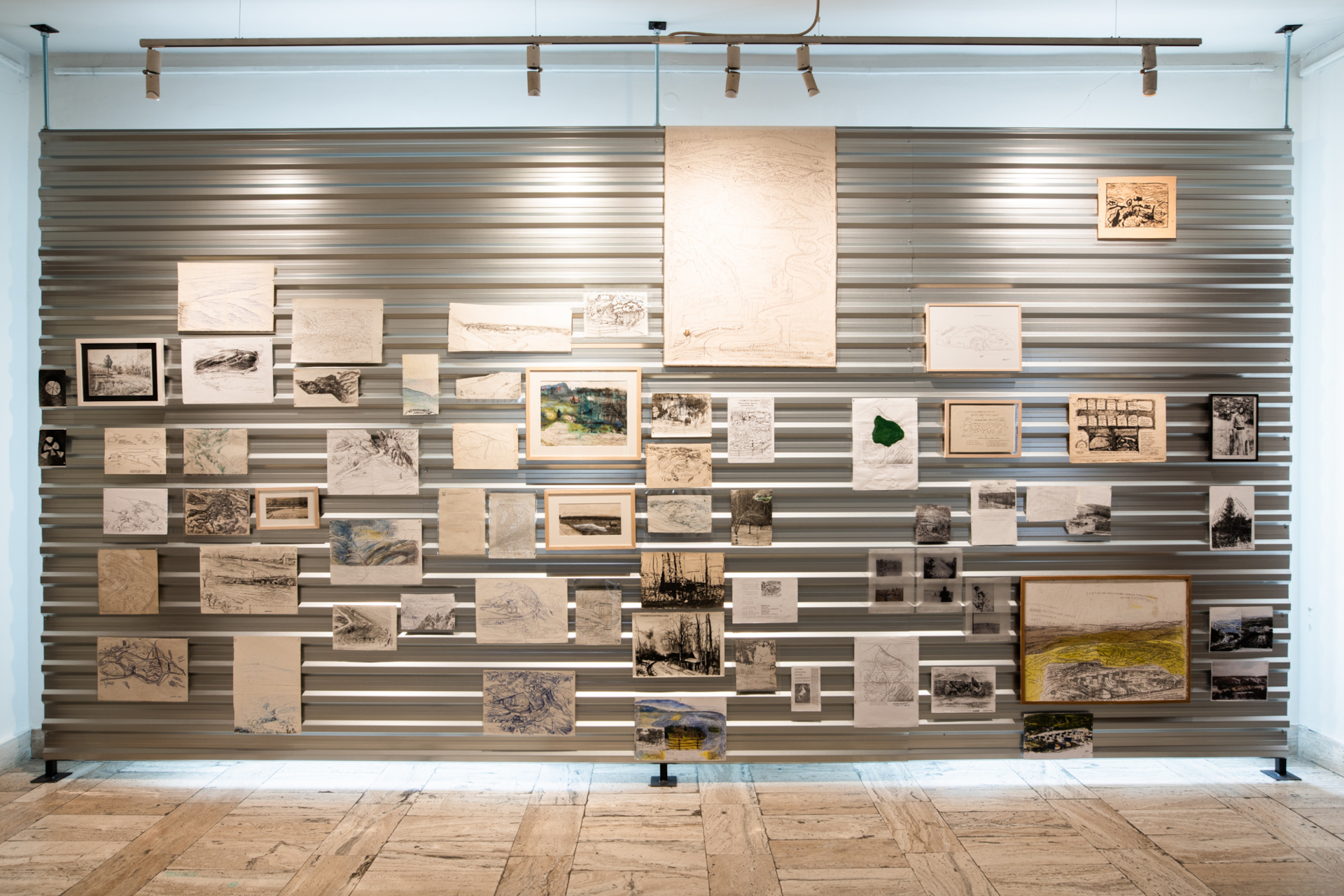 The Cool Nouveau exhibition at Umelka Gallery will guide you through the Ringstrasse, tracking its progress from ring road to ornament. It will introduce you to the Bratislava’s Art Nouveau period, when the city was beginning to transform into a modern metropolis. This is when the first trams rang through the streets of Bratislava, propeller-fitted ships cruised the river, cafés and wine bars sprang up, and sports such as rowing, tennis, and swimming became popular. You have until 23 February to take a look back at the times when there was a trend for the new and burgeoning. 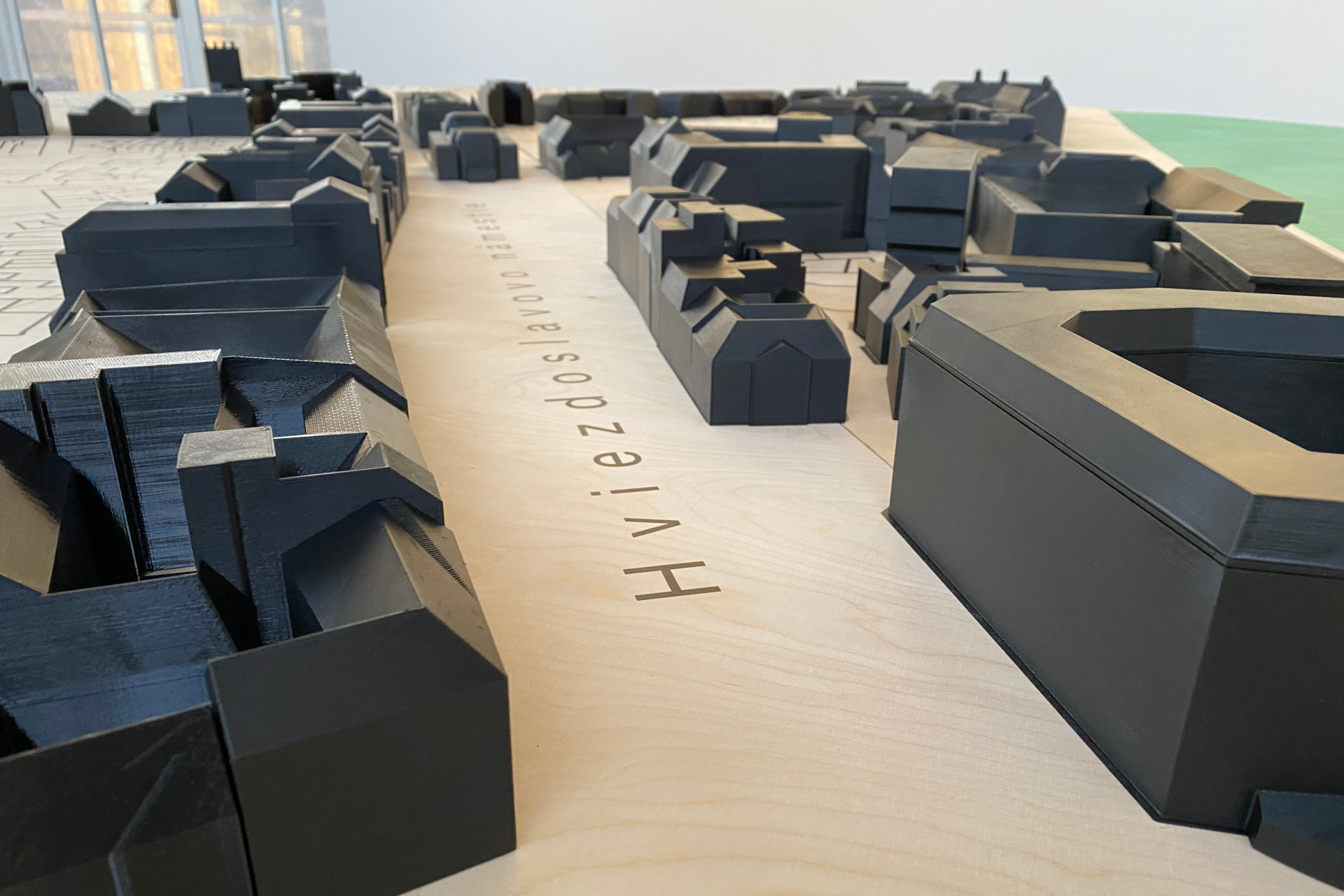 Nedbalka Gallery in the heart of the Old Town has a permanent exhibition of Slovak modern art and is now also running a Marián Čunderlík show called In the Struggle for a New Vision. Pop along by 24 April to view a selection of the artist’s works from 1949 to 1969 that are housed in the gallery’s collection. 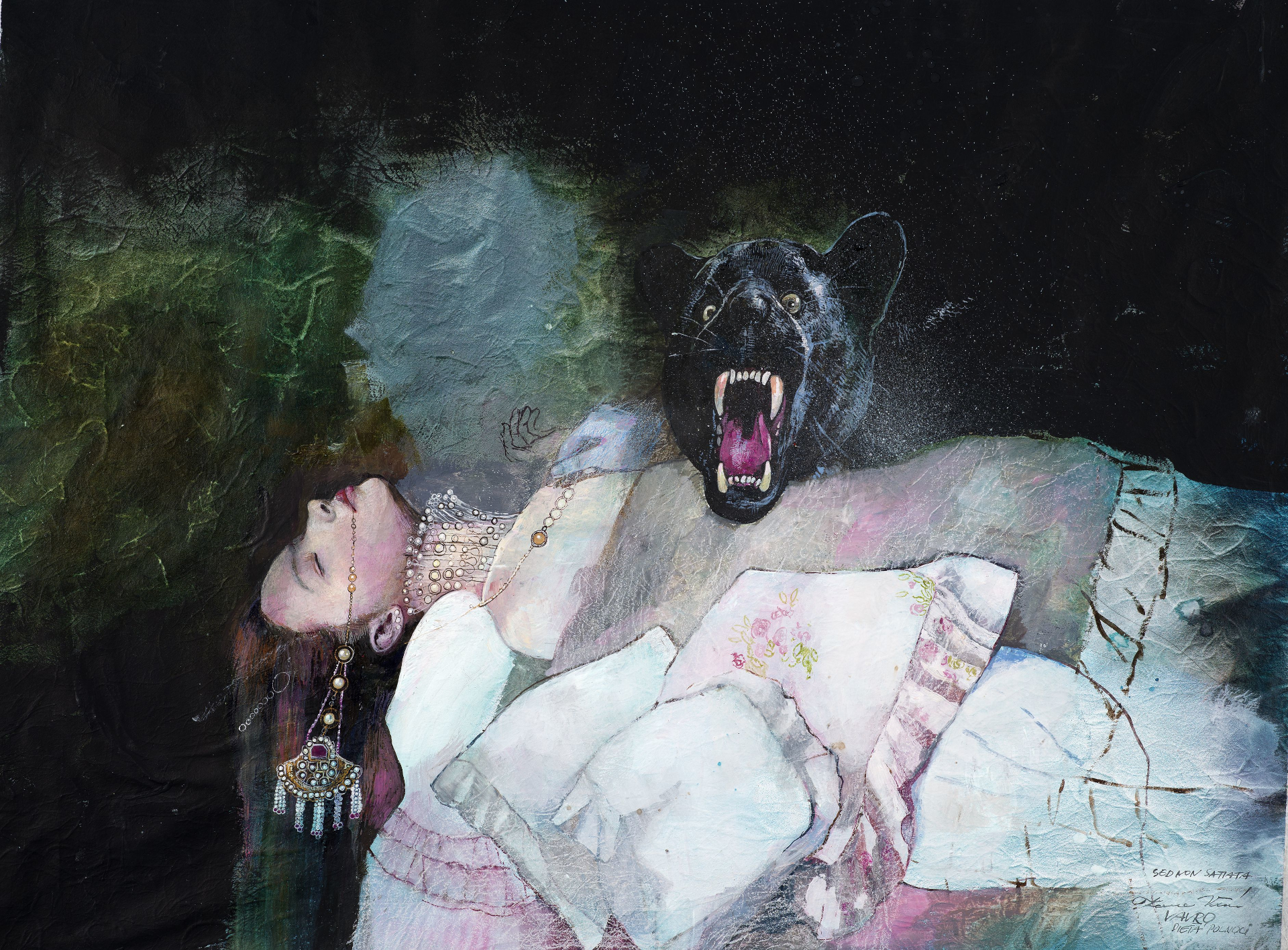 If you’re vaccinated, you’re welcome to visit the Danubiana Museum in Bratislava’s Čunovo district, which is currently staging five exhibitions. Until 27 February, Katarína Vavrová is showing The Passions of Poets in the form of paintings teeming with fantasy and imagination, and Edward Quinn is presenting My Friend Picasso, an exhibition of photographs from the life of this great artist as he rests, meets friends, and gets together with his family. You have until 13 March to let yourselves be swept away by the magic of Milan Paštéka’s oeuvre and admire the intermingling manifested in Martin Krajc’s work. Milan Paštéka and Friends is a reminder of Paštéka’s personal relationships and get-togethers in a variety of places, at different times, and on a variety of occasions. Martin Krajc’s broadly conceived solo exhibition Immersion focuses on the discovery, blending and interpenetration between figurative and zoomorphic themes inspired by modernist architecture, film, fashion photography, and literature. The Danubiana is also running Illustrations, an exhibition of drawings by Božena Plocháňová, until 27 March. The pleasant, humorous pictures here will also appeal to children. 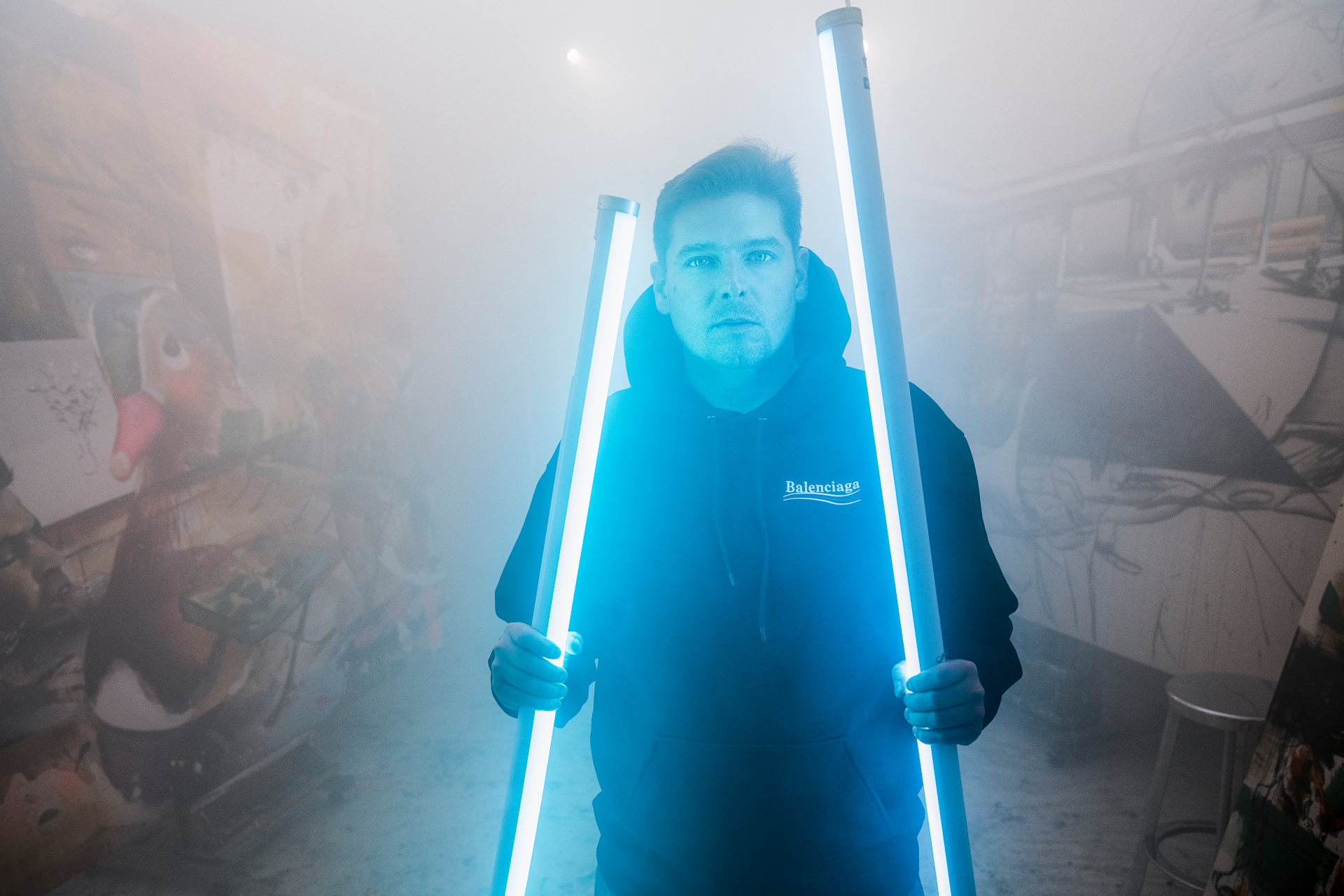 Until 20 February, the Central European House of Photography is home to Islands in the Everyday, an exhibition of photographs by Ivan Matejka to mark his 80th birthday. This show is proof that beauty can be found even in the mundane. The retrospective exhibition commemorates significant moments in the lifetime work of this native of Bratislava. It has been curated from photographs he donated to the Museum of Photography last year. It is full of aesthetic moments from various nooks and views in Bratislava. The oldest photograph dates back to 1956, when Matejka was 14 years old.

Even an exhibition can be untitled. That is, if that’s what it’s called. Denisa Lehocká has fashioned a complex “spatial collage” that keeps the exhibition space enclosed. This is a deep “window” making the Untitled exhibition visually accessible to the public from the outside. You can find it at the Kunsthalle Bratislava until 20 February, with a guided evening tour by curator Boris Ondreička on 15 February. This tour will be held outdoors, so you will be able to see the exhibition from the outside.

Gallery 19 is hosting two shows until 18 February (visitors must have proof of vaccination). The first is Textile Memory by Eva Cisárová-Mináriková, who dreams a dream of material aesthetics, of paper and fabric, painting and weaving. The second is Viera Palárik Margetová’s Echoes, Messages, inspired by Irish medieval manuscripts and evangelistaries.

The lobby of the Bratislava headquarters of the NBS Gallery is showing Fairies, Gods, and Goddesses, an exhibition by graduates of the Academy of Fine Arts, until 28 February. Here, Andrea Bartošová, Margaréta Petržalová, and Ester Sabik present to you how they view myths and fairy tales.

You can even take in a bit of art when you’re doing your shopping. Until 4 November, you can visit Tradition Untraditionally: Wood, an exhibition in the new Tradition Untraditionally series by the Centre for Folk Art Production (ÚĽUV) at the ÚĽUV Gallery on Obchodná Street. It features a selection of design on three temporal planes: history – present – future, installed in thematic high-contrast arrangements reflecting the distinctive functions of objects in which wood is the dominant material – receptacles, furniture, toys, jewellery, musical instruments, and staffs. 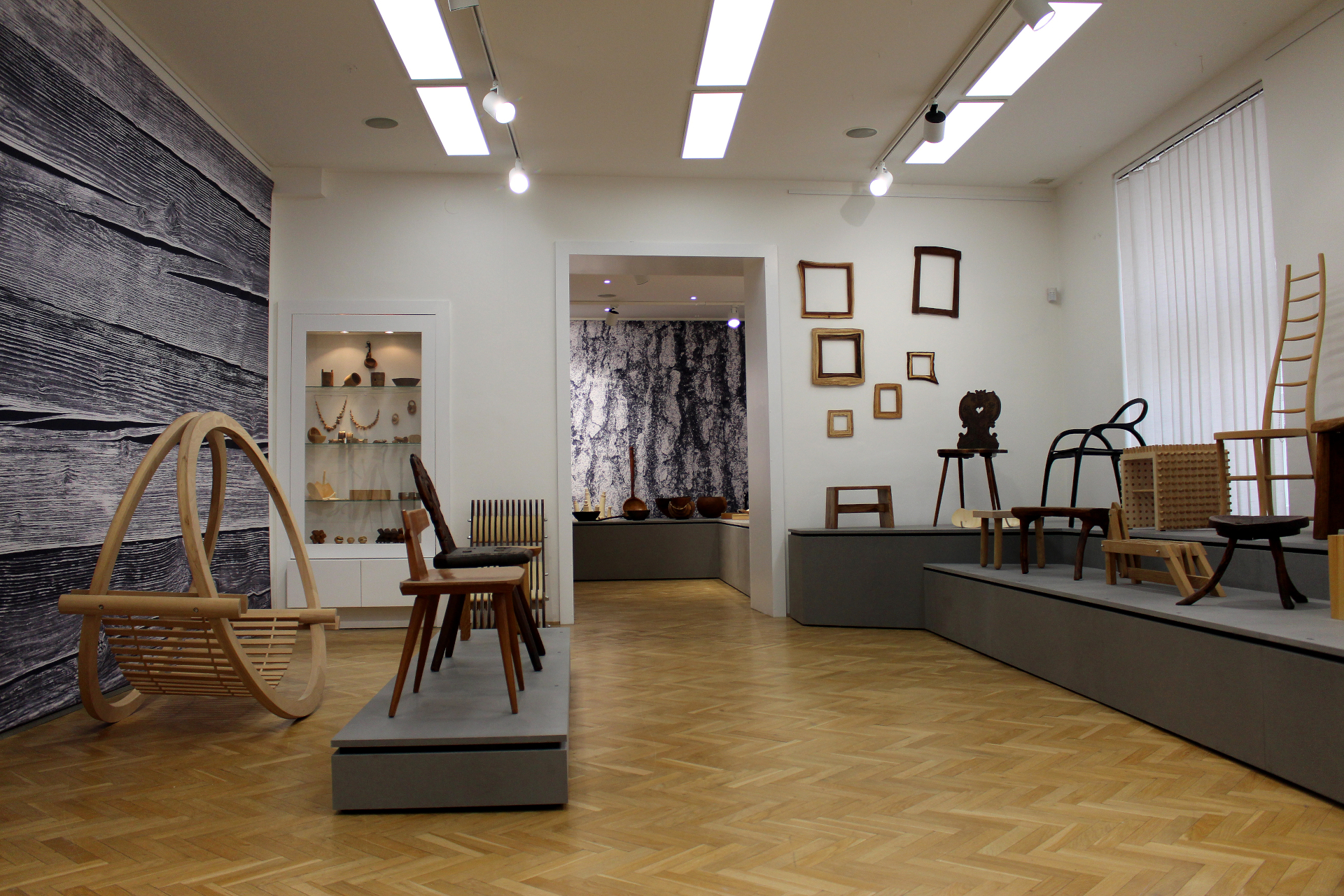 Get more out of your stay with the Bratislava Card. Anyone who loves the arts will appreciate free admission to 12 museums and galleries and discounted entry to other cultural institutions. On top of that, the card offers unlimited travel on public transport, free city tours, and over 100 other attractive discounts of up to 50%. Plan your time in Bratislava, pick out what you enjoy, and savour the city to your heart’s content.

There’s a lot to see in Bratislava’s museums and galleries even over the winter. You just have to choose where to go.